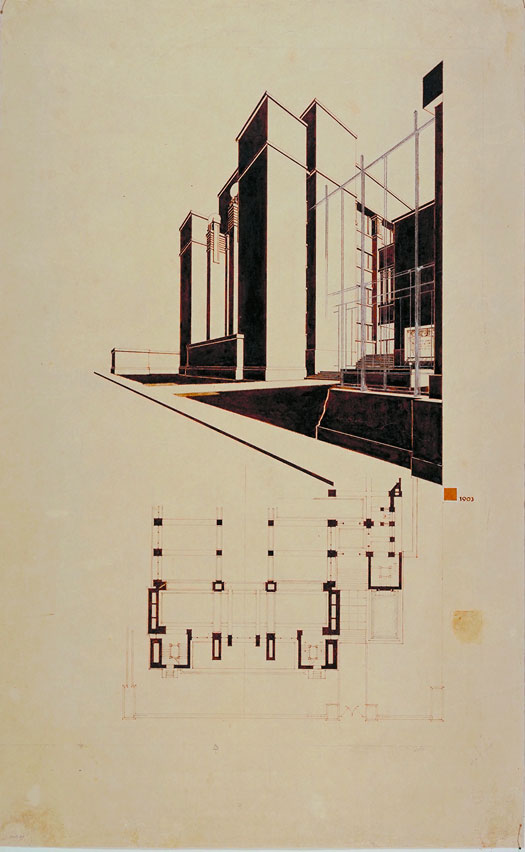 Columbia University, The Museum of Modern Art, and The Frank Lloyd Wright Foundation have announced that the vast archives of Frank Lloyd Wright (American, 1867-1959) have been jointly acquired by the University and the Museum and will become part of their permanent collections. Wright is considered by many to be one of the 20th century’s most influential architects, a figure whose iconic work helped define modernism. The American Institute of Architects, in a recent national survey, recognized him as “the greatest American architect of all time.”

The Archives add to Avery and MoMA existing collections of materials by Frank Lloyd Wright, and this joint acquisition signals a ground-breaking collaboration between the two institutions to insure long term access and preservation of the materials, at the same time providing opportunities to celebrate the collections through public programs and exhibitions, curricular integration, research interrogation and publications.