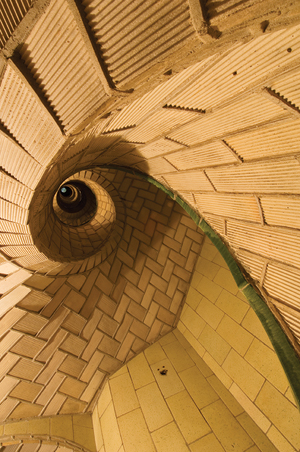 Sixteen drawings and numerous artifacts and photographs from the Guastavino archives in the Drawings & Archives are on display at the Museum of the City of New York. Titled Palaces for the People: Guastavino and the Art of Structural Tile, the exhibition was curated by a team of scholars under the direction of Professor John Ochsendorf of MIT, author of the 2009 monograph, Guastavino Vaulting. The curatorial team included Janet Parks, Curator of Drawings and Archives, Avery Library; Professor Richard Wilson, University of Virginia; Professor Christopher Capozzola, MIT; and Chrysanthe B. Broikos, curator, the National Building Museum, Washington, D.C.. Additional New York material has been added with the assistance of Martin Moeller.

The National Endowment for the Humanities sponsored the development and execution of the exhibition, from a Consultation Grant in 2006 to the implementation grant for the exhibition in 2011 as part of the “We the People” program. Additional funding came from the Institut Ramon Llull and the Diputació de Barcelona.

On April 11th, Janet Parks will moderate a panel discussion on Guastavino’s Palaces for the People: from archive to exhibition.

Panel on innovations in tile with Daniel Libeskind and more  July 7, 2014