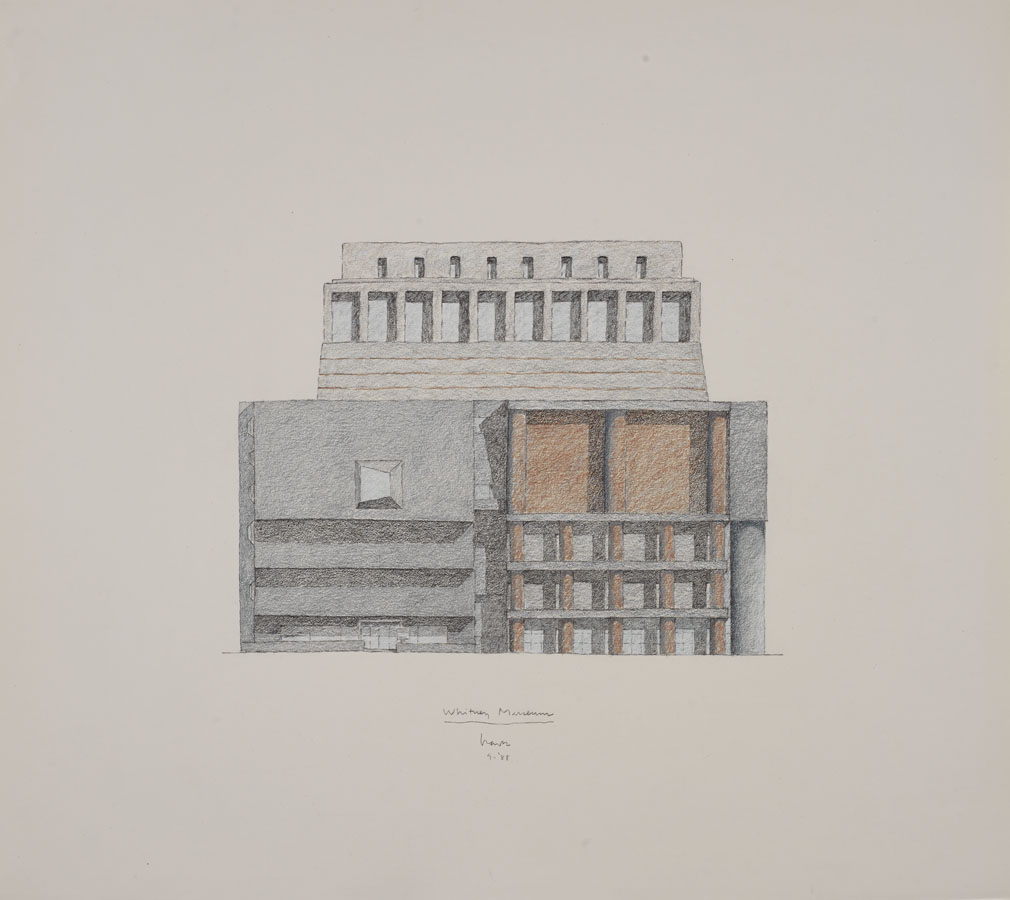 Celebrate Avery’s 125th anniversary at this special one-day only exhibit!
Here’s one of our treasures which will be in the show:

One of the most controversial projects of the 1980s, this drawing represents Graves’ third and final scheme for the Whitney Museum expansion. The Graves proposal was not popular and eventually both Rem Koolhaas and Renzo Piano supplied subsequent schemes. Eventually the popularity of the High Line provided a location receptive to a contemporary building and Renzo Piano’s new museum has recently opened to general acclaim.