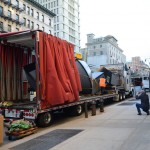 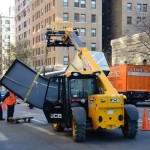 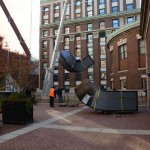 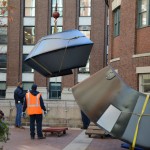 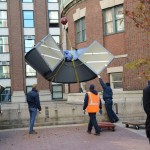 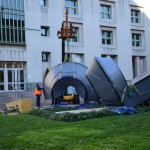 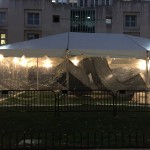 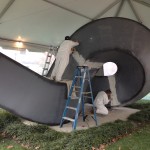 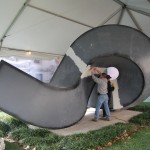 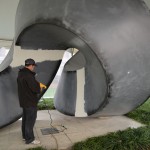 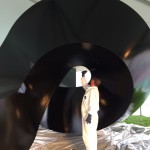 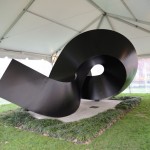 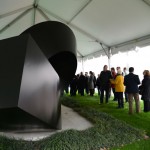 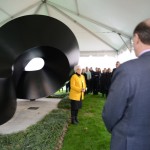 Clement Meadmore’s large public outdoor sculpture has returned to its home in front of Uris Hall!

Conservation Solutions recently reinstalled The Curl after it was offsite almost three months for conservation. A tent was erected for on-site painting and curing, after which it was rededicated in a ceremony held on December 16, 2015.

To see a video of the rededication and more about The Curl  click here. 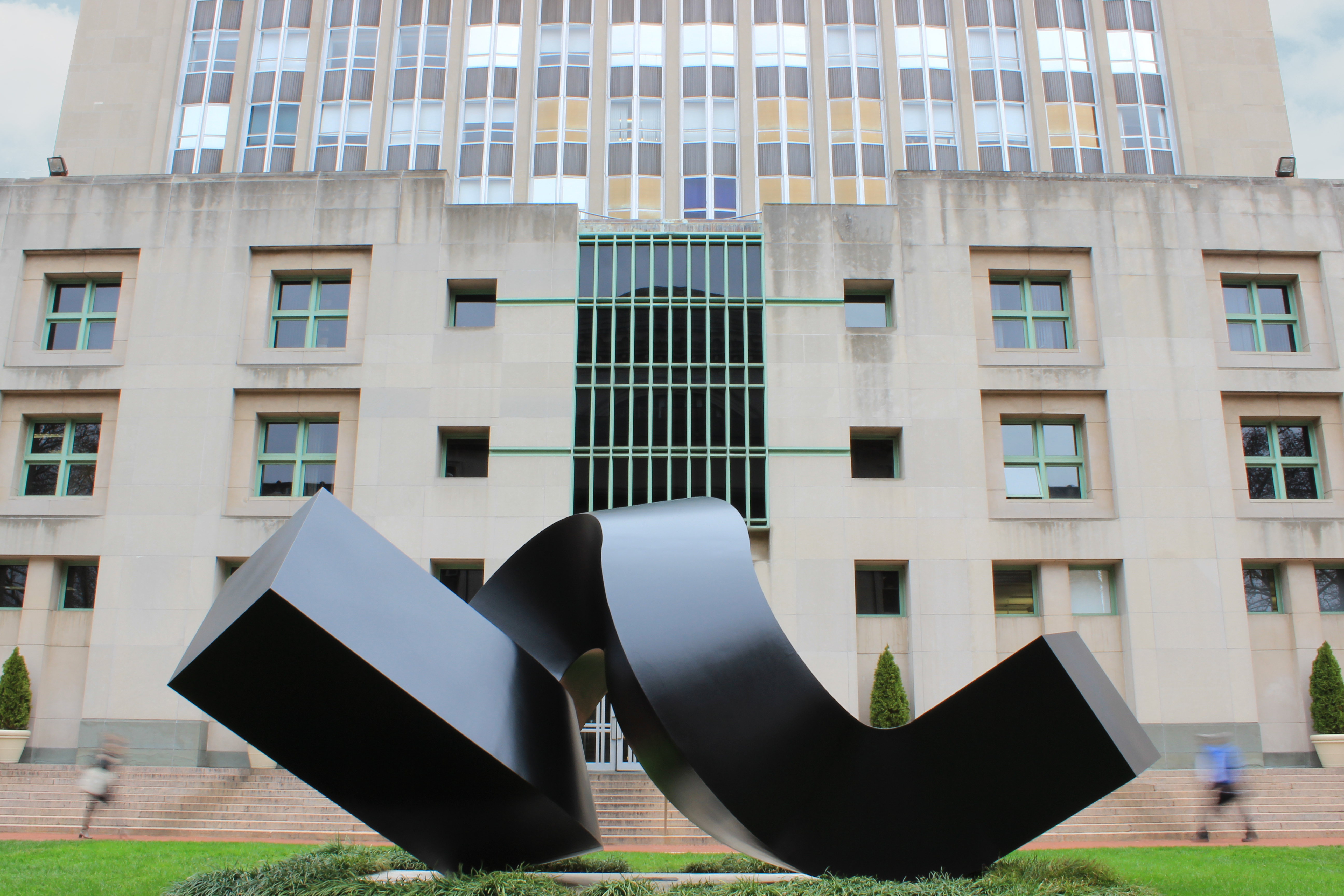