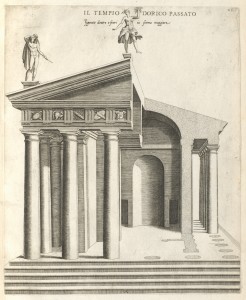 By the early sixteenth century, architects had established conventions for depicting the most important aspects of buildings, namely their elevations, plans, and sections. These conventions have continued to the present day, although computer-aided drafting and three-dimensional modeling programs have begun to alter the architect’s relationship to drawing. This exhibition focuses on a single type of drawing – the section – created by cutting a plane through a structure, allowing an architect to evoke the interior spatial complexity of a building. The images range from Palladio’s section of the Villa La Rotonda (1570) to Ólafur Eliasson’s Your House (2006) in which each of the 454 leaves represent a vertical cross-section of the artist’s own house in Copenhagen.

One thought on “Cutaway: Drawing the Architectural Section”