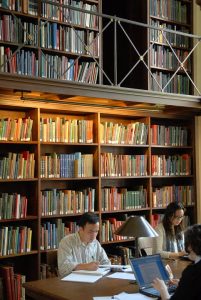 Avery Library welcomes new and returning students! We hope you had a great summer and are ready for the new semester.

Our hours for the Fall semester are here.

Our reference hours are here. When we are not available for reference questions, click on “Ask a Librarian” to be connected to online chat reference.

We are giving tours and orientations of the Library and its resources.

Tours:
The tours take about 45 minutes & are limited to 15 people / tour.
Please sign-up at the Avery Library Service Desk & meet at the Service Desk. 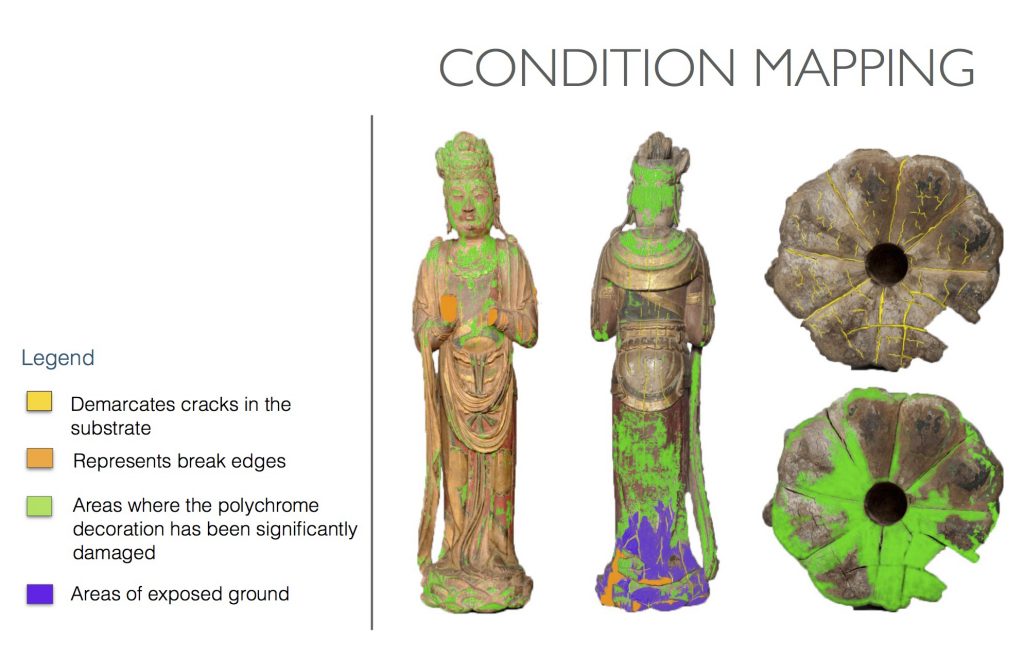 The mission of Art Properties is to encourage the study and research of works of art from the University art collection. As noted in a previous blog post, in 2013 we began a partnership with the NYU Institute of Fine Arts Conservation Center as an extension of this educational mission in support of object-centered learning. Not all forms of conservation involve in-depth cleaning and restoration. In some cases the primary concern is scientific study of a work of art in order to better understand its historical origins. The following is an example of how technical analysis of a polychrome wood sculpture from the Art Properties collection has helped us further authenticate its origins to a particular time period and region in China. 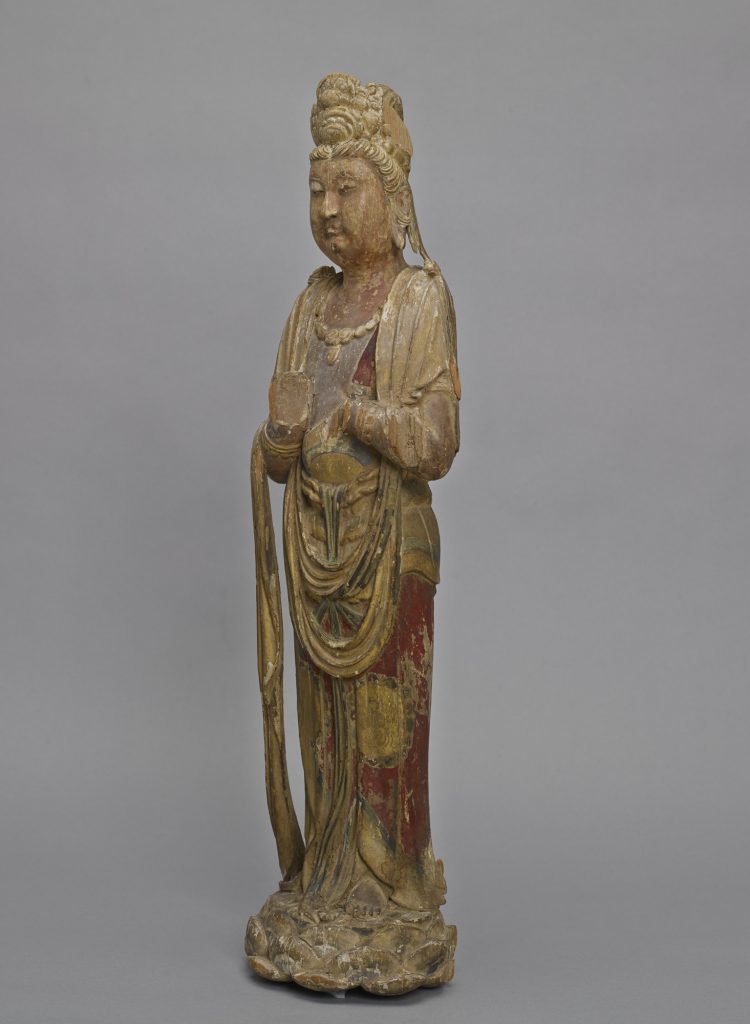 This conservation treatment of a Columbia University polychrome wood figure of a Bodhisattva sought to inform the history and manufacture of the object through technical analysis. A primary goal of the research was to determine the region from where the sculpture originated. In general, scholars have had to base attributions of Chinese Buddhist figures on stylistic analysis. This stems from the limited documentation that exists on the de-installation and sale of Buddhist icons during the nineteenth century. More recently, the application of technical art history to Chinese Buddhist wood sculptures has teased out an apparent correlation between wood species and region of production. Whereas willow, linden, and poplar are identified with regions from Northern Manchuria to Shaanxi, the foxglove tree, also known by its botanical name of Paulownia, grows more centrally in China from the Yangtze River westward to Sichuan. Thus, sculptures from the Liao (907-1125), Jin (1115-1234), and Yuan (1271-1368) dynasties are generally constructed from willow, whereas statues and figures attributed to the Song dynasty (960-1279) are often carved from Paulownia. 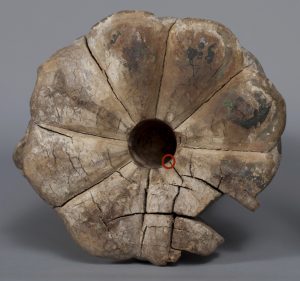 The potential to secure the provenance of the Columbia University Bodhisattva warranted conducting wood identification on the sculpture. After discussing the cost-benefit of micro-sampling with Dr. Roberto C. Ferrari, Curator of Art Properties, permission was granted to obtain a micro-sample for analysis. Thin shavings were removed from a discrete location and were mounted onto glass slides to be observed under magnification. The analysis revealed that the samples possessed characteristics associated with Paulownia, a deciduous tree native to much of China, though most common in the region noted above from the Yangtze to Sichuan. Use of Paulownia was particularly prevalent during the Song dynasty. Thus, the results of the wood identification suggests that the sculpture may have been produced between the 10th-13th centuries. 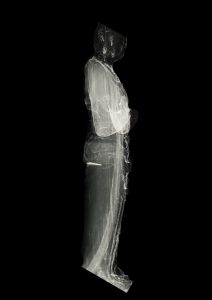 The identification of Paulownia afforded a tangential observation to be made regarding the relationship between wood species and consecratory chambers. As part of the documentation process, the Columbia University Bodhisattva was imaged with X-radiography. In essence, X-radiography uses a high energy source to resolve the internal structure of an object. Examination of the X-radiograph revealed no consecratory chambers present in the Bodhisattva. Only Buddhist sculptures carved in willow have been found to contain consecratory cavities, while statues of Buddhas and Bodhisattvas carved from Paulownia have shown to have no such chambers. This discovery thus falls in line with recent findings noted by Denise Leidy, Donna Strahan, and Lawrence Becker in their text Wisdom Embodied: Chinese Buddhist and Daoist Sculpture in the Metropolitan Museum of Art (New York: Metropolitan Museum of Art, 2010, pp. 38-39). The ostensible specificity of consecratory material then raises an obvious question: Why do sculptures carved in willow bear consecratory chambers? One explanation may stem from Buddhist lore. The Bodhisattva of Compassion, Kuan-yin (also known as Avalokitesvara), is closely tied to the willow. Thus, the religious significance imparted to willow may explain its apparent relationship to consecratory material. This also may suggest, then, that the Columbia University Bodhisattva is not Kuan-yin but rather a different Bodhisattva whose identify remains unidentified.

Ultimately, by studying the sculpture from substrate to surface, the conservation of the Bodhisattva demonstrates how technical analysis can guide decisions on how to approach treatment. Furthermore, the emphasis on research underscores how conservation can contribute to the body of knowledge on art history.

As the world’s attention turns to Rio with the beginning of the summer Olympics, Avery Architectural & Fine Arts Library offers a glimpse into the city’s past. A souvenir album of Rio de Janeiro from the 1920s is included in the Viewbook exhibition, on display through October 31st in the Avery Classics Reading Room.

A cidade do Rio de Janeiro [AA857 R4 C48] features bird’s eye images of the city, along with street and waterfront views, and photographs of important public buildings. The Rio viewbook reveals both the way that the city viewed itself and what appealed to contemporary tourists. The distinctive green-tinted images are collotypes, a common and relatively inexpensive technique for the mechanical reproduction of photographs.