I didn’t come to seminary looking for a career.  I spent most of my early twenties in a “career.”  Starting out as a graphic designer, events planner, and marketing coordinator for a large southeastern material handling corporation, I went on to work for the third largest life insurance company in the U.S. followed by a prestigious marketing firm in San Francisco, CA.  It didn’t take me very long to figure out that I was not where I belonged.  On paper I was successful, competitive, and upwardly mobile.  Meanwhile my soul was plunging into the depths of despair.  One day in 2007, at the age of 25, I snapped.  I turned my back on the whole rat race, vowing never again to return, no matter what the cost.  Now whenever people ask me about my “career” aspirations, I tend to have a “been there, done that” sort of attitude.

Still, one does need to eat.  And so I spent the latter half of my twenties trying to figure out how to do that while maintaining a reasonably self-satisfying existence as a folk musician, a writer, and an artist.  My search for the perfect “day job” vacillated between part-time retail work that left me with enough energy for my creative pursuits but didn’t quite pay the rent, and full-time non-profit ventures that were meaningful and reasonably lucrative but sucked every last drop of creative life-force out of me.  I was trying to juggle the management of an independent bookstore that I started while also independently managing myself as an alternative-folk singer-songwriter when I heard about an ecumenical seminary in New York City that had a master’s program with a concentration in Theology & the Arts.“Those are both things that I love,” I thought to myself.  “I should do that.”

Given my struggle to make ends meet, I can understand how it may not have seemed like the wisest choice on my part to move to the most expensive city in America and take out thousands of dollars in student loans to obtain a “Masters of Divinity,” when I have absolutely no desire of ever becoming a church minister or an academic professor.  Yeah, yeah.  I know.

But this is essentially the manner in which I’ve been making my vocational decisions post-rat-race: I had to “follow my bliss” as they say.  I knew that God had accompanied me on my journey this far, I believed that my soul’s passions must exist for some reason or another, and I never forgot that no matter what happened to me, it would ever be as bad as having to live the lie of sitting in a sales meeting at 9:30 in the morning dressed up in business casual clothing talking about how I thought we could sway our target demographic.

Basically I had a hunch that if I started feeling my way into the future instead of trying to think myself there, then I might be more likely to actually get wherever it was that I ought to be going.

Aaaand just for the record, I was right.

About a year and a half into my seminary program, I received an email about a position that had just opened up in our world-famous library. As usual I was desperate for money, and when I read the word “archives” I pictured something like this: 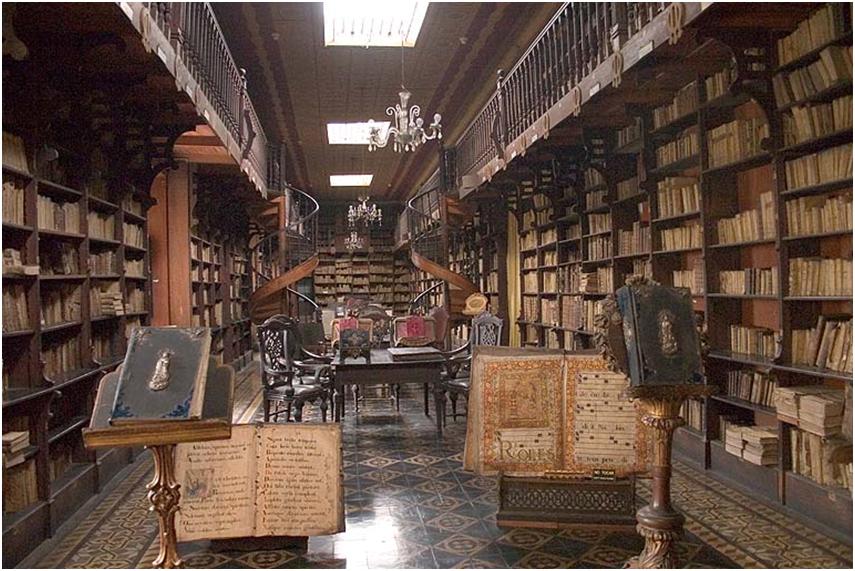 Old, dusty, vintage stuff.  Mysterious unknown documents.  Secret storage rooms.  Piles of papers and books.  “Those are all things I like,” I thought.  “I should do that.”

It started out as just a quirky part-time work-study job, something more interesting than working in the mail room.  But over the next two years, as I began resurrecting the lives and stories of Bertha E. Davis, Robert C. Dodds, Emory W. Ross (how I came to know his red pencil markings so well!), and Reginald H. Helfferich, along with the heartbreaking tale of William Wilberforce Chapin and his wife Isabel, I slowly realized that this job meant much more to me than a paycheck.  Of course it was invaluable in terms of my academic work, for the deeply nuanced historical perspective I gained with regard to the world missionary project and the cross-cultural encounters of the late nineteenth and early twentieth centuries.

But on another level, I was also starting to feel like this was the best day job I’d ever had.  It just fit me, in so many ways. Right before I left to spend a whole summer in Indonesia, it finally dawned on me.  I am born for this job.  I literally love every part of it, from the mindless, contemplative tasks of removing staples from piles of documents or labeling piles of folders with my neurotically neat handwriting, to the intellectually challenging and engaging detective work of piecing together the biographies of people that history had almost forgotten.

Sometimes I was embarrassed to admit how much I secretly loved it.  I mean, no one is supposed to enjoy their job this much.  It’s not….normal.  How could I ever explain the deep, weird inner satisfaction that I get from labeling, organizing, and putting things into their proper places?  How could I convey the Christmas-morning-like excitement that I feel opening a whole new unprocessed box filled with unknown treasures – handwritten letters, diaries, photos, slides, newspaper clippings, manuscripts – and having to figure out what’s in here and why anyone would care?

I loved that I was able to work flexibly at my own pace, and that the work progressed steadily on a project-by-project basis.  My amazing manager Brigette Kamsler, who is both a mentor and a friend, always trusted me to see each of my collections through to completion, and I loved the elated sense of satisfaction I got every time I took something that looked like this:

…and turned it into this: 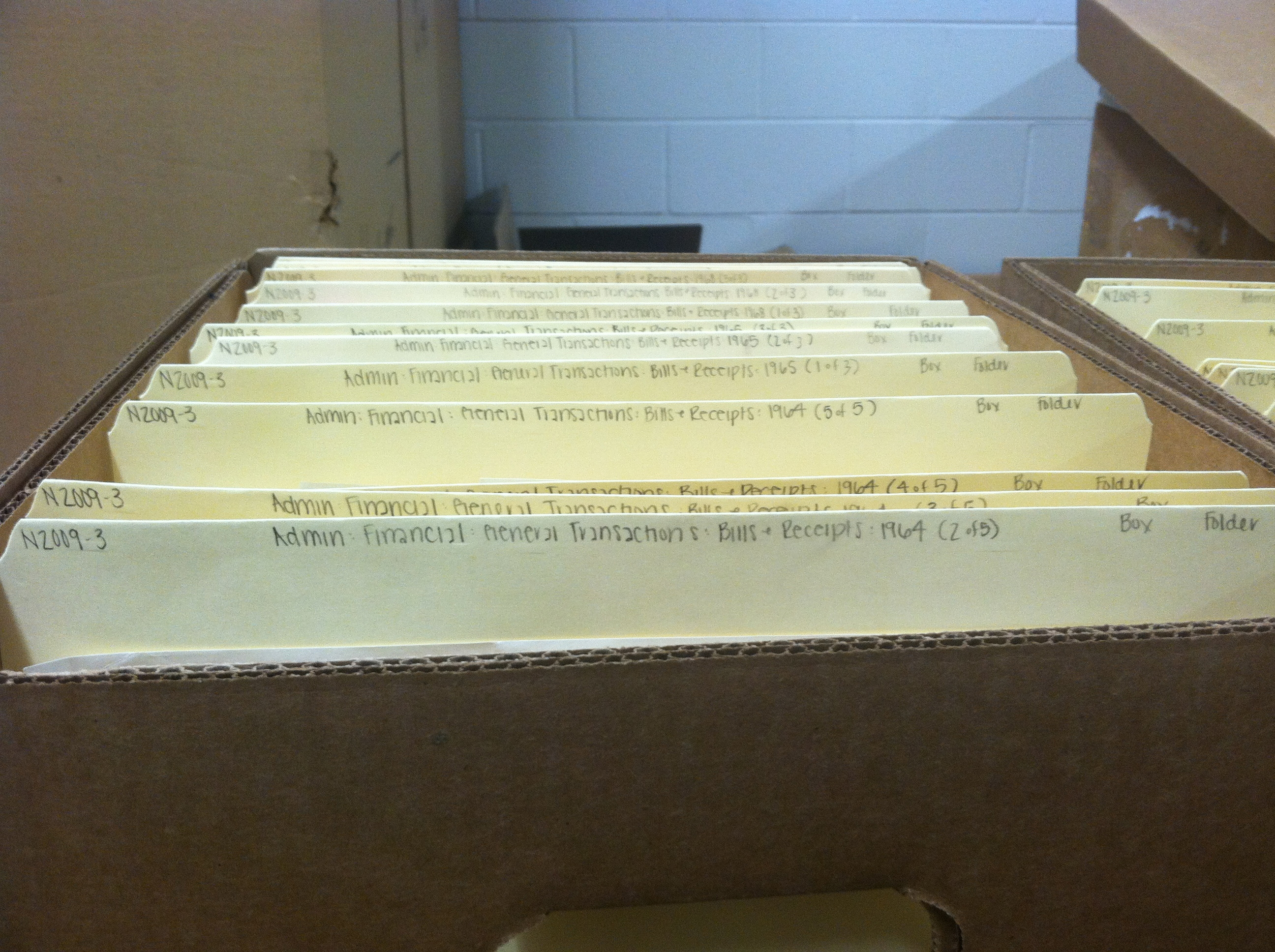 I also loved that I could sit at my desk with my headphones on and block out the world with the music of my choice as I attempted to discern cursive handwriting from the 1800s or place old photos into Mylar envelopes or make copies of old documents that were turning to dust.  Every now and then, I even got in a miniature workout as we moved cartons of paper up and down the maze of stairwells in our Hogwarts-esque library tower.

The labor of archives is academic and administrative, mundane and unpredictable, methodical and intuitive, intellectual and hands-on, solitary and interpersonal.  It’s like everything I ever wanted in a day job, and I’m starting to think that perhaps by coming to seminary I managed to stumble across something like a career path after all.  At least, it is something that I feel like I could happily do as a “day job” for a long, long time.

Recently I saw It’s a Wonderful Life again, and I was struck by one scene in particular at the very end [SPOILER ALERT], when George Bailey’s guardian angel Clarence is showing him what the world would be like if he had never been born.  The town of Bedford Falls had become Pottersville. Mr. Gower had gone to prison for twenty years. Ernie’s wife had left him. Uncle Billy went to a mental institution.  And George’s little brother Harry died at the age of nine, so he was unable to save the lives of a number of soldiers during the war.

This was all very bad.  But the worst moment of all, the final climactic most terrible thing, is when George asks Clarence what happened to his wife, Mary:

I do have to say, the melancholy horror of this moment is somewhat lost on me.  She never married?  She works at the library?  I don’t know…. that sounds like a pretty wonderful life to me. 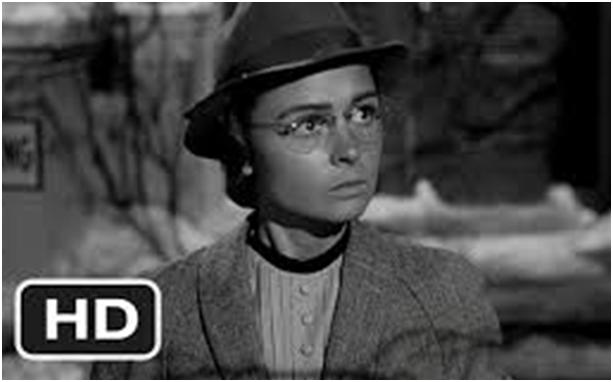 This is why you can't ever let anyone define success for you.  Success happens along the way, in those moments when you remember who you truly are because you find yourself being it.  And honestly, I have had so many of those moments working on the fifth floor of the Burke library….tiny, fleeting moments of success in which I felt like I knew myself, and I felt happy.  For that, and for the laughter and the solitude and the insights (and even the dust), I am so grateful for my work there.  I am sad to be leaving, but as I finish up this last semester at Union Theological Seminary, I am excited to imagine the path forward, still steering towards my heart’s horizon, but now with the practical experience, skills, and self-knowledge that will hopefully open up new opportunities for success along the way.

Thanks especially to Brigette, Liz, Matt, Anthony, Amy, Ruth, and Beth for teaching me so much and for making me always feel part of the Burke family.