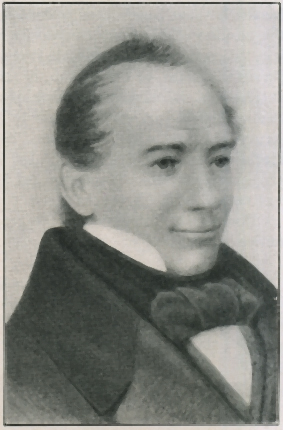 David Washington Cincinnatus Olyphant is credited with bringing the first American missionaries to China, all with the stroke of a pen.

I wish I could give you some good news from this far country respecting our Redeemer’s Kingdom – but I do not see that I can… [Canton, August 6, 1827]

One of the more regularly-used collections in the Missionary Research Library (MRL) is the D. W. C. Olyphant Papers, which is part of MRL6: China. It is believed that the collection came to MRL along with the David Willard Lyon Papers. The Lyon Papers were donated by Lyon himself in 1945.

The Olyphant Papers, while typescript, are the only papers of its kind; the location of the original hand-written materials is unknown. The correspondence was originally composed by Olyphant between 1827 and 1851 with the ultimate recipient remaining anonymous. The letters were copied from the originals by hand by D.W.C’s son, Robert Morrison Olyphant, and then typewritten. In 1914 these copies were lent to Henry Blair Graybill, 1880-1951, a missionary educator associated with the Canton Christian College, who copied them yet again. Finally a Chinese typist under the supervision of David Willard Lyon, 1870-1949, transcribed the letters for the final time in 1916.

For a full biography of Olyphant, please see his collection Finding Aid. His interest in China began through his profession as a merchant in a trading firm. He traveled to and lived in China for a time. It was during his residency that Olyphant wrote the famed letter which ultimately brought missionaries from the American Board of Commissioners for Foreign Missions (ABCFM) to China. Olyphant served on the Board of the ABCFM. In addition to his financial support, his trading ships also offered free passage to missionaries traveling to and from China. Olyphant wrote,

I would you could see your way clear to charter a vessel with moderate funds… I would willingly do the business for nothing, or devote a reasonable commission, or a portion of profits towards their support…[Canton, August 6, 1827]

Olyphant’s later letters mention other missionaries and their work, such as pioneering Scottish missionary Robert Morrison馬禮遜, 1782 – 1834, whom he met in Guangzhou 廣州 (Canton). Other topics of interest include opium, and the addition of California to the United States:

I rejoice in the acquisition of California. The missionaries will be so much nearer Christian land, and being so will have so much more of its sympathy and more of its sustaining care. [Shanghai, October 7, 1850]

In 1850 Olyphant traveled once again to China, but ill health forced him to set out on a return journey to the U.S. the next year. He writes simply,

The collection has been scanned and is available for viewing online.

To request the collection for in-person research, please do so through the Burke Library's Rare Books and Archives Request Form.