For many of us, the start of a new year brings with it new things: new calendars, new resolutions, even new routines. In the Columbia University Libraries, it also brings about… a new budget season. January, which is half-way through our fiscal year, is a good opportunity to take stock of how we’ve spent our acquisitions funds over the preceding six months, and to evaluate what we may want to buy, before the end of the fiscal year in June.

This is particularly true when it comes to purchasing new rare materials. The Burke Library actively adds to its already magnificent collections of rare materials, which includes printed books and manuscripts, bound folios and scrolls, from the ancient world to the present. But how do we make decisions about what to buy?

One of the absolute joys of my job consists of looking for new rare items, discussing potential purchases with faculty, students, and librarians, and then working with vendors, as well as the Libraries’ acquisitions and conservation teams, to bring them to the Burke, where we can then make them available to researchers. 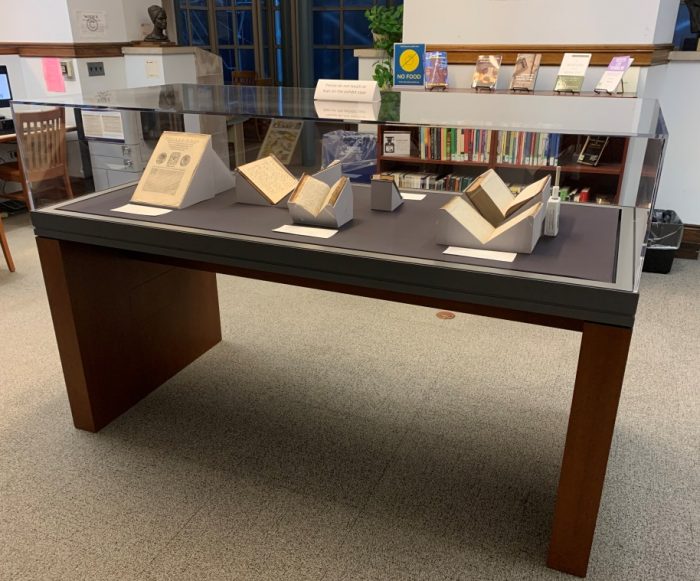 As you might expect, the first consideration for any potential purchase is price. Is an item, such as a large collection of eighteenth-century sermons or a rare copy of the Bible translated into Cree something we can really afford? While it would be nice to purchase whatever we want, the reality is that budgets are always limited. Some budgets need to be spent on specific kinds of items, such as American religious material, or material related to the European Middle Ages. Sometimes, it’s useful to purchase a large number of smaller items; sometimes, to save funds and go for one thing that is pricier but particularly special, whether because of rarity, or condition, or both.

Price is always a factor, but at the end of the day, the most important factor is whether an item adds something new and distinctive to our collections, whether by augmenting a traditional collecting strength, or by opening up a new area of collecting. Last year, for example, I bought for the Burke a number of issues of Ling-Ling, a twentieth-century Spanish-language comic intended to instruct children in Christian missionary practices. It’s a quirky, fascinating, and troubling publication that adds a new element to the Burke’s traditional strengths in material related to Christian missionary practices around the world. 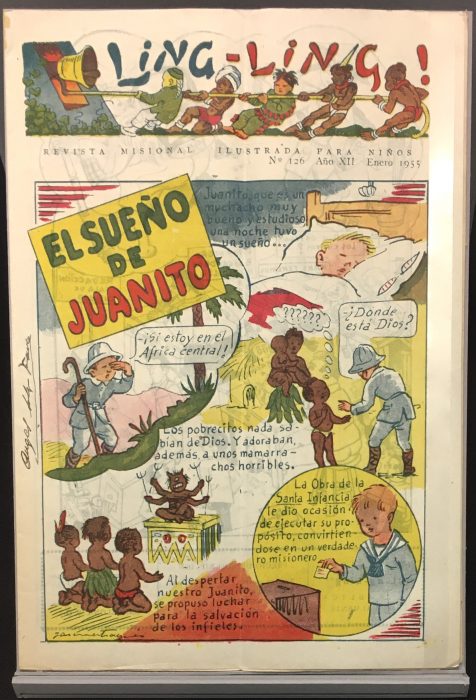 Just recently, I also purchased a marvelous sixteenth-century volume containing fold-out maps of the Holy Land, which builds on our strength in early printed religious material while also adding a new format (maps!) to our collections. One of my main goals is to strike a balance between different types of materials, and to make sure that the things I buy for the library are useful and of interest to as wide an array of students and scholars as possible. 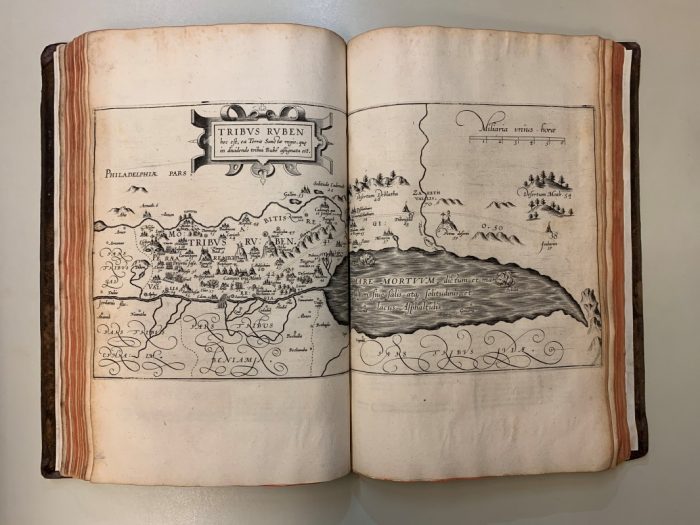 A page from Christiaan van Adrichem’s Theatrum Terrae Sanctae (1590), a new acquisition that includes maps of the Holy Land.

At the end of the day, the Burke Library is a living, breathing place that continues to change and grow with every new item that we add to our collections. The process of buying rare materials can be a complicated one that involves a lot of careful planning. But it is a process that continues to renew this library at every step and to make it such an outstanding center of research and teaching.

PS: Want to suggest items for the Burke Library to purchase? Fill out the “Recommend a Title for Purchase Form” any time.