One of the great joys of working at an educational institution is the chance to meet and interact with students, teachers, and researchers from all over the world. At the Burke, that kind of interaction usually takes place when people come to visit us in New York City. But recently I had the distinct pleasure of bringing a little piece of the Burke overseas to the wonderful town of Provins, France. 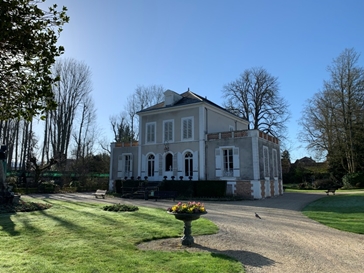 Provins, which is situated a little more than 50 miles to the southeast of Paris, is a town of about 12,000 people. Since 2001, it has been listed as a UNESCO World Heritage Site because of its remarkably well preserved medieval architecture, which includes its twelfth-century walls, a massive fortified tower at the center of the Upper Town, and several beautiful medieval churches. The town is also home to the Fonds ancien et Archives de Provins, the local municipal library and archive which houses, among its many treasures, a magnificent collection of medieval manuscripts and documents. In 2009, Columbia University and City of Provins forged a special partnership, which has given students and scholars at Columbia access to Provins and its many historical sites and cultural artifacts. 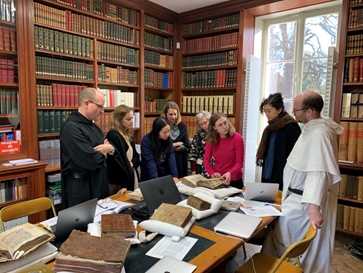 In the summer of 2010, just after the first year of my doctoral program in medieval history, I had the good fortune to be among the very first researchers to visit Provins from Columbia. I spent three weeks in July exploring Provins’ archive and the manuscripts it contained. Two weeks ago, after almost a decade-long absence, I had the good fortune to return to that same archive to help lead a special workshop on medieval documents and liturgical manuscripts. Organized by Susan Boynton, Professor of Historical Musicology at Columbia, the workshop brought together eight graduate students past and present (from Columbia and Union Theological Seminary!) who share an interest in the history, music, and religious culture of medieval Europe. Over eight days, we dug into the contents of more than a dozen medieval manuscripts, learned from one another, and shared laughs and a good helping of fellowship over many meals. 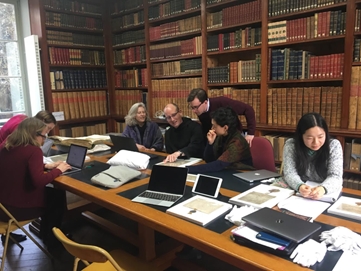 The entire week in Provins was great success, in large part due to the organization and tireless hospitality of two individuals: Susan Boynton and Luc Duchamp, the longtime director of the Fonds ancien et Archives de Provins. But as the week progressed, I was also reminded how the best kind of intellectual experiences are often determined by the people who take part in them—and how the best kind of learning is often communal—and collaborative—in nature. What made this workshop both special and also productive was the group itself. Yes, our daily work sessions in the archive were always interesting and thought-provoking, simply because of the manuscript material displayed before us. But it was also our conversations over dinner or while walking around town in search of the best almond croissants, that we bonded over our shared love of a remarkable period in history. By the end of the week, our discussions, which were as wide-ranging as they were interesting, flowed freely from the library to the restaurant, from the work table to the dinner table. 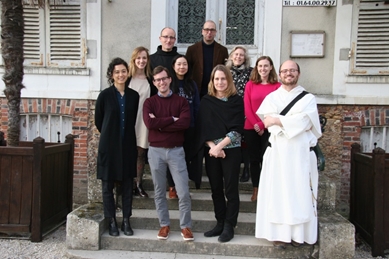 Participants on the last day of the workshop. Photograph by staff at the Fonds ancien et Archives de Provins (2019)

Many people who pass through the halls of today’s universities never realize how the very word university (from the Latin “universitas”) is imbued with the idea of community and shared experience. The university is a product of the medieval world, a time when collectivism in many ways trumped the individualism that has become the norm today. Even as someone who studies the Middle Ages, I am not sorry that the medieval period is behind us. But I do hope that the very medieval notion of a shared intellectual community—universitas—lives on. In our busy lives, it is easy to lose sight of the importance of making the process of intellectual discovery a truly shared enterprise. Two weeks ago, in Provins, a group of us did our best to keep that torch of intellectual discovery aflame. And we are already hoping to plan a second installment of this workshop next year. -JMW