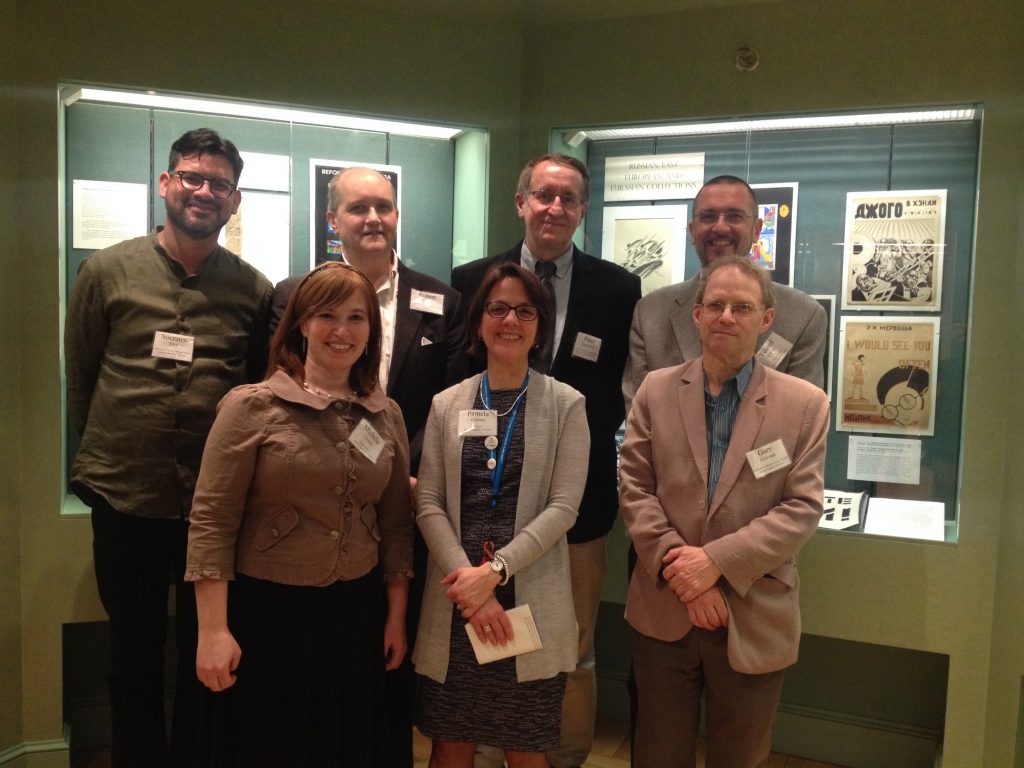 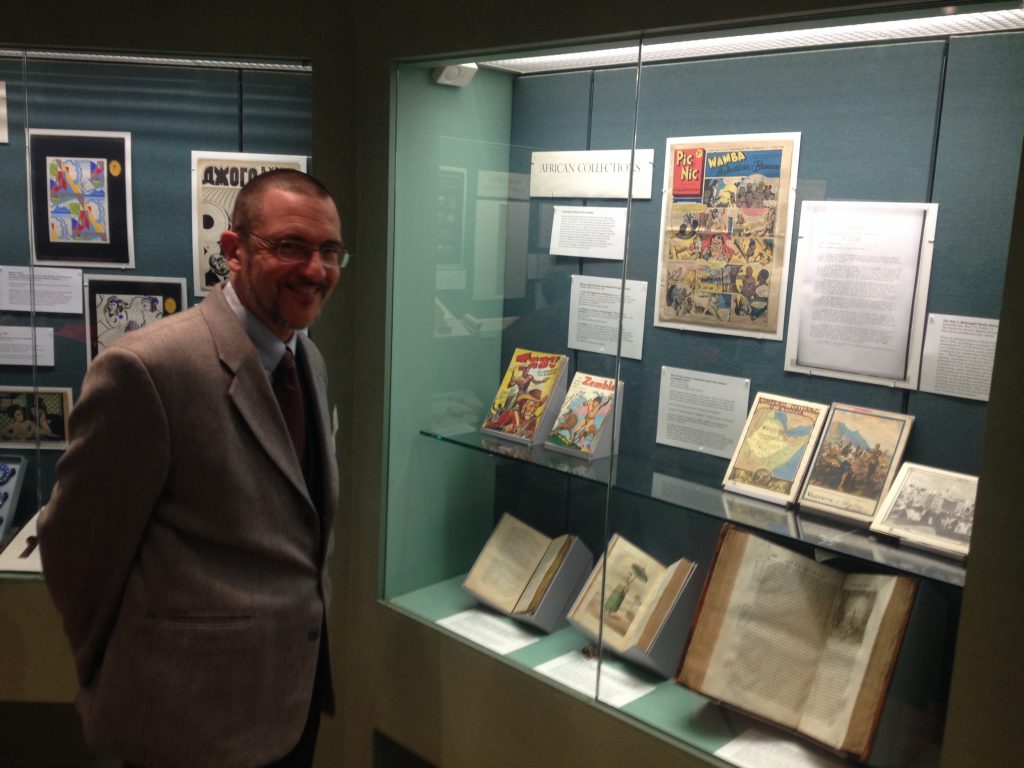 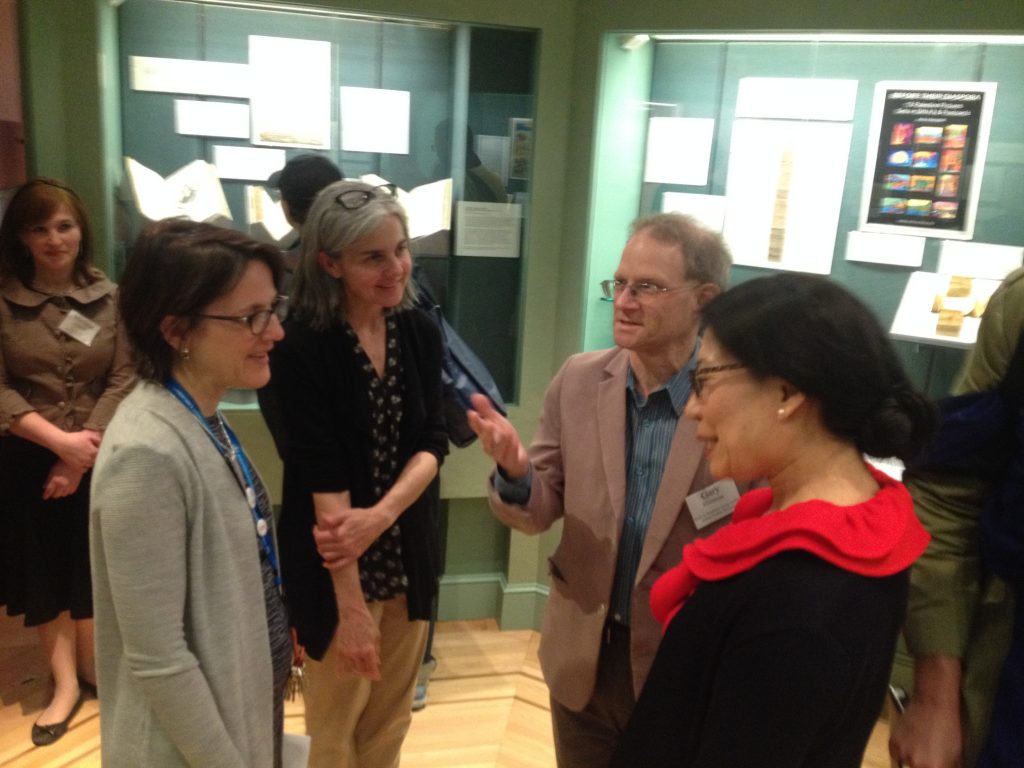 is recognized as a day to raise awareness of the crime of enforced disappearance and to remember those who have disappeared in the context of conflict and other violations of human rights.  Resources in our Libraries’ collections document and enable the study of enforced disappearances, and how human rights organizations and individuals have advocated for justice in these situations. 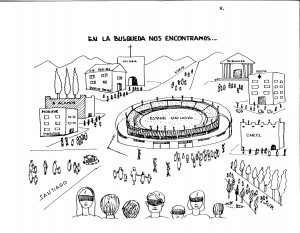 A search of the subject heading, “disappeared persons” in CLIO, limited to our library catalog, brings back over 500 items in our collections. This search sorted by date shows the earliest published items that we acquired on this subject.  This includes Jean Marie Simon’s Guatemala, the Group for Mutual Support, 1984-1985, documenting one of the few human rights groups to be established during the civil conflict in that country.  Limiting this search to the format of video allows you to see films and documentaries that address the topic of disappeared persons.

Human Rights Studies Online, a newly acquired database, is another source of film, documents, books and other resources. Another newly acquired resource, Human Rights Documents Online, offers a trove of non-governmental organization publications dating from 1980 to 2013. [Look for another post soon where I’ll dig deeper into these 2 databases.]

The archives held by our Center for Human Rights Documentation & Research are primary sources that document the work of several major human rights organizations. The drawing displayed above was distributed to AI groups to aid in their campaign to raise awareness of disappearances occurring in Chile in the 1970s and 1980s.

Our collecting also focuses on the present.  The Human Rights Web Archive, produced by the CHRDR and the Libraries, systematically collects and preserves human rights-related websites of over 600 organizations, including groups like the Lebanese Center for Human Rights.

Please contact chrdr@columbia.edu for assistance with exploring the human rights collections at Columbia.

International Women’s Day is observed on March 8th and in the U.S. the month of March is designated as Women’s History Month.   Here are some especially interesting and unique resources available in our collections, and out in the world. 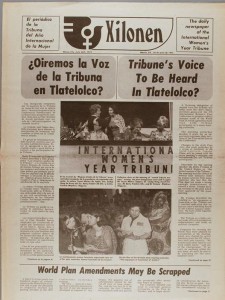 Contemporary Women’s Issues.  A full-text database of articles and other information, global in scope and coverage.

GenderWatch, a database of periodicals, magazines, and journals.

The librarians in Global Studies can assist you with research on women’s studies and gender issues pertaining to the regions of the world that we cover.  The Gender and Women’s Studies Librarian, Sarah Witte, is also available to help. 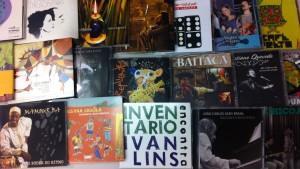 The Sambadrome in Rio de Janeiro, Brazil is the site of parades and performances by the “Samba Schools” during the annual Carnival.   Things have no doubt quieted down since last week’s celebrations.  It’s been an unusually hot summer in Brazil, a counterpart to the frigid and arctic-blast filled winter we are having up here in the Northeast.

One thing that might warm you up is exploring the Libraries great collection of Brazilian music. For several years we have been working with the Library of Congress Field Office in Rio to acquire a variety of new music CDs, in the classical, folk, and MPB (música popular brasileira) genres.  Everything from classical piano to hip hop.  While some CDs have wide distribution, many are difficult to find in the U.S.

Search CLIO to explore our collection of over 1,000 sound recordings. And if you are researching Brazilian music, or simply curious for recreational purposes, check out our subject guide to Brazilian Music, compiled by our former intern, John Kroondyk.  It’s full of great suggestions for reading, listening and learning.

Open access, generally means unrestricted access, usually online, to scholarly research. Open Access content comes in many forms and can include scholarly journal articles, theses, book chapters, as well as entire books. This content can reside in open access journals or in online repositories, such as Columbia University’s Academic Commons. Columbia University Libraries is a strong proponent of OA as evidenced by our 2011 Open Access Resolution and Open Access Week 2013 events.

Many Latin American institutions have historically struggled to afford expensive international journal subscriptions. Likewise, it was difficult for US libraries to reliably acquire Latin American scholarly journals for use by US scholars. As a result, US academic libraries collaborated with their peers in Latin America and the Caribbean to mutual benefit through extensive exchange programs. This approach had limited success in increasing scholarly communication. Digital open access initiatives have largely superseded these efforts.

Founded in Brazil in 1998, SciELO is now present in fifteen countries in Latin America, the Caribbean, Spain, Portugal and South Africa. Expect SciELO networks soon for Bolivia, Paraguay, and Uruguay. A distributed model, each country of the network administers content locally. Funding and other support generally come from national science councils and international organizations.

Open Access has greatly increased the scholarly impact factors of Latin American scholarly publications. Some of the keys to SciELO’s success include a multilingual interface and multilingual abstracts, as well as inclusion in visible initiatives like the Directory of Open Access Journals. In fact, Brazil is the second largest country represented in DOAJ after the United States.

To find out more about OA, I invite you to view this recent, informative webcast, sponsored by SPARC, an initiative of the Association of Research Libraries:

For the second time in two years, I traveled to Bogotá, Colombia in April to attend the International Book Fair of Bogotá, popularly known as FILBO. Along with nineteen other international librarians, I received a generous invitation from Proexport Colombia, La Cámara Colombiana del Libro, and the Centro Internacional de Negocios y Exposiciones –CORFERIAS. Together, they covered air travel, fair registration, and provided other assistance during the professional days of the fair. I also wish to acknowledge the additional support of Columbia University Libraries. 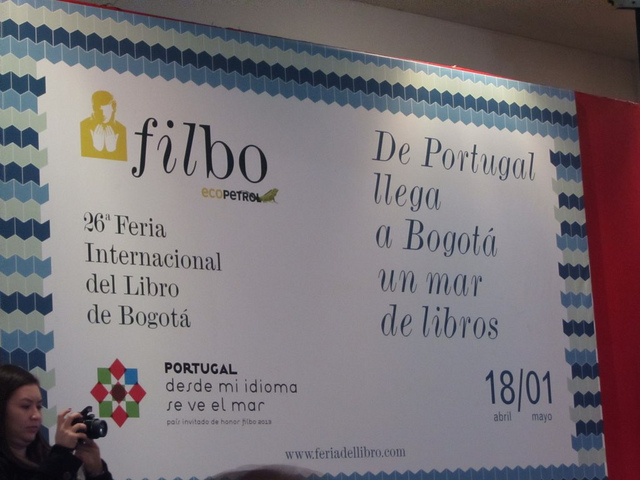 FILBO is one of the three largest annual book fairs in Latin America (together with Guadalajara and Buenos Aires). It is an excellent means of both professional development and selection as 95% of Colombian publishers participate in the fair. Walking around the pavillions, it was exciting to see Columbia and Cornell faculty members' work on prominent display, to include works by Joseph Stiglitz (in Spanish translation) and Edmundo Paz Soldán, among others.

View a Slideshow of Photographs from FILBO 2013

Although primarily a national showcase, Portugal’s pavilion was irresistible as the selection was excellent. Portugal sent over 20,000 copies of their best recent publications in various disciplines. I dedicated almost an entire day to review and select Portuguese titles as the opportunity to explore Portuguese books up close does not come too often.  As this was the first year working with a shared vendor to provide Colombian materials to both Cornell and Columbia libraries, I spent half a day working closely with our vendor, Carlos Retta, to fine tune our selection criteria. In the end, I’m confident that moving forward we will build a deep, wide-ranging collection of Colombian publications in many academic disciplines. We will not duplicate nearly as much (in the past decade Cornell and Columbia's collection of Colombian publications overlapped a full 30%). Instead, by working together, we will reinvest those savings into additional titles from the country to collect deeply from all the university presses and beyond to include La Carreta, Tragaluz, Letrarte, and many more.

A visit to the Candelaria sparked stops at the Librería del Centro Cultural Gabriel García Márquez, the Biblioteca Luis Ángel Arango, and the Archivo General de la Nación. I had not previously visited the national archives and did so at the request of a professor at Cornell to investigate the acquisition of a primary resource collection now available on microfilm.

Today marks the opening of the trial of Efraín Ríos Montt, former Guatemalan army general and dictator, who is being charged with genocide and crimes against humanity.   Guatemala's truth commission report, issued in 1999, put the death toll at 200,000 during the course of an almost 40-year civil war. In a press release, Navi Pillay, the UN High Commissioner for Human Rights, stated   "This is the first time, anywhere in the world, that a former head of State is being put on trial for genocide by a national tribunal.”  The prosecution will turn to an extensive body of documentation, including military records, government documents, and the testimony of 142 witnesses in making its case. It is the exception and not the rule to see so much documentation survive a conflict.

Columbia Libraries and its Center for Human Rights Documentation & Research (CHRDR) provide a gateway to learning about and researching this conflict and the transitional justice process now unfolding.  Some recommended resources:

EIU (Economist Intelligence Unit)
Get the latest country report and country profile of Venezuela. Also, browse the online archive of these weekly, monthly and annual reports.

HAPI (Hispanic American Periodicals Index)
Use this index to citations from over 500 Latin American studies journals (with links to full-text articles) to identify scholarly articles on your topic. Coverage: 1970 to the present.