Twice a year, Chief Justice John Jay embarked on a grueling journey that lasted on average seventy-two days and covered approximately eight hundred and fifty miles on horseback. During these marathon rides, Jay kept to a set timetable that had him preside over the opening and subsequent sitting of each of the six district courts (New York, New Hampshire, Massachusetts, Connecticut, Rhode Island and Vermont) that comprised the Eastern Circuit.[1]

Whereas Circuit Court duties usually left Jay with little time for either recreation or relaxation, periodic breaks occurred within his traveling schedule that allowed him to adopt a more leisurely pace. These breaks presented opportunities to schmooze with old friends, make new acquaintances, and take in the scenic vistas, civic structures, and other sites on display that dotted the urban centers, townships, and countryside of New England.

Jay enjoyed the benefit of downtime while in Boston for the spring 1790 term of the Massachusetts District Court, which met in early May. With few cases on the trial docket, Jay and his fellow judges—John Lowell and William Cushing—spent the afternoon of May 4 outside the courtroom. On this day, the trio crossed the Charles River Bridge into Cambridge for a visit to Harvard College. Jay relished the trip, noting in his diary that they received “much attention from [Harvard’s] Presidt.  [Joseph] Willard.”[2]  A letter to his wife Sally provides further description: “I had two days ago a pleasant ride to Cambridge over the new bridge, of which you have often heard; we extended our excursion to some pretty seats not far distant from the College, and among others Mr. [Elbridge] Gerry’s.”[3] 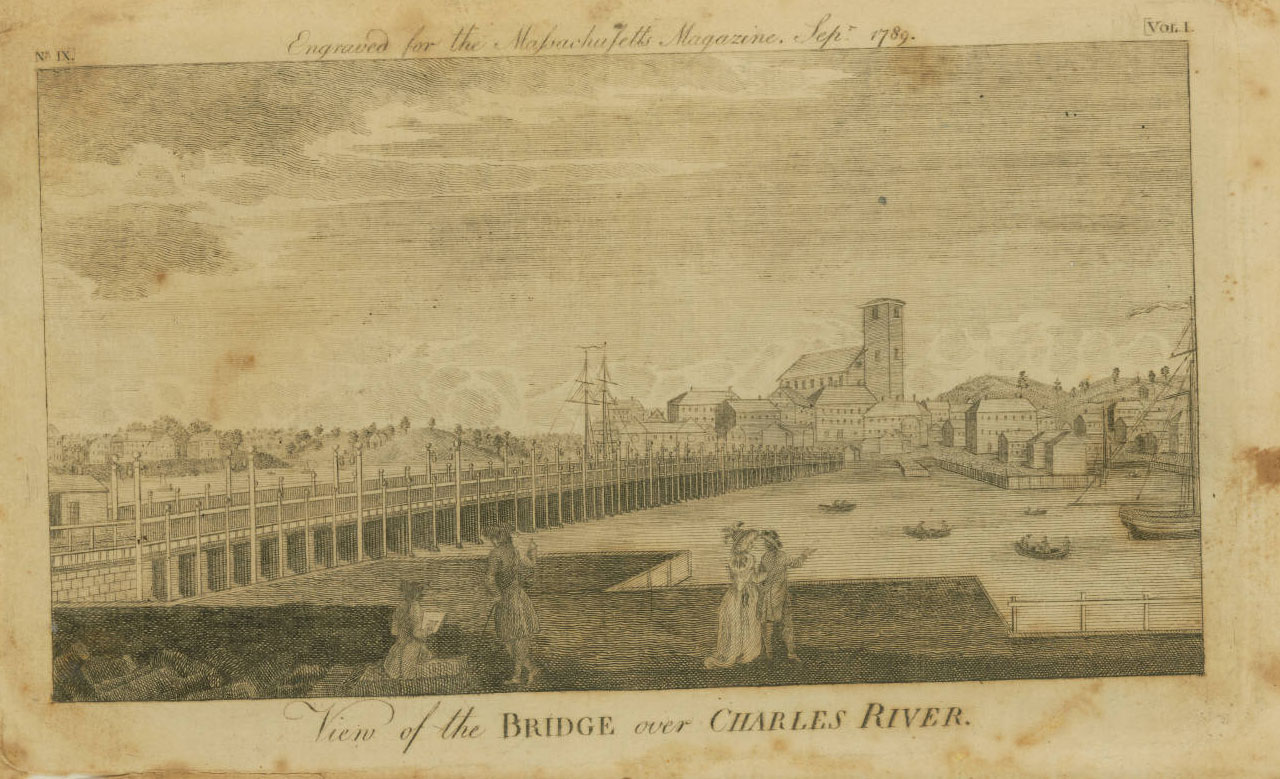 View of the Bridge over Charles River, Massachusetts Magazine (September 1789)

Jay had more opportunities to sightsee and socialize once the spring term in Boston came to a close on May 5. The adjournment left him two weeks before he was due to arrive in Portsmouth for the opening of the District Court of New Hampshire. Jay welcomed the lull in his travel itinerary. “The business of the court having been finished yesterday,” he confided to Sally, “I shall have an opportunity of seeing whatever is worthy of notice in and about the place.”[4]  Jay was true to his word; he explored Dorchester Heights and Castle William during the day and dined with the former governor James Bowdoin in the evening.[5]  On his tour of the historic grounds, Jay was joined by an escort of state officials consisting of Benjamin Lincoln, who had commanded the Massachusetts Militia in 1775-76 and now served as Collector for the port of Boston, Christopher Gore who was appointed State Attorney for the District of Massachusetts, Jonathan Jackson, the District Marshal, and Samuel Bradford, the Deputy Marshal.[6] 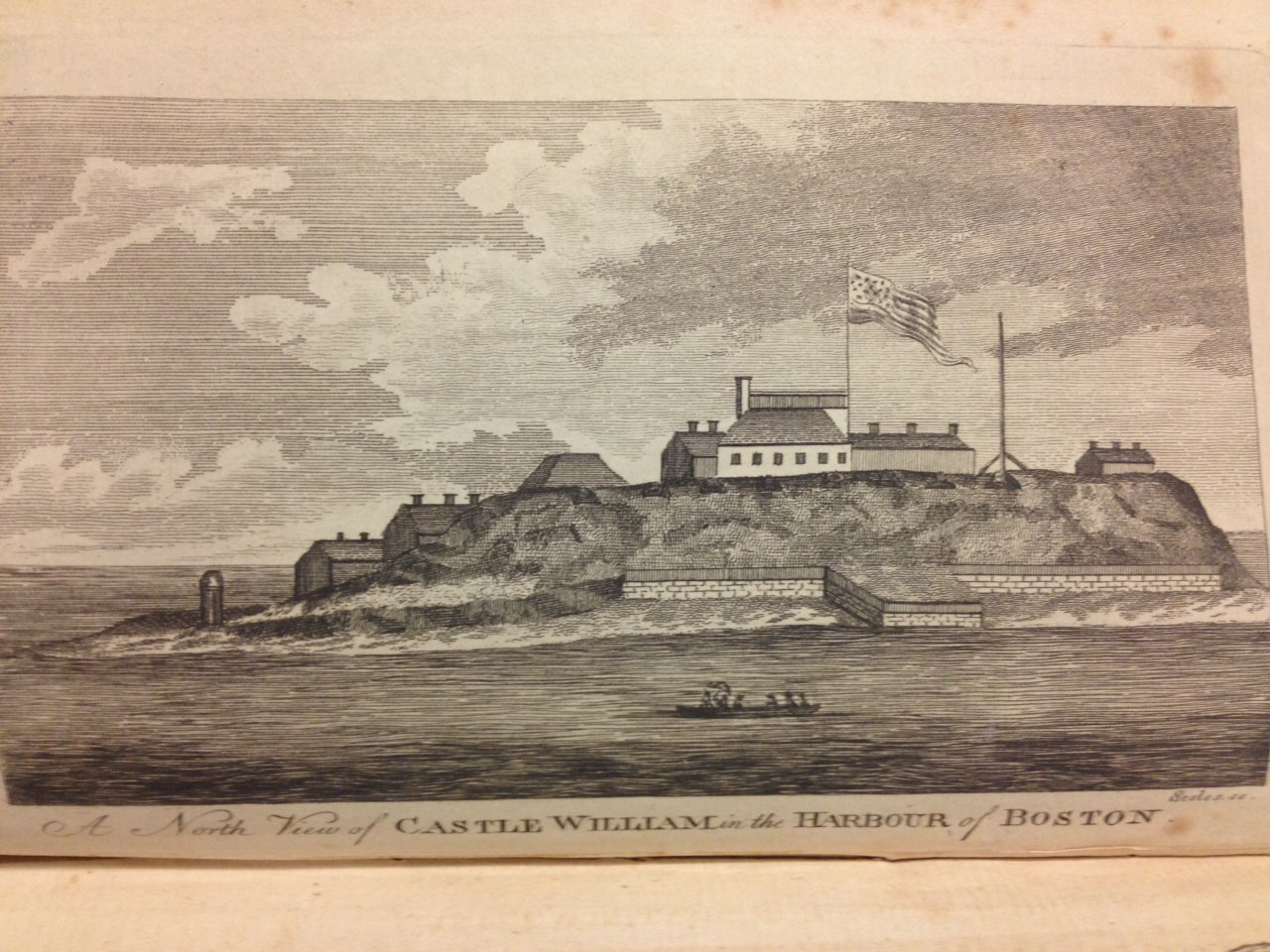 A North View of Castle William in the Harbour of Boston, Massachusetts Magazine (May 1789) 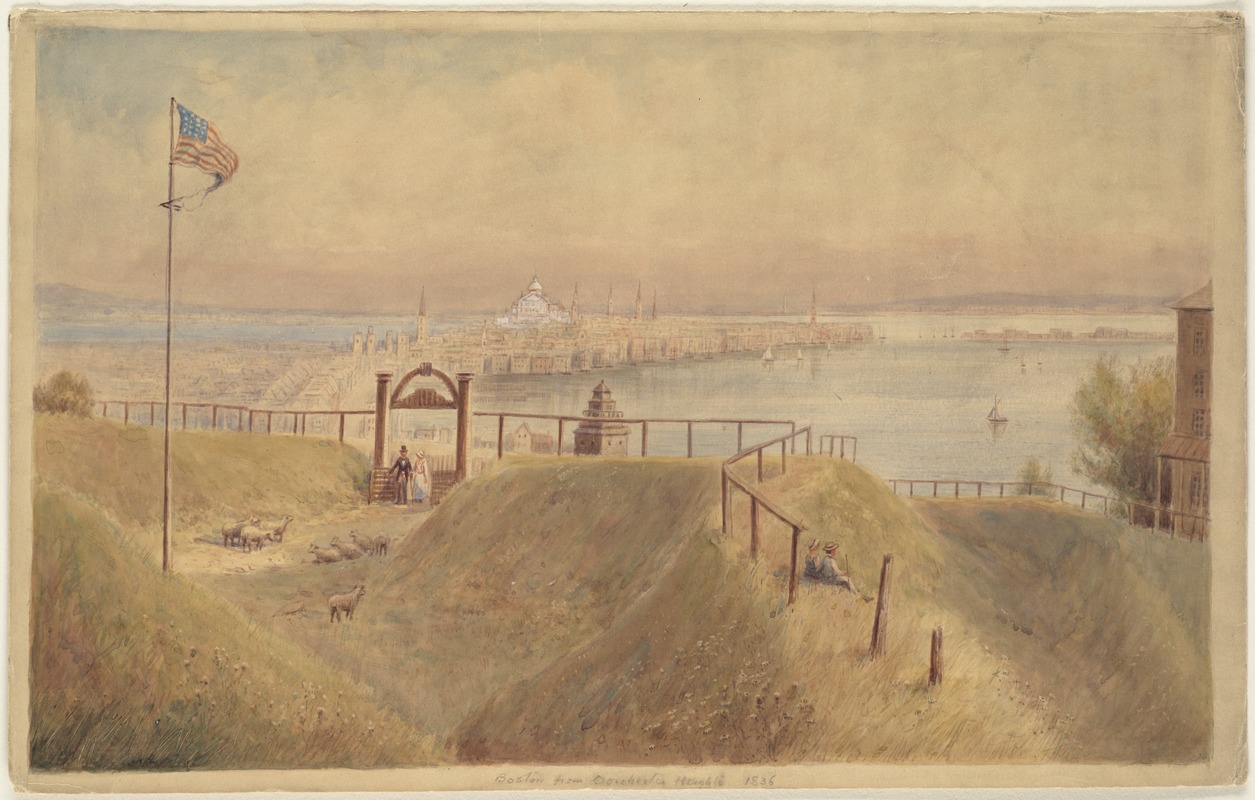 Social visits and leisure outings around Boston proved a welcome respite that afforded opportunities for Jay to engage in camaraderie, indulge his interest in the revolutionary past, and foster his admiration for achievements in American engineering and education. Yet these activities also served a largely unacknowledged and arguably far more important purpose of creating bonds of trust and good will between the chief justice and local elites. The names of the men who spent time with Jay —Willard, Gerry, Bowdoin, Lincoln, Gore, Jackson, and Bradford—reads like a veritable who’s-who of power and influence in Boston and the Commonwealth. By cultivating friendly relations with these men, Jay was exercising a form of “soft power” that potentially bolstered the legitimacy of both his judicial authority and that of the fledgling federal government in communities located far from the seat of national power.[7]

So how did Jay himself view his socializing and sightseeing in Boston? Did he see them as commensurate with public diplomacy and outreach? Unfortunately, Jay’s personal papers are largely silent on the subject. Supporting evidence does suggest, however, that he recognized the political potential of such activities. For instance, when President Washington decided to tour New England in the fall of 1789 in order “to acquire knowledge of the face of the Country. . .and the temper and disposition of the Inhabitants towards the new government,” Jay not only supported the idea but also urged the President to tour the southern states, which Washington visited in the spring of 1791.[8]   Jay’s seemingly unrelated comments on courtship and marriage made four years earlier to John Adams shed further light on how he conceptualized interstate personal relations as a foundation for national consensus. When two Massachusetts statesmen (Elbridge Gerry and Rufus King)  chose brides (Ann Thompson and Mary Alsop) from New York families,  Jay applauded their decision: “I am pleased with these intermarriages,” he announced, as “they tend to assimilate the States and to promote one of the first wishes of my Heart vizt. to see the people of America become one nation in every respect.”[9]  It would be no great stretch to presume that Jay felt similarly about friendships established across state lines.

Regardless of whether Jay viewed sightseeing and socializing as a continuation of politics by other means, his time spent in Boston during the spring of 1790 points to the fact that we should pay closer attention to his travel-related activities and consider how they helped usher in an age of federalism.

[1]  Jay rode the Eastern Circuit from 1790-92. When Jay started his first circuit ride in April 1790, the Court met in only four districts (New York, Connecticut, Massachusetts, and New Hampshire) before expanding to include Rhode Island (fall 1790) and Vermont (spring 1791).

[7]  The city of New York served as the nation’s capital until the federal government relocated to Philadelphia in August 1790.

[9]  Elbridge Gerry wed Ann Thompson in January 1786 and Rufus King wed Mary Alsop in March of that year. Both men married into wealthy mercantile families and the Kings later moved to New York City in 1788. John Jay to John Adams, 4 May 1786, (EJ: 7461).