Chief Justice John Jay was constantly on the go. In order to fulfill his annual duties for the Supreme Court, he attended sessions for weeks at a time in Philadelphia1 and likewise spent months riding the circuit throughout New York and New England. The map below showing the spring 1792 term of the Eastern District highlights the extent of Jay’s work-related travels; for this particular trek, he wore himself out covering a distance of 913 miles in 87 days. 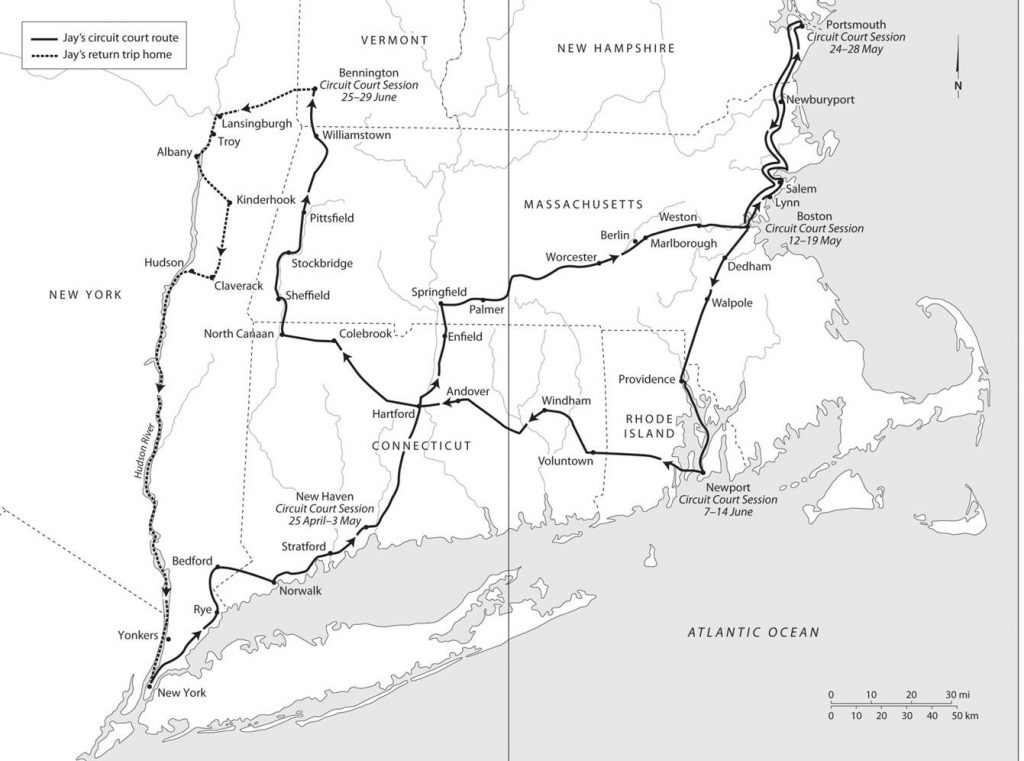 Previous posts on this blog have explored the logistics associated with Jay’s incessant travel, focusing on issues of accommodations, dining, route planning, and sightseeing (Circuit Court Diary, Traversing the Green Woods, A Pretty Good House, Politics by Other Means).2

The John Jay Receipt Book, 1789-1802, sheds additional light on how Jay handled the hardships of the road. 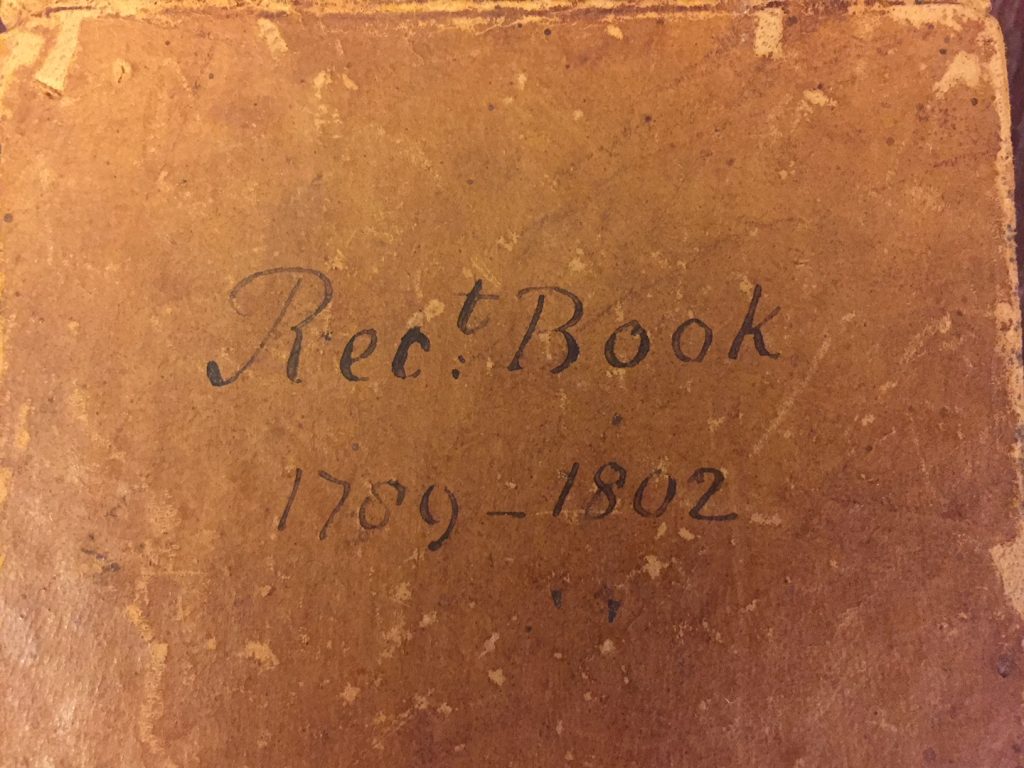 Located in Columbia University’s Rare Book and Manuscript Library, this document provides a record of Jay’s financial transactions. Included among the hundreds of receipts is a brief entry from mid-July 1790 showing that Jay paid twenty shillings to Christopher Colles for a series of “Maps of the Roads”. 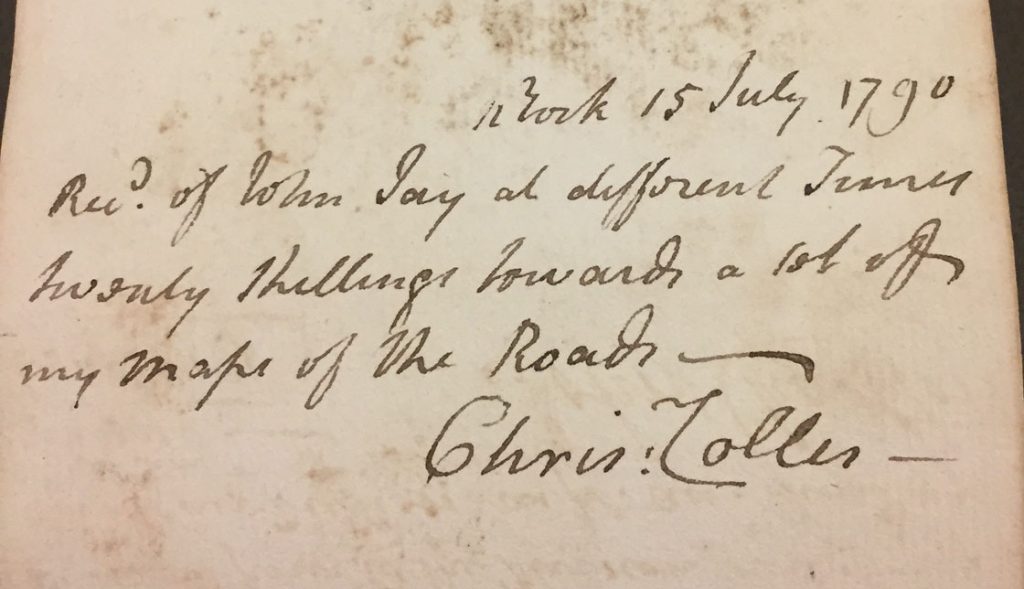 Colles published A Survey of the Roads of the United States a year earlier. The volume contained 83 strip maps covering the network of major thoroughfares that linked New York City, Albany, Stratford, Trenton, Philadelphia, Annapolis, and Williamsburg. Colles designed his work to serve as a geographic guide “specifying all the cross roads and streams of water which intersect it, the names of the most noted inhabitants of the houses contiguous to or in view of the road; the churches and other public buildings; the taverns[,] blacksmith’s shops, mills, and every object which occurs to render it a useful and entertaining work”.3 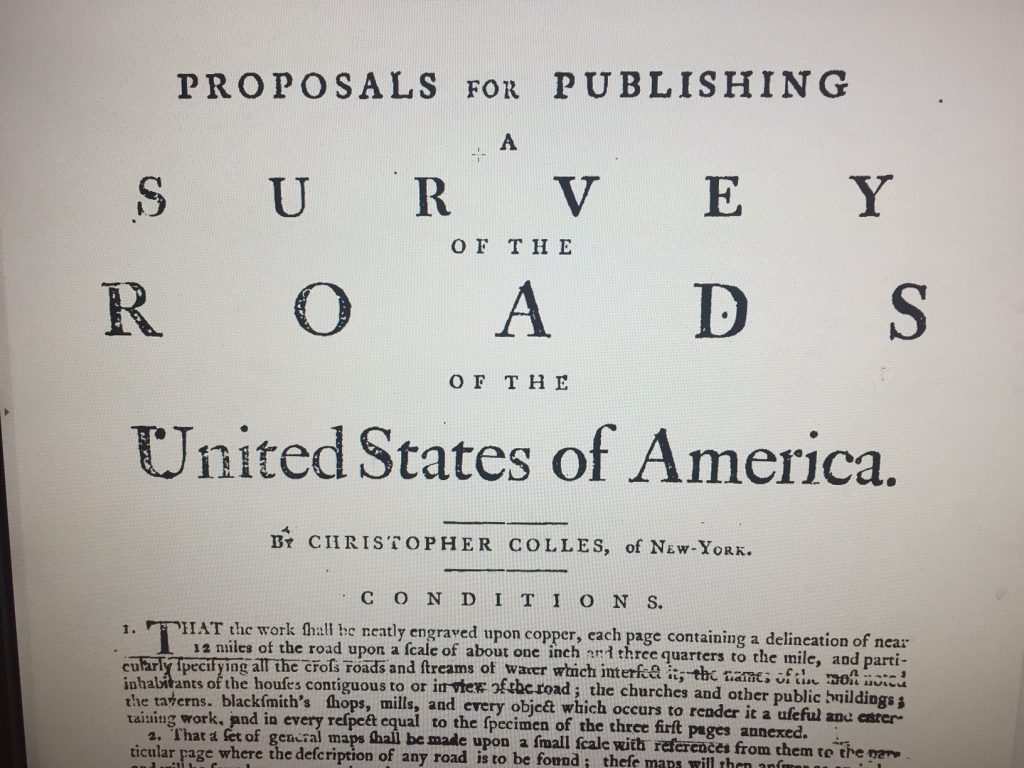 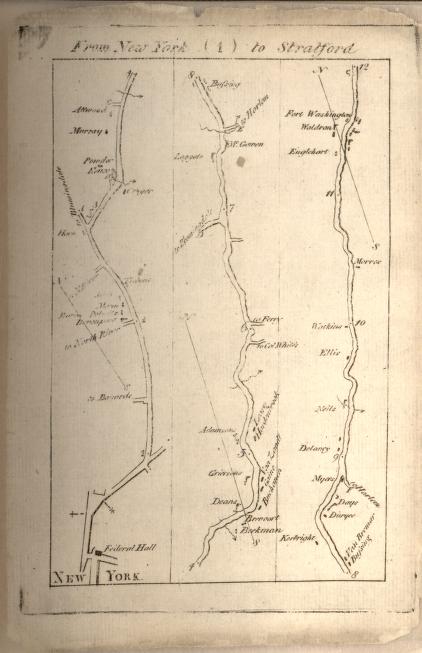 Strip map from Colles’ Survey of the Roads showing part of the route from New York City to Stratford, Connecticut

The Chief Justice embarked on five trips in the twelve months following his purchase of the Survey. Jay makes no explicit mention of Colles’ work in either his correspondence or his travel diary. Nonetheless, since the Survey offered a more efficient travel experience he more than likely consulted the guide when planning his journeys on behalf of the Supreme Court. Jay would have used it to both draw up a timetable to calculate the distance of his daily travel and to produce a schedule for arranging his overnight lodgings and meals.

1. The Supreme Court convened in New York City throughout 1790 before moving to the State House in Philadelphia for its February 1791 term.