Editor’s Note: We are pleased to welcome Jack Engel as a guest contributor to the John Jay Papers Blog. Engel is a high school senior who has served for several years as an intern at the Jay Heritage Center in Rye, New York. He is the inaugural recipient of the John Jay History Prize, an annual award given by the Heritage Center to an outstanding volunteer and high school intern.

John Clarkson Jay Jr. (1844-1923), the great-grandson of John Jay, was born to John Clarkson Jay Sr. and Laura Prime Jay. John C. spent his childhood at family residences in Rye and Manhattan and like his namesake father, he pursued medicine as a profession, graduating from the Columbia College of Physicians and Surgeons in 1865. In addition to his medical studies, John C. served the Union cause during the American Civil War, working in hospitals located in Washington D.C. and New Orleans. Following the conflict, he accepted an appointment as a state examiner for lunacy and helped establish the New York Free Dispensary for Sick Children, a charitable institution that provided healthcare for families in need.[1]

The Jay Heritage Center in Rye, New York, houses several artifacts and documents of John C. and his family, including photographs, correspondence, as well as specimens from an extensive shell collection belonging to his father, a noted conchologist.[2] 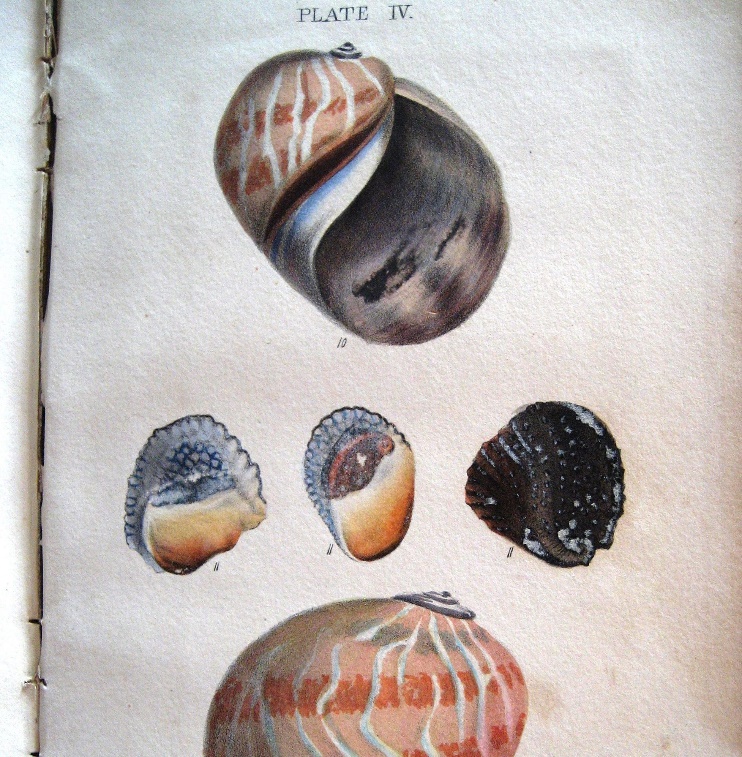 In addition to these materials, the Heritage Center also possesses five letters that John C. wrote to his mother during his travels in central Europe. In the summer of 1866, he visited Leipzig, Vienna, and Prague for the purpose of expanding his medical knowledge. Writing from Leipzig, John C. detailed his adjustment to German life, lamenting that his “German [was getting] on very mildly.”[3] He disliked the “coffee and rolls” served in the morning and longed for “Rye breakfasts.”[4] These complaints, however, paled in comparison with the dangers posed by the Seven Week’s War, a conflict waged between Prussia and Austria. John C. noted the presence of “Prussian black hussars” who had fought in locales where “cholera has been most severe & a subsequent epidemic”.[5] He recounted the outbreak’s impact on the community, saying that “Special prayers” were read for the “Cholera victims” at almost every church service.[6] This added a grim layer to John C.’s medical training and a parallel to our current COVID-stricken existence. Nevertheless, John C. still found time for relaxation. He visited the “famous old oak” that he “heard so much about” during an afternoon stroll.[7] He also made time for collecting shells, asking his father “whether he has any fossil shells from the lime formation of Saxony and if he wishes any”.[8]

John C. wanted to pack as much as he could into his letters home, but found paper to be expensive and hard to come by. So Jay resorted to the “cross-hatch” technique, economizing his letters by writing on top of–and across the text, once the pages filled up. 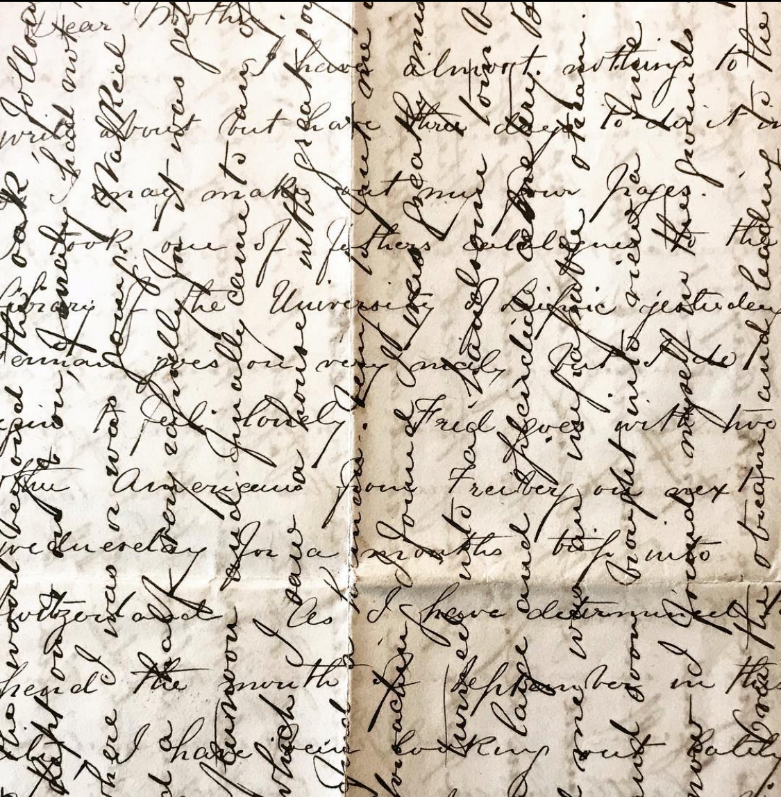 Although daunting to read, once transcribed, these letters reveal compelling details about his trip. We now know, for instance, that John visited Leipzig’s Rosenthal, “a splendid park, in size nearly equaling. . .Central Park but in beauty not approaching it though the trees are majestic”.[9] Although a seemingly minor detail, this vignette provides insight into how John C. spent his time abroad and reveals the richness of his European travels.