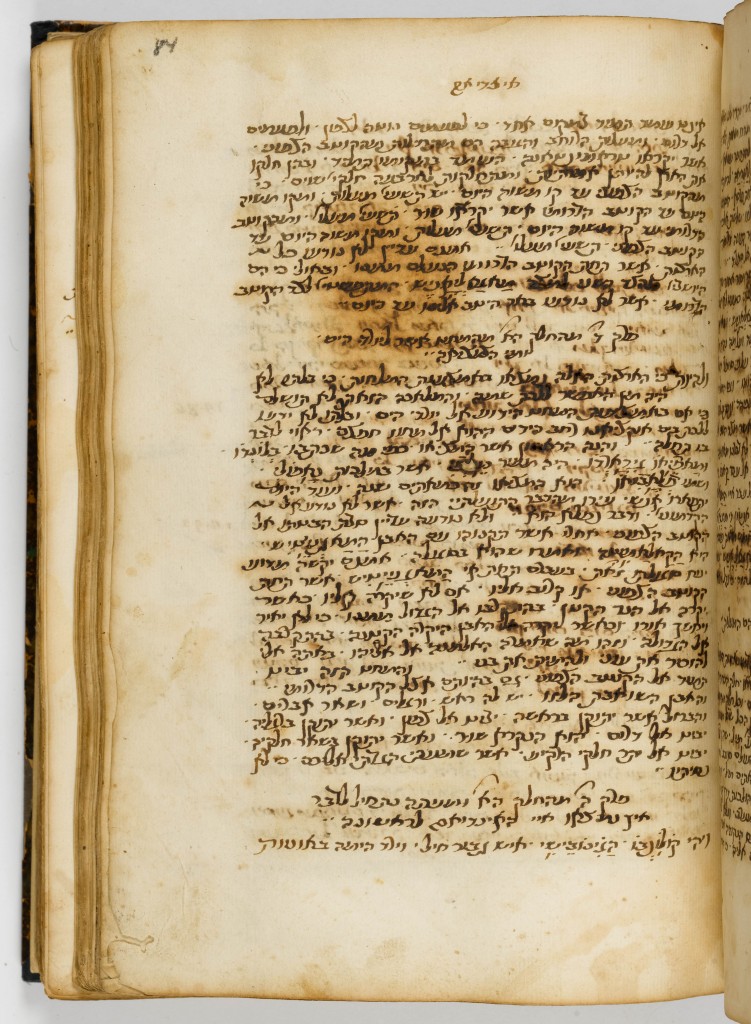 The Hebrew manuscripts at Columbia traverse the globe, from India to Germany and France and many places in between.  The Americas are also part of this story, as we see in the manuscript depicted here.  This manuscript is called ha-India ha-hadasha, basically translated as “The New India.”  It is actually a Hebrew translation and abridgment of a Spanish work in two parts, Francisco López de Gómara’s “Historia General de las Indias.”  Our manuscript, written in 1557, is one of at least nine which were penned by Joseph ha-Kohen.  According to an article by Richard Gottheil, who purchased this manuscript and ultimately donated it to Columbia, there is only one other known copy in existence, at the Alliance Israelite in Paris.

While this manuscript is a fascinating one, and is probably of interest to many for such an early depiction of the New World intended for a Jewish audience, it is unfortunately in such bad condition that it cannot be handled before extensive conservation work.  The ink has bled through many of its pages, causing them to stick together and sometimes tear.

Columbia University was recently able to hire a third conservator to work on its many rare collections, and at this moment, the Conservation Department is hard at work on some of the Hebrew manuscripts, preparing them for an exhibit in Fall of 2012 (more info to come on this!).  The conservator was hired as a result of a challenge grant from the Mellon Foundation, which requires Columbia  to meet its $1 million donation to maintain the conservator.  For more information about Columbia Conservation and the Mellon grant, see here: https://alumni-friends.library.columbia.edu/mellon_conservator.html

Update: Thanks to the generosity of the Berg Foundation, this manuscript was conserved and digitized in 2014 and is now available online.