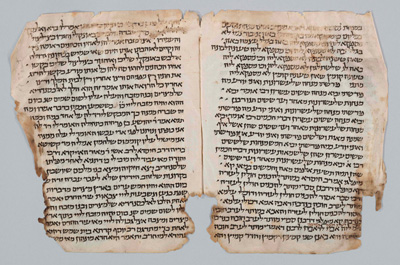 I am pleased to announce the acquisition of a new database for the study of Talmud at Columbia, the Sol and Evelyn Henkind Talmud text databank.  The databank includes typed transcriptions and images of nearly all of the critical manuscripts and early printings of the Talmud, to allow scholarly research of variants and alternate readings of the text (including the Columbia Talmud and the 10th century Menahot – shown here – from Columbia's collection).