The wonderful thing about Columbia’s rare Judaica collection is that there is so much yet to be discovered – and rediscovered!  A brief foray into the RBML rare stacks always yields wonderful stories.  A couple of weeks ago, I began looking at some of the very largest rare Hebrew books, trying to see if any of them contained clues to the collection’s history.  Opening a Mahzor (Call number: B893.17 J68 F, published 1599, Venice), I 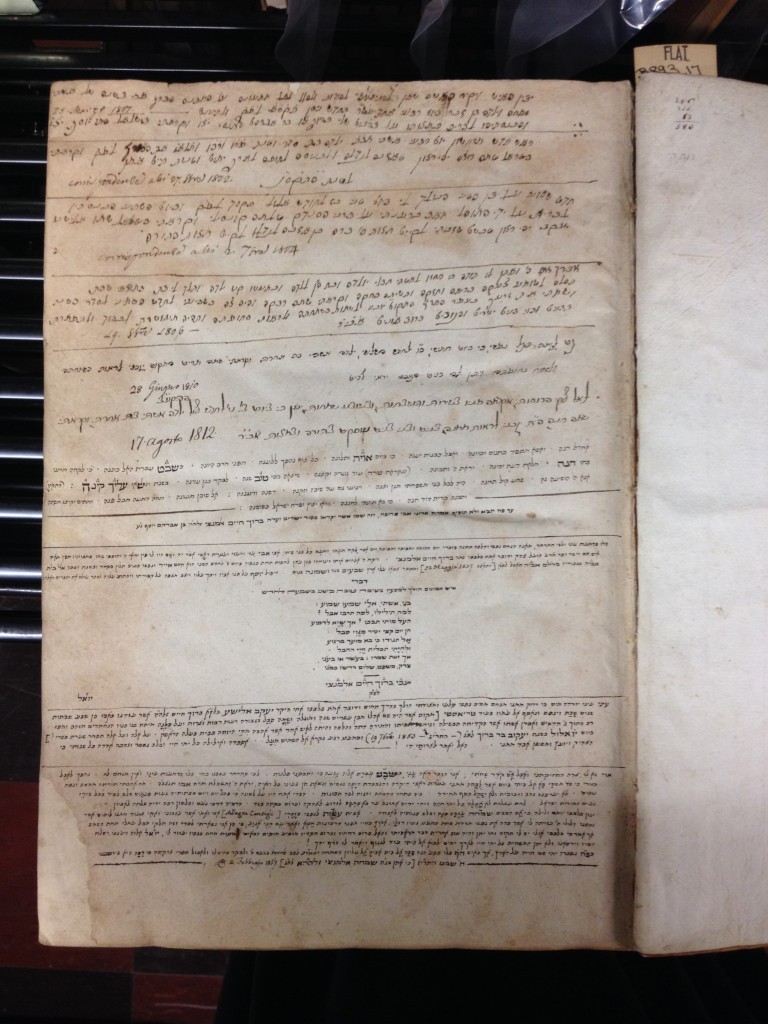 saw an extensive listing of family history, in what looked like two hands, covering half a century, from 1801-1857.  Intrigued, I saved the image, bearing in mind that I’d want to do further research at a later time.

Today, however, in doing other research about Joseph Almanzi (whose collection was sold to Temple Emanu-el in 1872 and gifted to Columbia in 1892), I found an article by former Professor of Rabbinical Literature and the Semitic Languages at Columbia, Richard Gottheil, which discussed this exact book and its handwritten contents!  The article (written in 1893 in the Jewish Quarterly Review and accessible to Columbia affiliates via JSTOR) carefully lists the Almanzi family’s dates of birth and death, as noted by father Barukh and son Joseph:

Joseph (Giuseppi) died a short three years after his mother, in 1860.  His collection, of course, lives long after him.