The Conservation Department at Columbia University Libraries is an often unsung hero of the libraries.  The work of their talented conservators encompasses all areas of the library, and ensures that our collections, both modern and ancient, will endure for years to come.

Many times, in a routin

e conservation activity, hidden aspects of books come to the fore.  This was the case of a commentary on the Bible by Rabbenu Bahye, printed in 1514 in Pesaro by Gershom Soncino.  The Conservation Department had received the book because the text block was broken, and they planned to repair the book and box it for protection.  While assessing the book, however, the conservators noticed an additional oddity. As shown below, two pages from another edition of the same book had been pasted together inside the book to replace a missing page.  The owner then crossed out the first few lines of the replacement page, so that text would be continuous from the original edition.  The owner did the same for the end of the added pages, again ensuring continuity for the reader of the text.  As you can see here, the text block was separated right at this point

in the book.  The added pages had weakened the book, and so the pages needed to be separated in order for the book to be stabilized.

Once the pages were separated, the question then was: how to maintain the integrity of the history of this book, without compromising its stability?  The decision was made to line the versos of the replacement pages (which had previously been glued to each other and were thus hidden) with a translucent material, so the text

would show, but only lightly, indicating that this had not been the original way that the book was used.  A note describing the treatment was also included with the book, so a reader could understand how the pages had initially been glued together.

The amount of thought and effort that goes into conservation work is incredible.  The conservators think about all aspects of the book, physical, 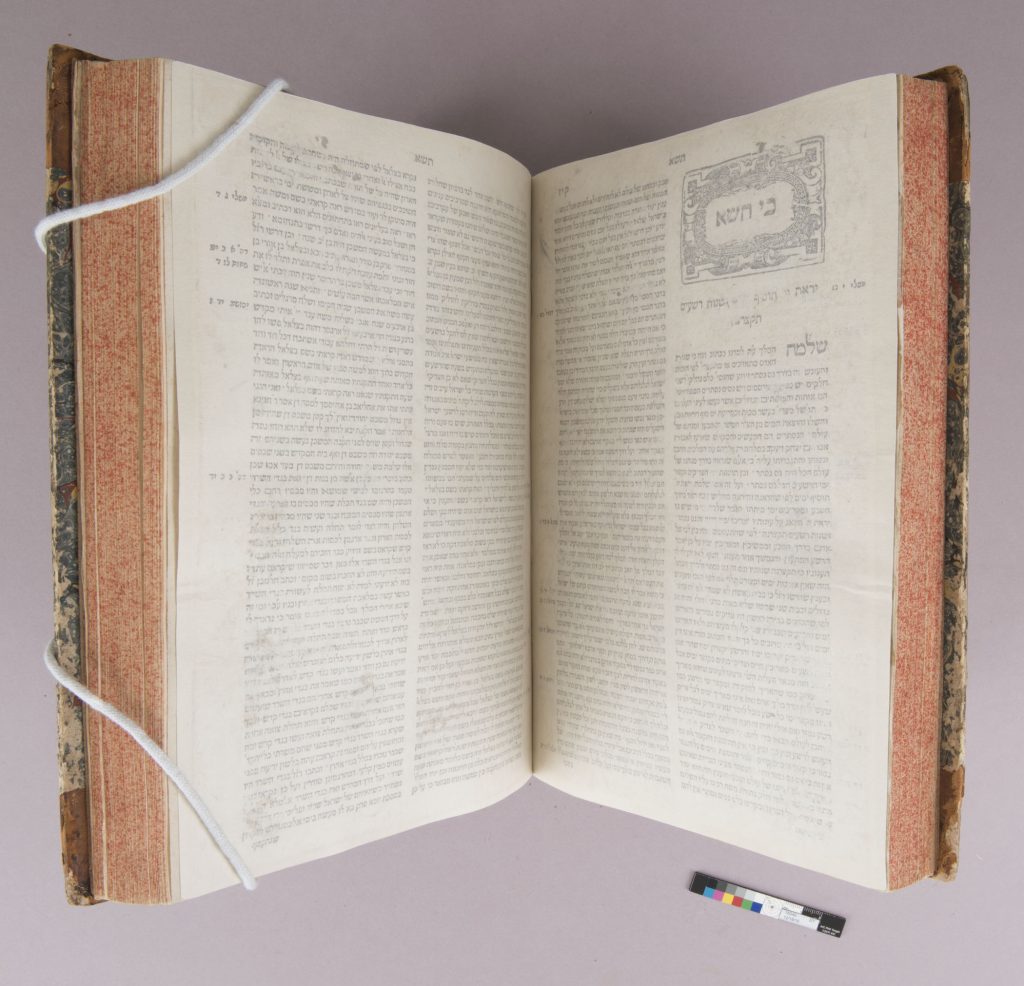 intellectual, and historical, before making a decision about treatment.  Many thanks to Emily Cohen and Alexis Hagadorn for their fantastic work on this book!