George Arthur Plimpton (1855-1936) was a man of many passions, including book collector, founder of Columbia’s “Friends of the Libraries” and Barnard trustee.  He donated his collection on the history of mathematics (among many other things) to Columbia shortly before his death. We know of a few Hebrew manuscripts that were included in his collection, classified under the MS Plimpton Hebrew heading. (Plimpton collected Hebrew books as well, including a Hebrew-Latin treatise on astronomy and arithmetic, and Sefer ha-Mispar, on arithmetic)

MS Plimpton Hebrew 004 is a scroll in Hebrew describing a trip made by a Dutch Jew to India, where he met the “black and white Jews of Malabar and Cochin.” Interestingly, we have another manuscript in our collection from a different acquisition that describes a similar trip, also by a Dutch Jew.

Another manuscript in the collection is a fragment of a 14th century Torah codex that had been used as part of a book binding, 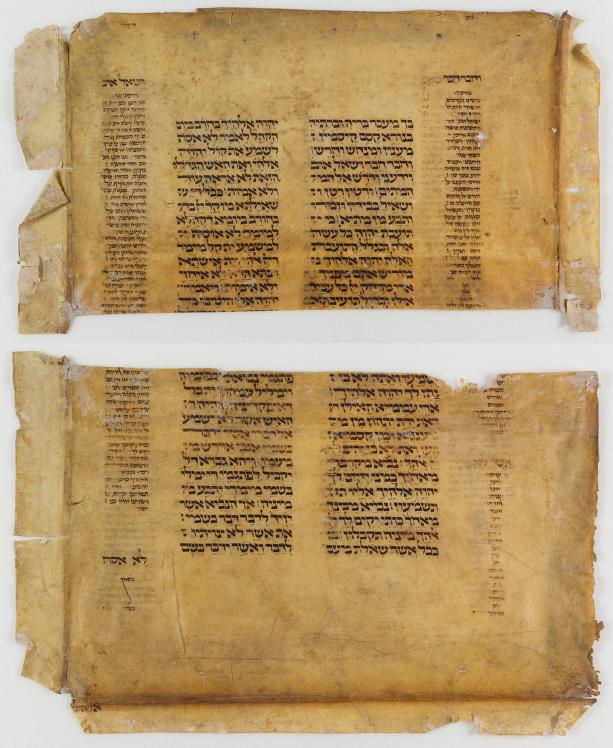 Thanks to the intrepid work of Jane Siegel, we have been able to identify two additional pieces of Hebrew manuscript, included in a handbook (PLIMPTON MS 093.93 1630) of handwritings (writing samples was one of Plimpton’s many collection strengths).  Both are handwriting samples from Amsterdam.

The first begins with an inscription: “For the memory and a guard, in the hand of Master Joannes Wilmet, who learned from [lit. by] me the Hebrew language, the year 526 [i.e. 1766].” It ends “thus is the song of my beloved for my dear friend, here in Amsterdam, the writer Eliezer Zusman.”  Joannes Wilmet was a Dutch “Orientalist,” who was known for his work on Hebrew, Arabic, and ancient languages.  It seems that the Jew Eliezer Zusman may have been one of his teachers of Hebrew. 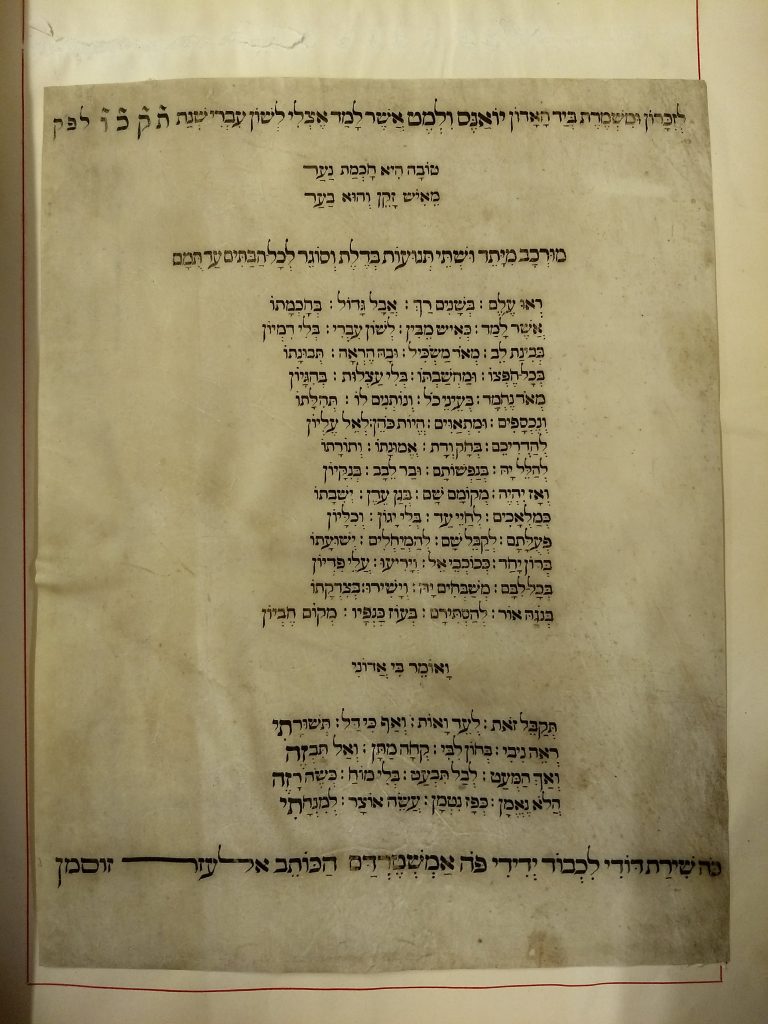 The second writing sample is beautiful as well, with the letters embellished as if on a Torah scroll.  This one was written by David Friedrichsfeld, who was part of an 18th century movement to revive the Hebrew language called the Me’asfim (so-called for their periodical, ha-Me’asef). This document includes copious praise upon “the Prince Wilmet” (perhaps the same as the one described above) 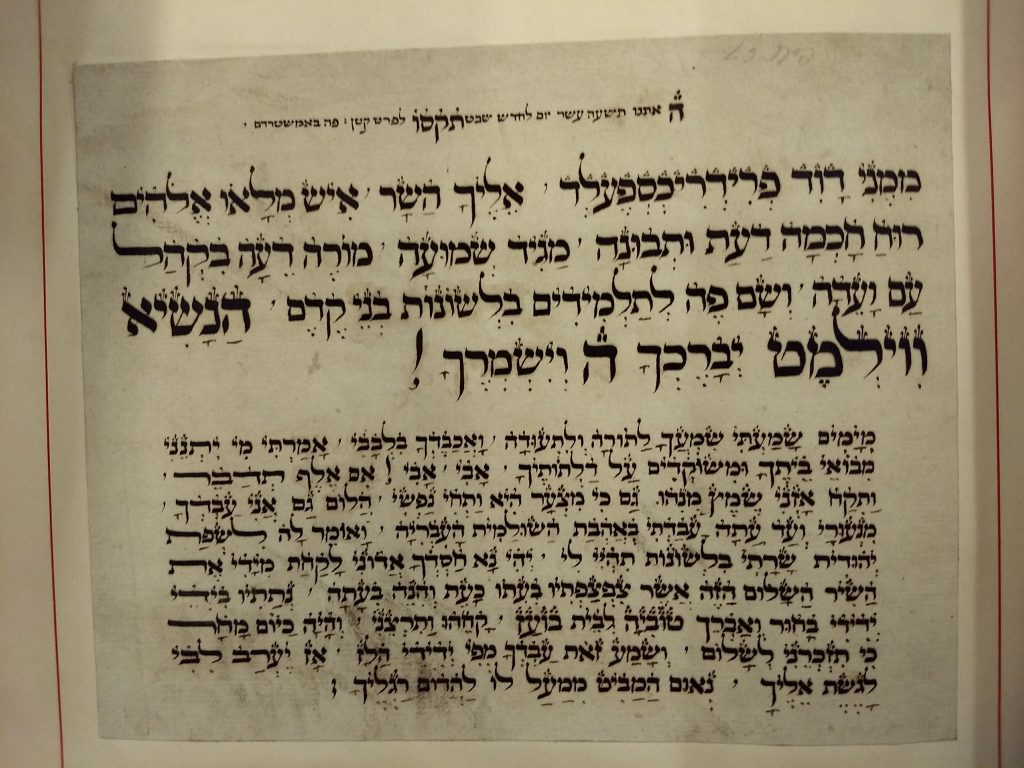 Who knows what other Hebrew treasures may yet be found within the deep and vast Plimpton Collection?