Guest post by Daniela Goodman Rabner, BC ’22. Daniela spent the Spring 2022 semester inventorying and identifying Yiddish materials in the Zosa Szajkowski archive, so a new and significantly updated finding aid can provide increased access to the collection. She found some incredible gems along the way – some of the documents shown here will be featured in a small exhibition in the Rare Book and Manuscript Library over the remainder of the summer.

The Zosa Szajkowski Collection was acquired by Columbia University in 1950 and 1958. The collection contains an eclectic variety of materials collected by Yiddish historian and bibliographer Zosa Szajkowski (otherwise known as Shaike Frydman). Szajkowski, author of Jews and the French Revolutions of 1789, 1830, and 1848 and other works on Franco-Jewish history, emigrated to Paris from Russia in 1927.

Szajkowski’s deep involvement with and ties to the radical leftist, Yiddish-speaking Eastern European Jewish world of interwar Paris comes across in his collection. The printed materials of the Zosa Szajkowski Collection paint a meticulous portrait of the revolutionary Yiddish Paris, marked by its abundant grassroots organization and mutual aid social ecosystem ranging from the Communist Party to the Kultur-Lige (the largest secular and socialist Jewish cultural organization dedicated to the promotion of Yiddish language, literature, and theater in 20th-century Europe) and everything in between.

Perhaps some of the most outstanding materials discovered within this treasure of an archive are the antifascist children’s drawings from the Belleviller Shul and the Kultur-Lige’s Yidishe Arbeter Tzugov Shuln, two Communist Yiddish elementary schools in interwar Paris serving primarily working class Jewish families.

Soon to be on exhibit at the RBML, the collection features the astonishing depictions of fascism by Jewish children in 1933 Paris. 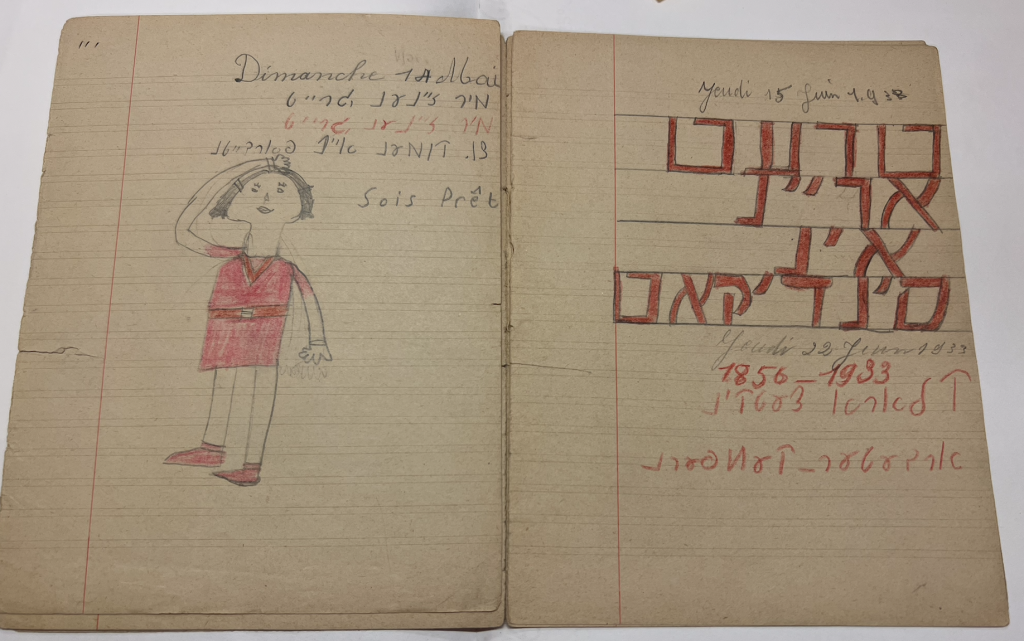 This particular workbook belonged to a young girl enrolled in the Belleviller Shul named Mari. On the left page of her workbook she depicts a self portrait of herself saluting with the French wartime mantra of “Sois Prêt” (Be ready) inscribed alongside it. On the opposite page, Mari practices her Yiddish letters by carefully writing the Communist wartime mantra, “טרעט אריין אין סינדיקאט” (tret arayn in syndicat, walk on in solidarity). 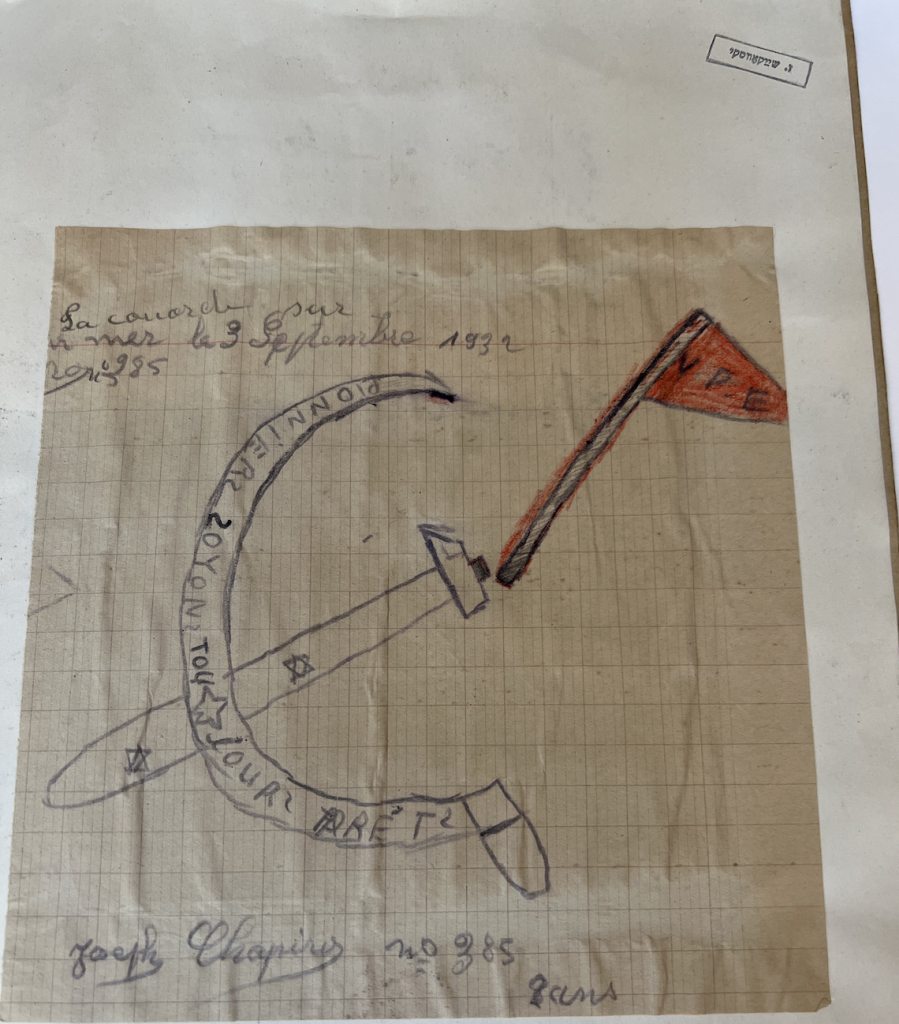 Depicting perhaps an antifascist reaction to fascist threat, Joseph, 8 years old, also touches on the motif of readiness while adding two Stars of David to his hammer and sickle.

Jean, 9 and a half years, draws a portrait of Mussolini, inscribing in French “Abas Mussolini!” (Down with Mussolini). The striking resemblance of Jean’s drawing of Mussolini to Mussolini himself is uncanny. 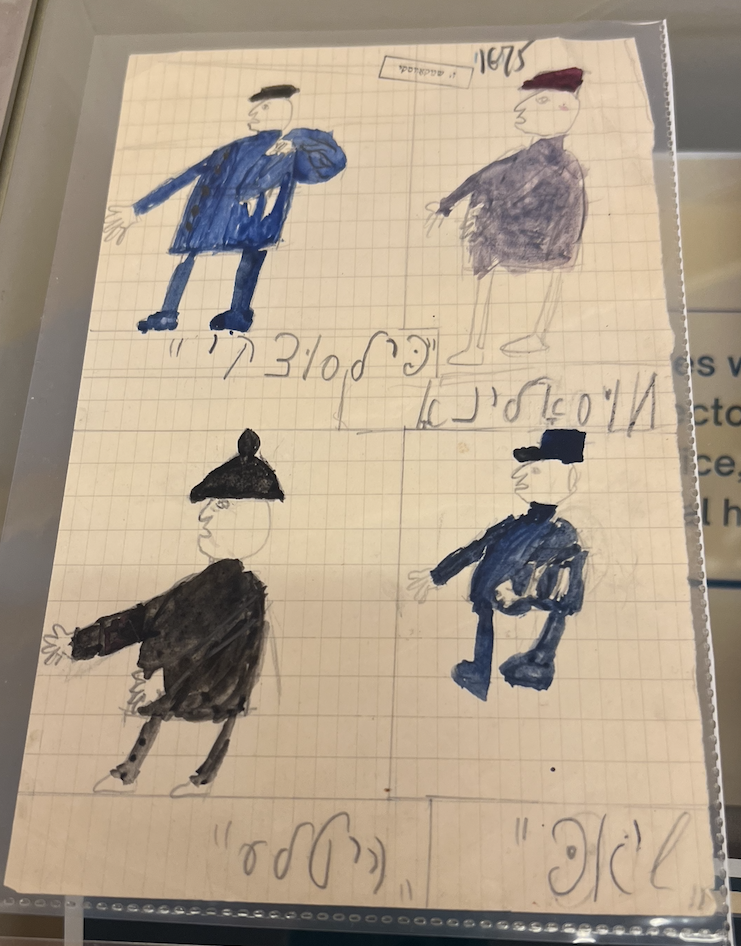 This child’s depiction of fascist leaders (and, of course, Communist enemies) includes the likes of anti-Soviet Polish statesman Josef Piłsudski. 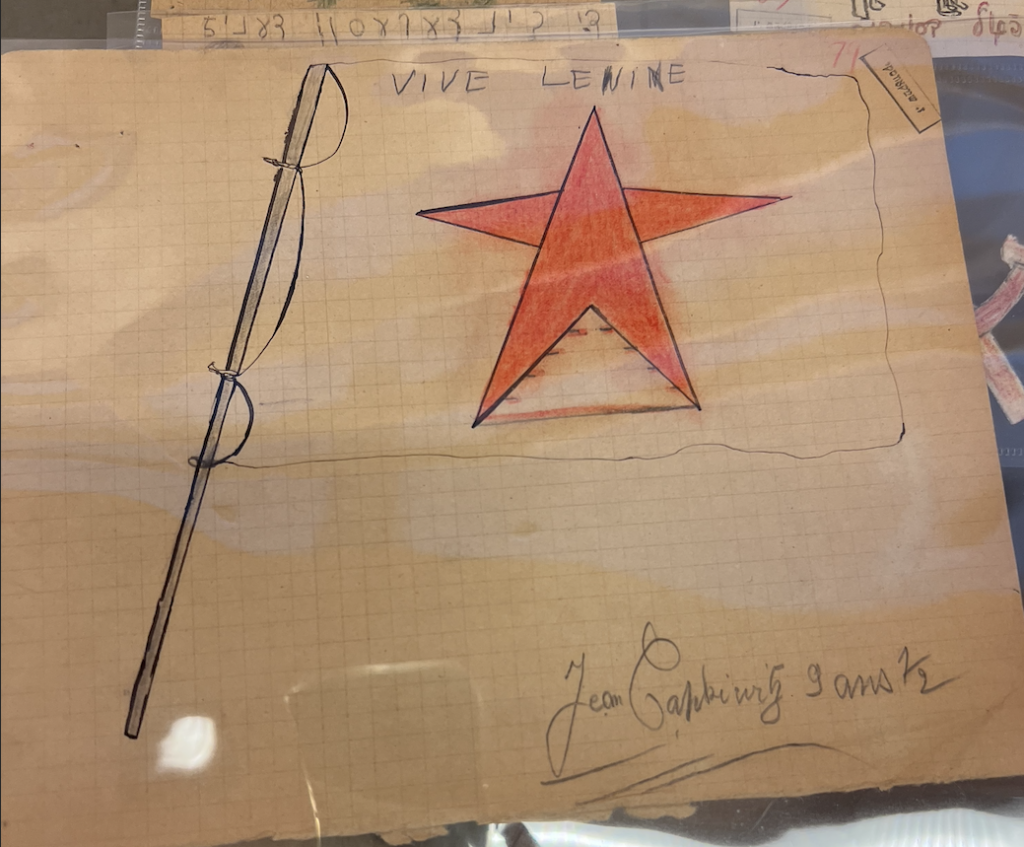 Another reminder of just how strongly these Yiddish schools were uncompromisingly Communist, our favorite 9 and a half year old Jean returns with a stunning homage to the one and only Vladimir Lenin. 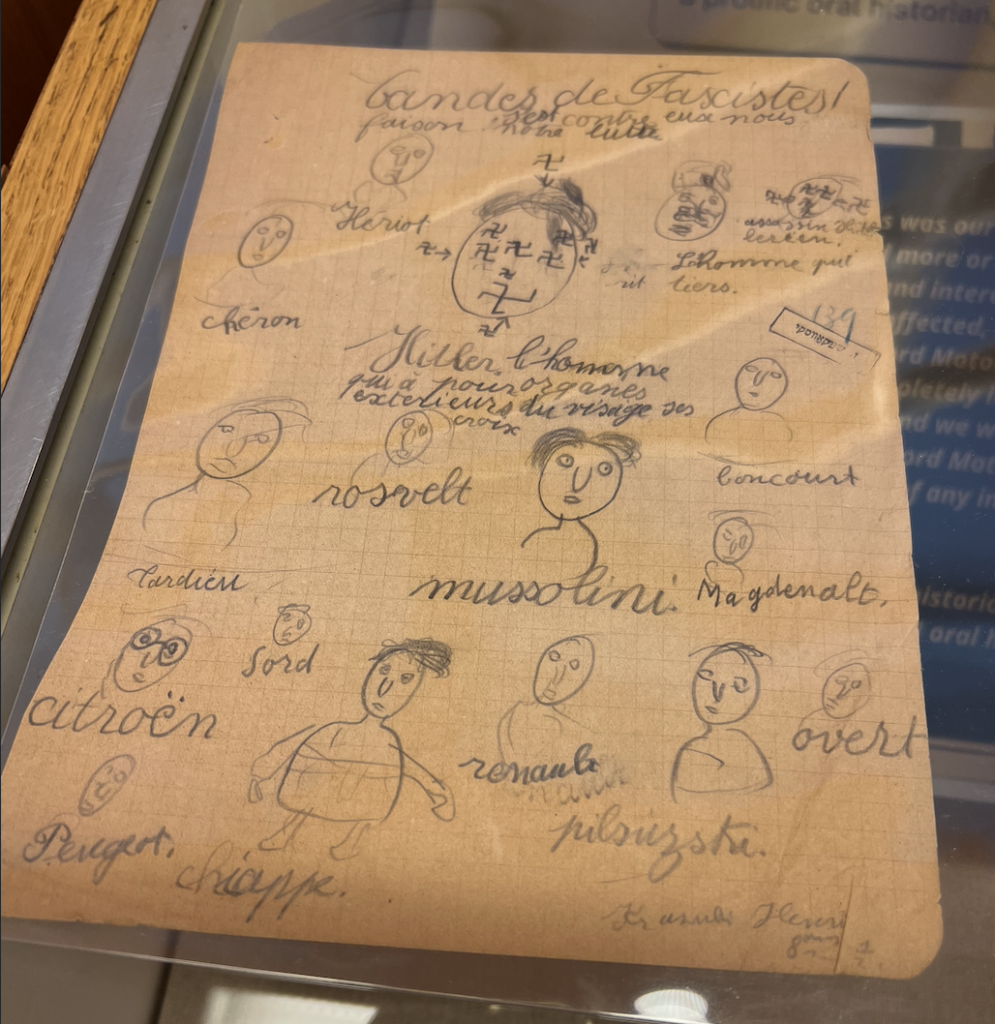 Lastly, this child chooses to depict this band of fascists as including not just Hitler and Mussolini, but “dirty French bourgeois capitalists” who owned the means of production, like Renault, Citroen, and Peugot, as well as the “Communist enemy” Franklin D. Roosevelt! 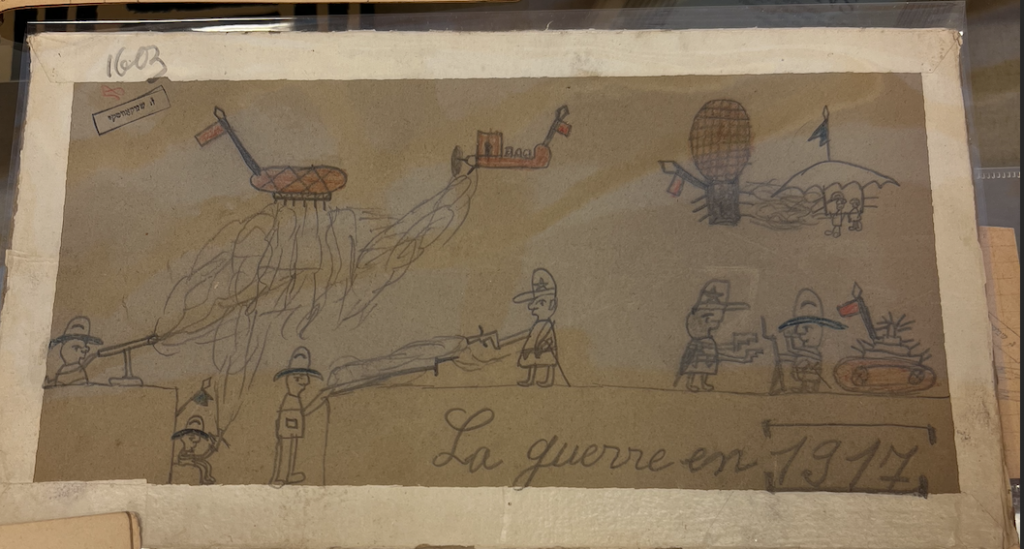 These children’s drawings from the Belleviller Shul and the Kultur-Lige’s Tzugov Shuln were created between 1932-1933, on the eve of the Nazi regime’s rise to power. Although it is unknown what happened to the authors of these drawings leading up to, during, and after the khorbyn-europe (the Holocaust), these drawings are a moment of thriving Yiddish cultural life frozen in time. By providing an eternal vignette into the life of Jewish Communist children in interwar Paris, these unearthed drawings from the Zosa Szajkowski archive ensure that their memories continue to be a blessing and a light for us all.

2 thoughts on ““Be Ready”: Anti-Fascist Yiddish Children’s Drawings in the Szajkowski Collections”