The most prevalent films in Japan could be roughly separated into two genres: hōga (Japanese films) and yōga (imported/international/foreign films). According to the Japanese dictionary Daijirin, yōga is understood as “films which were produced in Western countries. Also, the term could indicate foreign films in a broad sense”.

Right after World War II, films which were imported to Japan were overwhelmingly American and European. Therefore, most films, excluding domestic ones, were called yōga (yō=Western, ga =image/film). In the 1970’s, films from all areas in the world including Asian films began to enter the Japanese film market. Today, the Japanese film market is diverse; a myriad of film productions and distribution companies are multinational enterprises in the world market. In other words, films nowadays are the borderless product of multinational investments and productions. Therefore, the expression “yōga” is losing its intrinsic meaning, but it is still used as a term for foreign or international films in Japan. 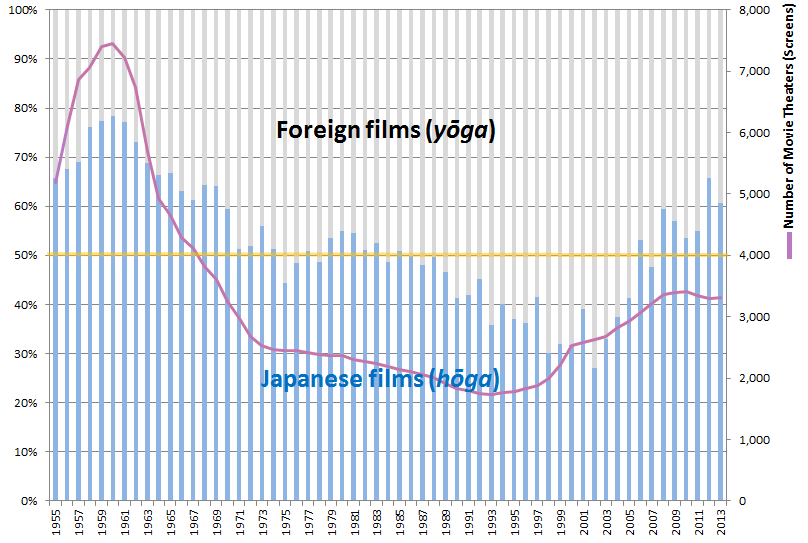