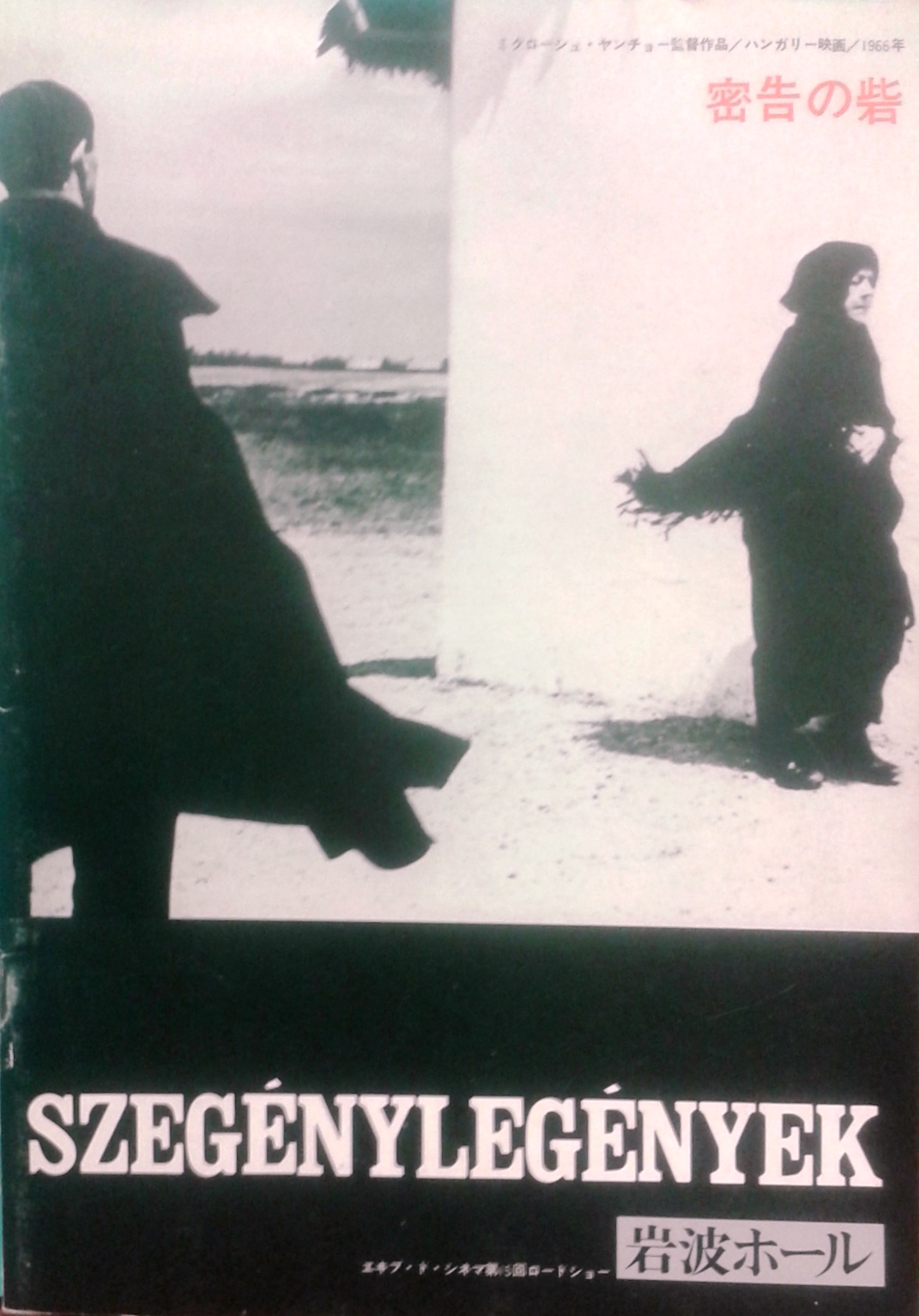 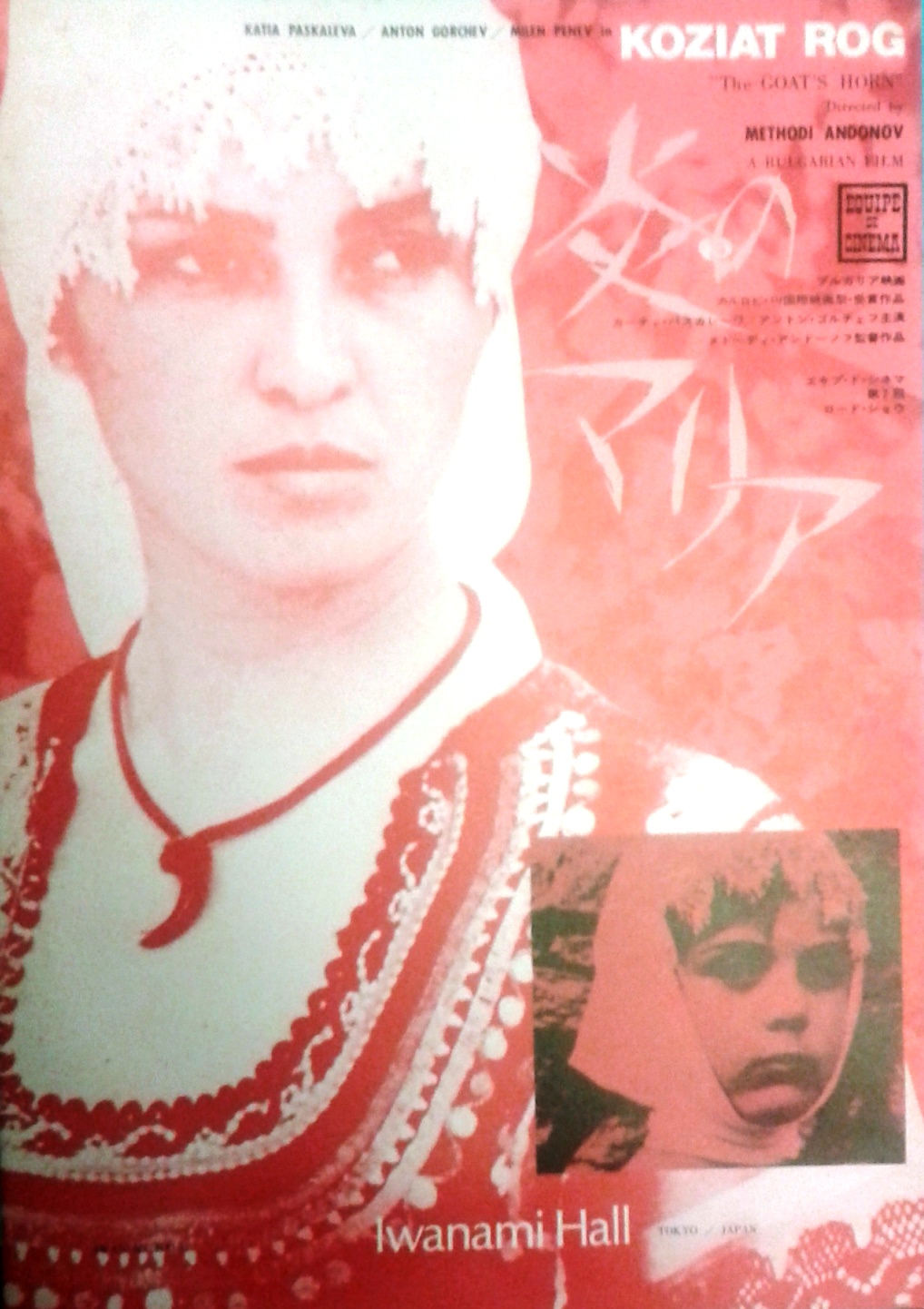 Equipe de Cinema/Iwanami Hall brought films to light with social themes that once were considered inappropriate for film distribution. They also strove to bring unknown female directors to the public. In other words, Equipe de Cinema’s launch in the film industry was considered a social movement in Japanese film history. They also happened to produce unique film programs for their regular film release. As these mini theaters steadily gained popularity, in the 1980’s, many independent movie theaters were established, following the style that Equipe de Cinema formed: a small capacity and a selection of non-box office masterpieces.

These independent movie theaters have played an important role in bringing diverse and quality films to audiences, uniquely selected by the theater no matter in what period the film was released, or where the film was produced. In the Japanese film industry, these theaters are called “mini theaters” – or, “mini shiatā.” In Japanese, the “mini” in “mini theater” means small or small scale, exactly as the original English word suggests.

Movie theaters in the early period of Japan were built on a large scale for blockbusters, with 500 to 1,000 seats, and the word “mini theater” was created to contrast with the large roadshow theaters that releases films at the same time all over Japan. A mini theater is an independent movie theater that releases films according to its own line-ups, and the capacity of mini theaters is generally less than the 200 seats that Iwanami Hall started with.

Mini theaters completely altered the regular selection of films; these theaters started to release European films in the 1980’s – for example, pieces from La Nouvelle Vague/French New Wave. The line-up varied, from special showings of classic masterpieces to retrospectives focused on particular minor themes, film directors, actors or countries. You might see there: for instance, films of Miklós Jancsó from Hungary, Andrzej Wajda from Poland, and Metodi Andonov from Bulgaria. Furthermore, mini theaters greatly contributed to Japanese independent films’ pervasiveness among audiences; some mini theaters took the lead in releasing cutting-edge films by unnamed Japanese filmmakers. This movement even triggered the revival of quality domestic film production. 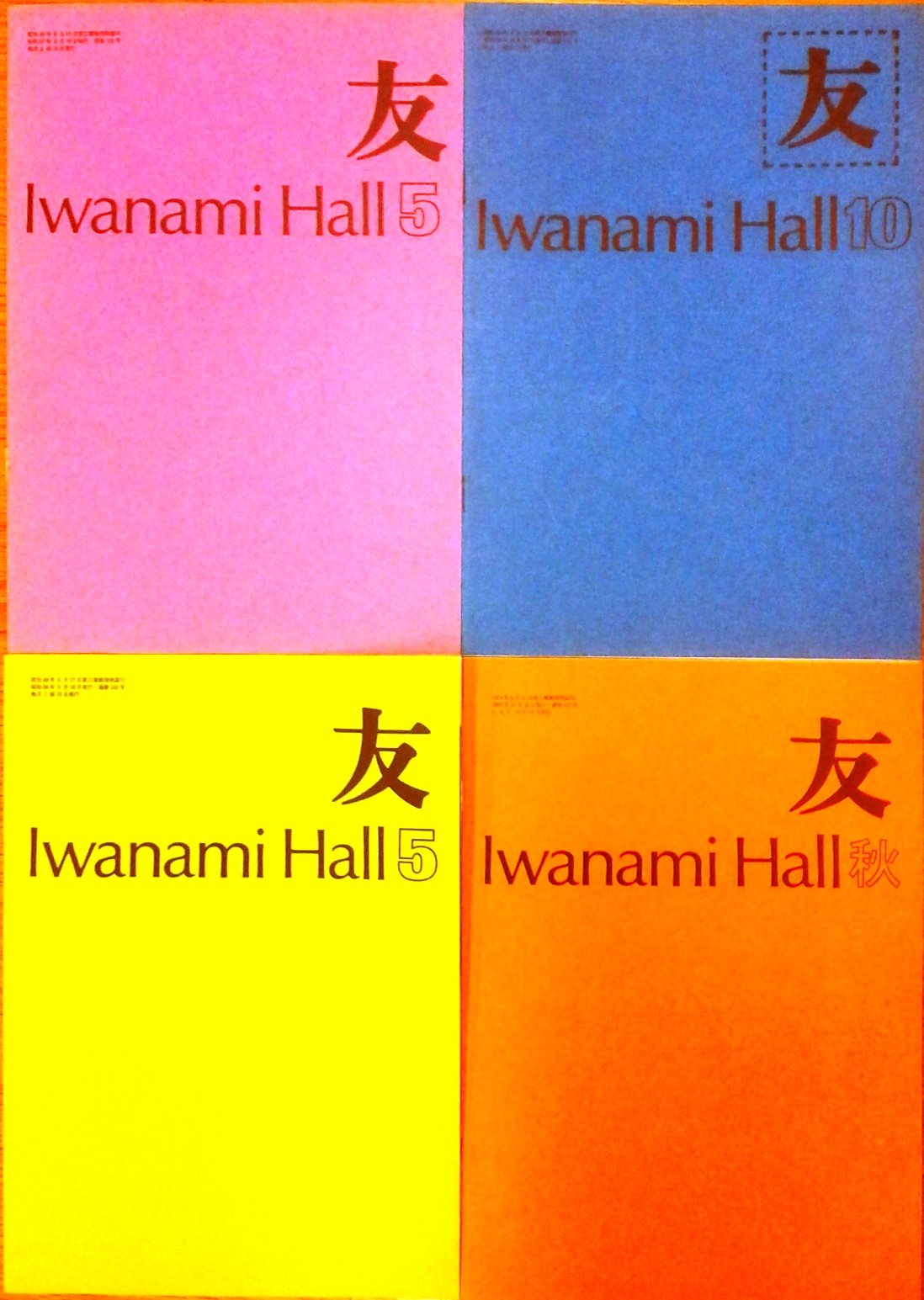 While blockbusters were promoted via newspapers, magazines, and commercials on TV and big screens downtown, the promotion of mini theater were concentrated on film fliers and theater member bulletins. In order to efficiently attract audiences, film programs and member bulletins were also quality-oriented; the film programs were geared toward theater-members or sold with the film released each month, and they were given with serial numbers like serial magazines. The contents were full of information that appealed to fans of arty and difficult films. Because the programs were like serial independent film magazines, they made film fans want to keep checking out forthcoming films in the mini theaters. 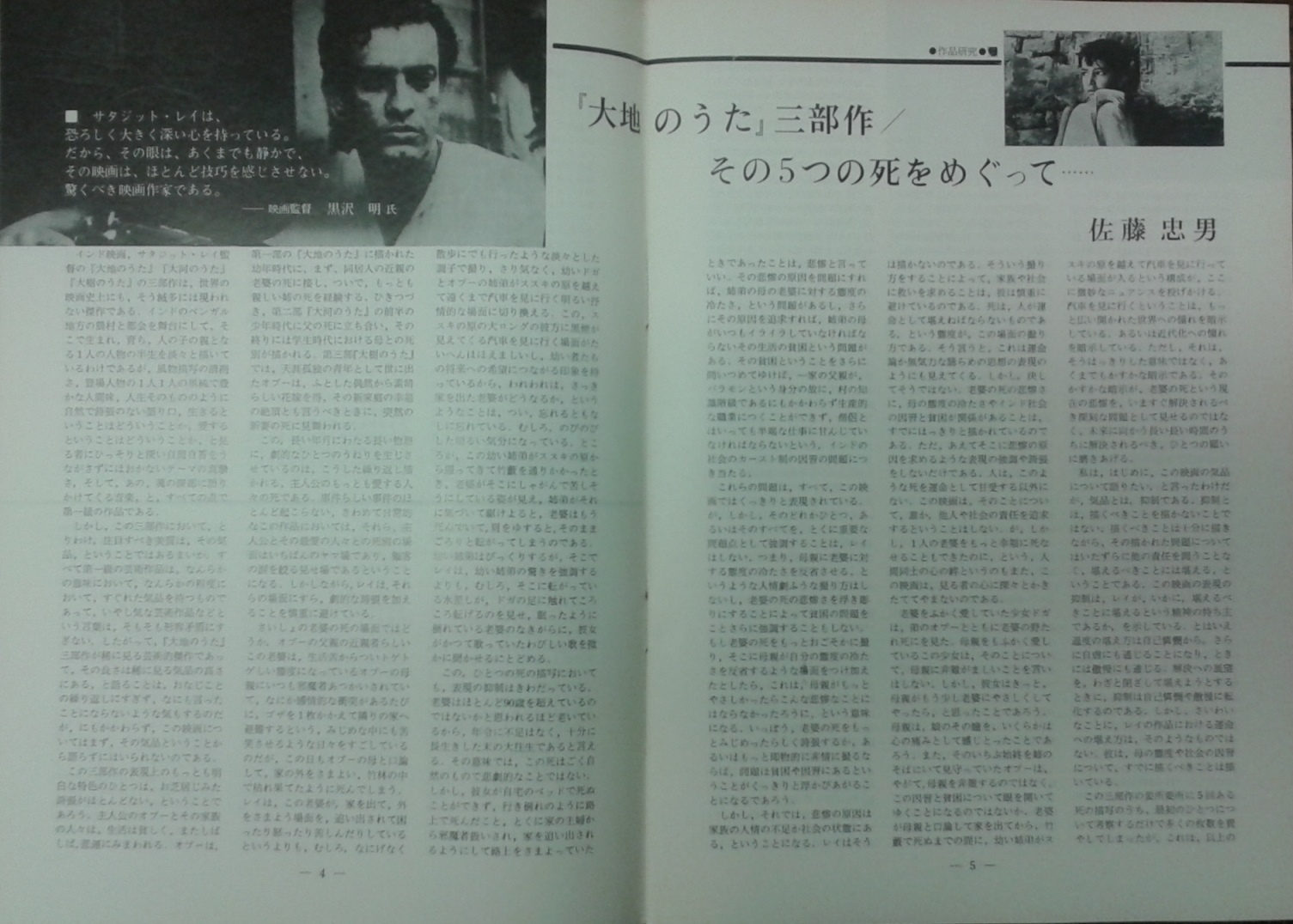 * Quote from the filmmaker Akira Kurosawa, one of the greatest film directors in film history, and an examination of the film by Tadao Satō, one of the most famous film critics. Iwanami Hall, #2 (1974). The Apu Trilogy, directed by Satyajit Ray

As discussed, mini theaters ushered in a part of film culture as a powerful minority, and made a tremendous impact to the Japanese film industry. The advent of mini theater triggered and supported the further diversification of international films in Japan. The achievements of mini theater as a pioneer in Japanese film history are immense. As time went on, drive-in theater and cinema complexes, as well as other new forms of movie theaters, emerged, much as the style of movie theaters and screens transformed to fit the needs of the time. In this situation, the market was more than saturated, and mini theaters’ ability to attract theater goers weakened and were no longer strong enough to go on.

Amid the diversification of media and film distribution, some of the most prosperous mini theaters in the Tokyo metropolitan area were closed: Cine Vivant, which uncovered art films, in 1999, Cine Saison in 2011, and Ginza Theatre Cinema in 2013. Many factors could be involved in the rate of mini-theater closings, such as the restructuring of unprofitable business operations in the changing film industry, as well as the diversification of content providers and media and the change in audience demographics and viewing habits. On the other hand, some movie theaters tackled the issue and developed new styles of movie theaters, so as to enhance films’ intrinsic quality and continue the primary mission of bringing quality films to audiences.

What forms do you think future independent theaters should take to keep up?