As we discussed in the previous blog entries, film poster creators were a great part of the film ephemera evolution, that removed the distinction between commercial art and cinema art. While all aspects of film were dramatically transformed, the style of collaboration to produce film posters also changed. Filmmakers and poster creators started to seek new styles of producing works of cinema art, which enhanced film promotion and the appeal of the film itself. 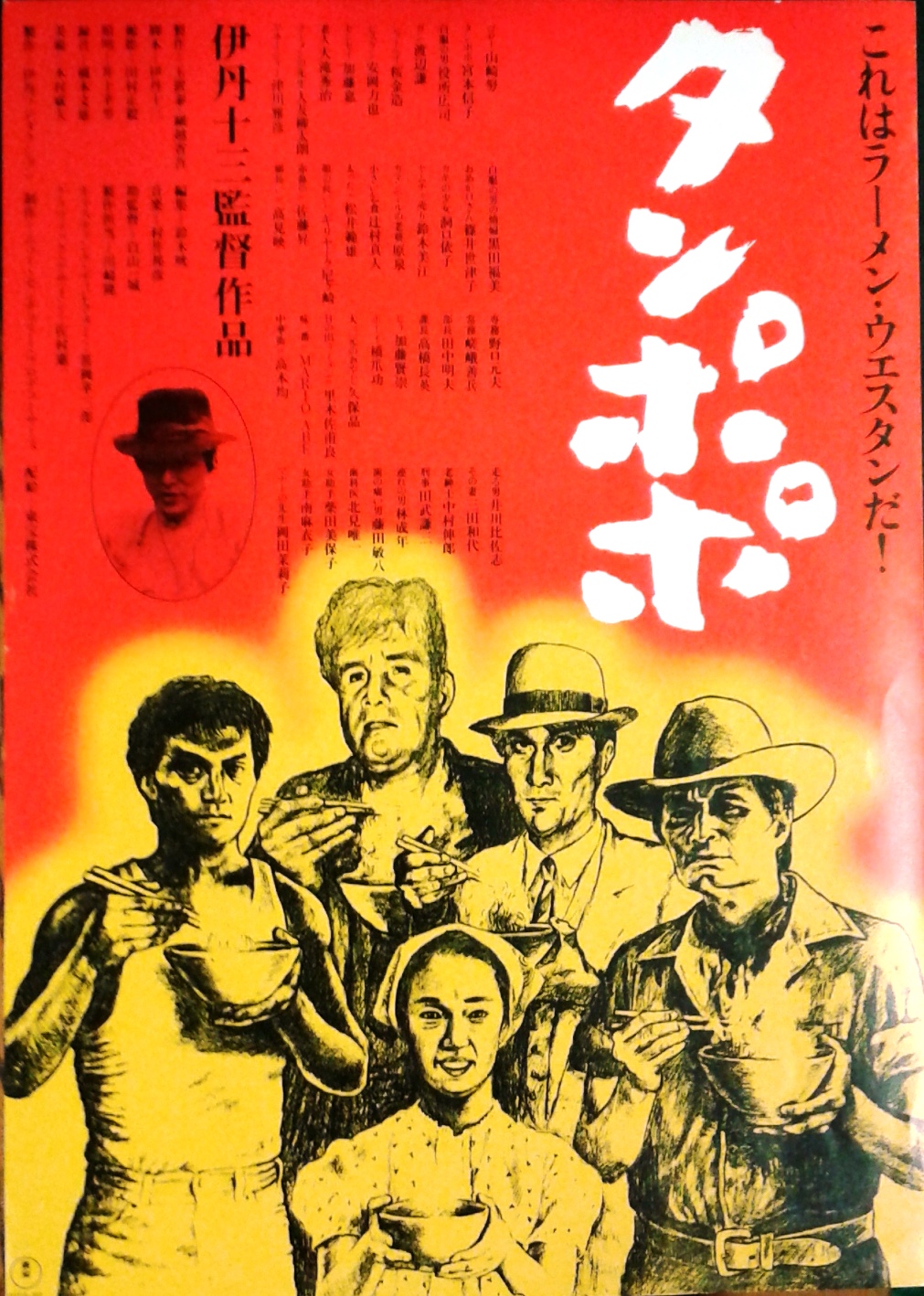 Today, in terms of creativity, the traditional rules no longer bind film poster artists. These artists have firmly established the film poster as a place to display their artistic interpretation of each film, beyond the movie screen.

One interesting collaboration between a filmmaker and an artist offers an example of the unique form of cinema art production. Ken’ichi Samura, a graphic designer, served as the art director for all ten films directed by the filmmaker Jῡzō Itami (1933-1997). Itami was a Japanese filmmaker, actor, illustrator, and industrial designer. He is known for his much acclaimed work, Tampopo (1985), and as the husband of the actress Nobuko Miyamoto, who appeared in all his films after The Funeral (1984).
Samura and Itami first met in the 1980’s, in order to work together for a commercial product design. They then became life-long work partners. Samura not only worked on Itami’s films, but also served as an art director for Itami’s productions. When Itami published a series of books, Samura also designed the covers. Samura came to know fully Itami’s needs, and contributed to bringing Itami’s film to the kind of perfection that is aligned with Itami’s philosophical perspective. In a book about Itami’s life and work, Samura quotes Itami to depict the filmmaker’s radical philosophy of film and design:

Everything appears in cinema, even those tiny objects that can be seen at the edge of the screen. It is all cinema. (2007)

Samura designed all of Itami’s iconic movie posters and pamphlets, as well as graphics used in Itami’s films. Once you saw their film posters, you never forgot them. The unique style in this series of film posters is instantly recognizable as an Itami film.

Itami was always trying to alter the traditional style of film production and film promotion. Accordingly, he established his own style of promoting films. He even prepared the press releases for many of his films before shooting began. He broke tradition by doing everything himself: he wrote his own screenplays, raised funds, and produced his films.

Meanwhile, Samura started designing the covers of Itami’s screenplays. Itami’s well-known meticulousness extended to all matters of his films, including every single property in his films. It extended to typography, to which he gave the most attention (his logo-designing work for Art Theatre Guild was mentioned in the previous blog entry). Itami’s nature as a perfectionist is perfectly captured by the following observation from Samura:

The editing process [of typography for film posters] was repeated over 10 times, 20 times… and lasted over night. There is no person like him, not only among filmmakers, but also among designers in this world. (2007)

Samura also designed all the small film properties according to Itami’s direction, including Yakuza’s  business card, signboards, bankbooks, and logo on the police cars, among many other things in the films.

Itami even wrote and edited his film’s programs, so that the quality of his work made it into these publications. His interesting designs could be instantly identified, specifically from the typography of these unique pieces of ephemera.

You can now enjoy some examples of Samura’s artwork that he contributed to Itami’s films. They are the product of a perfect collaboration. 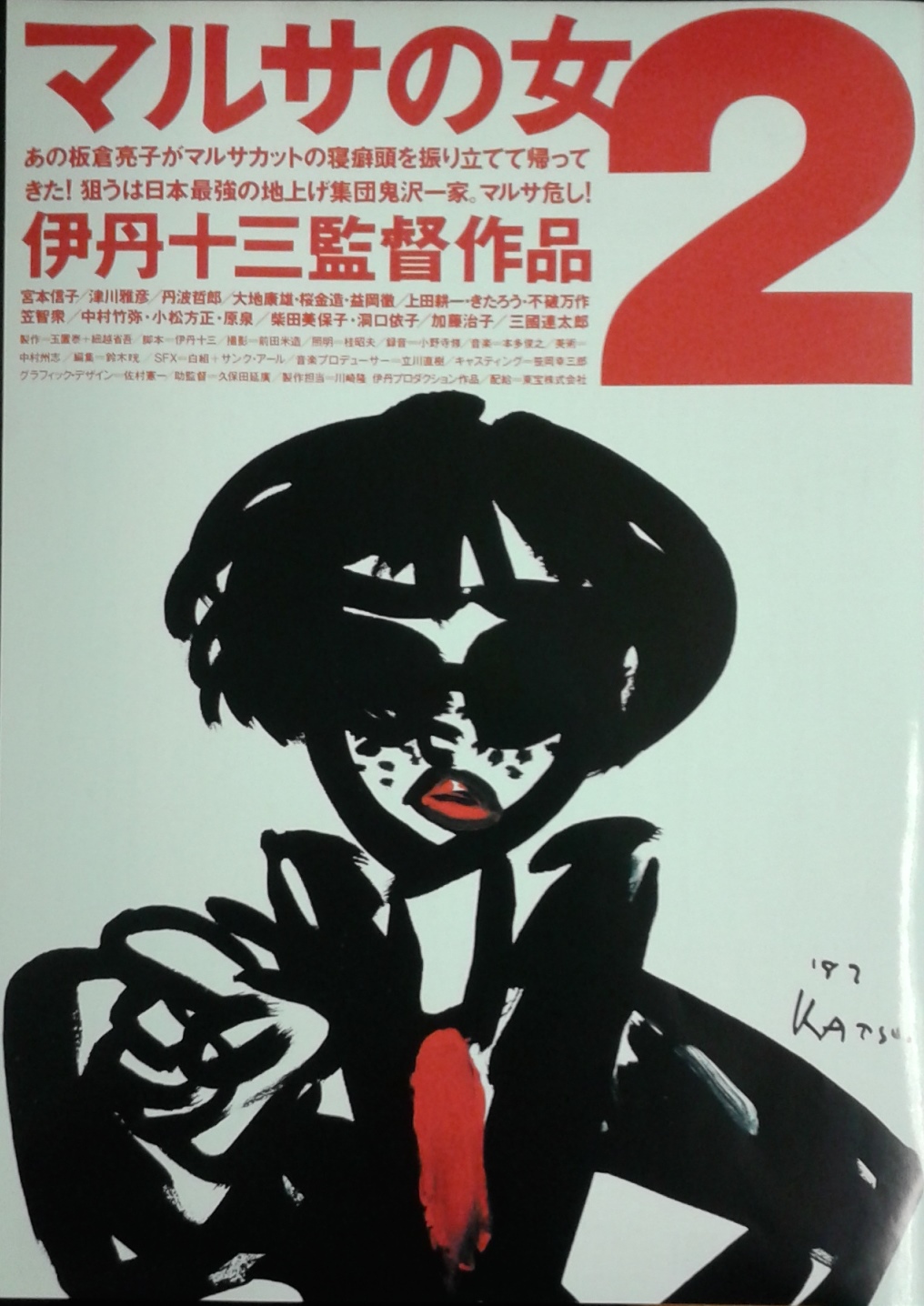 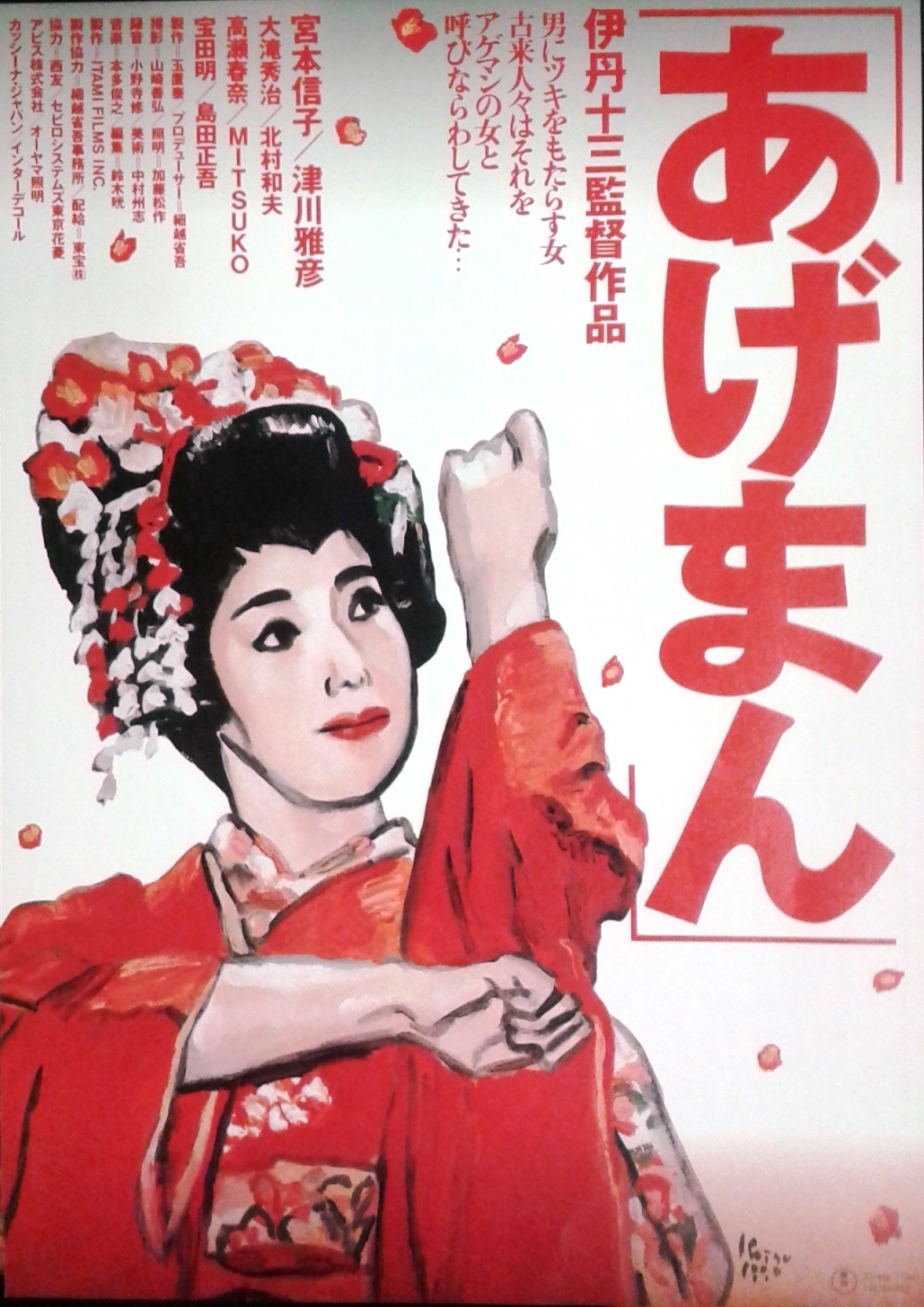 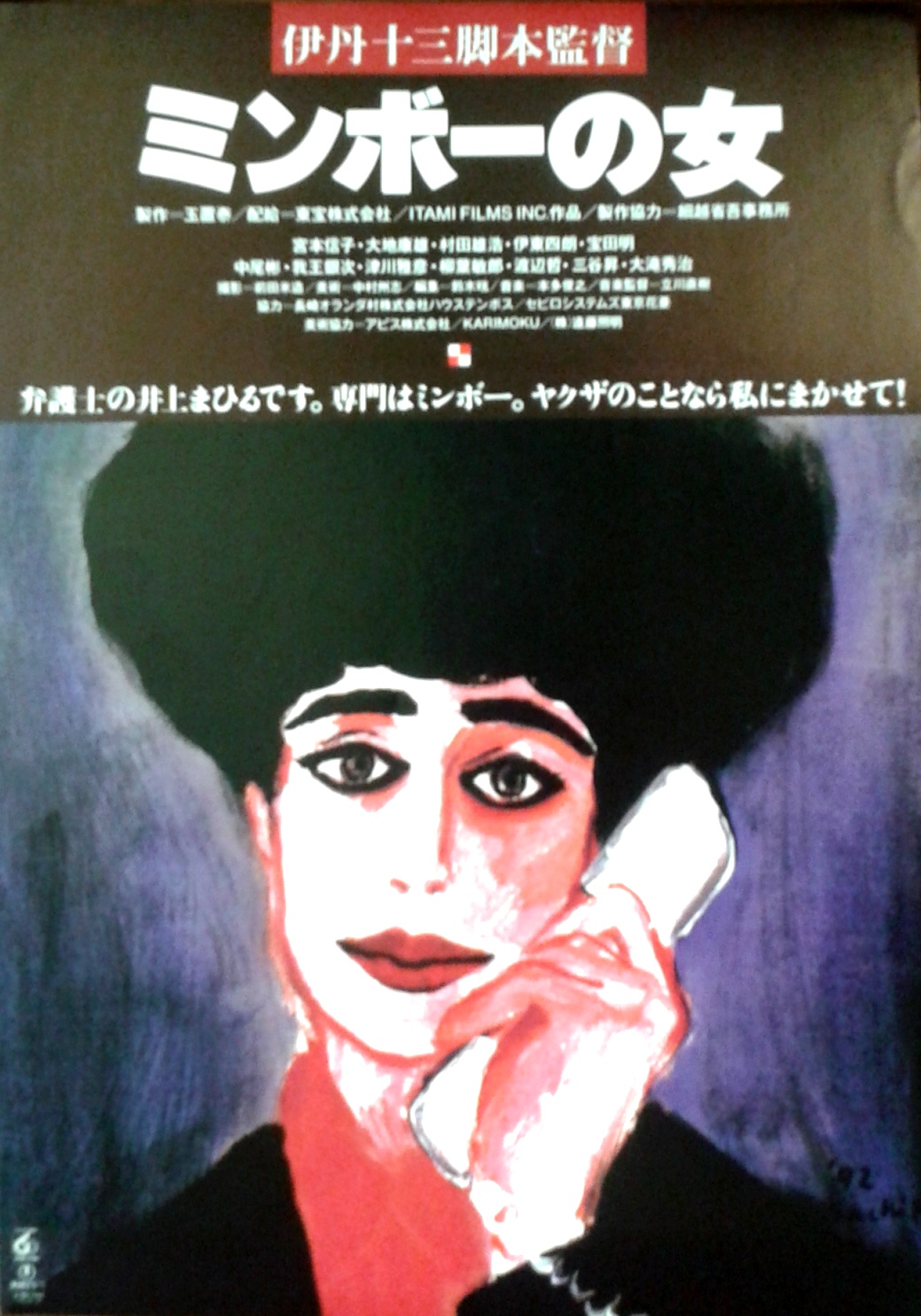 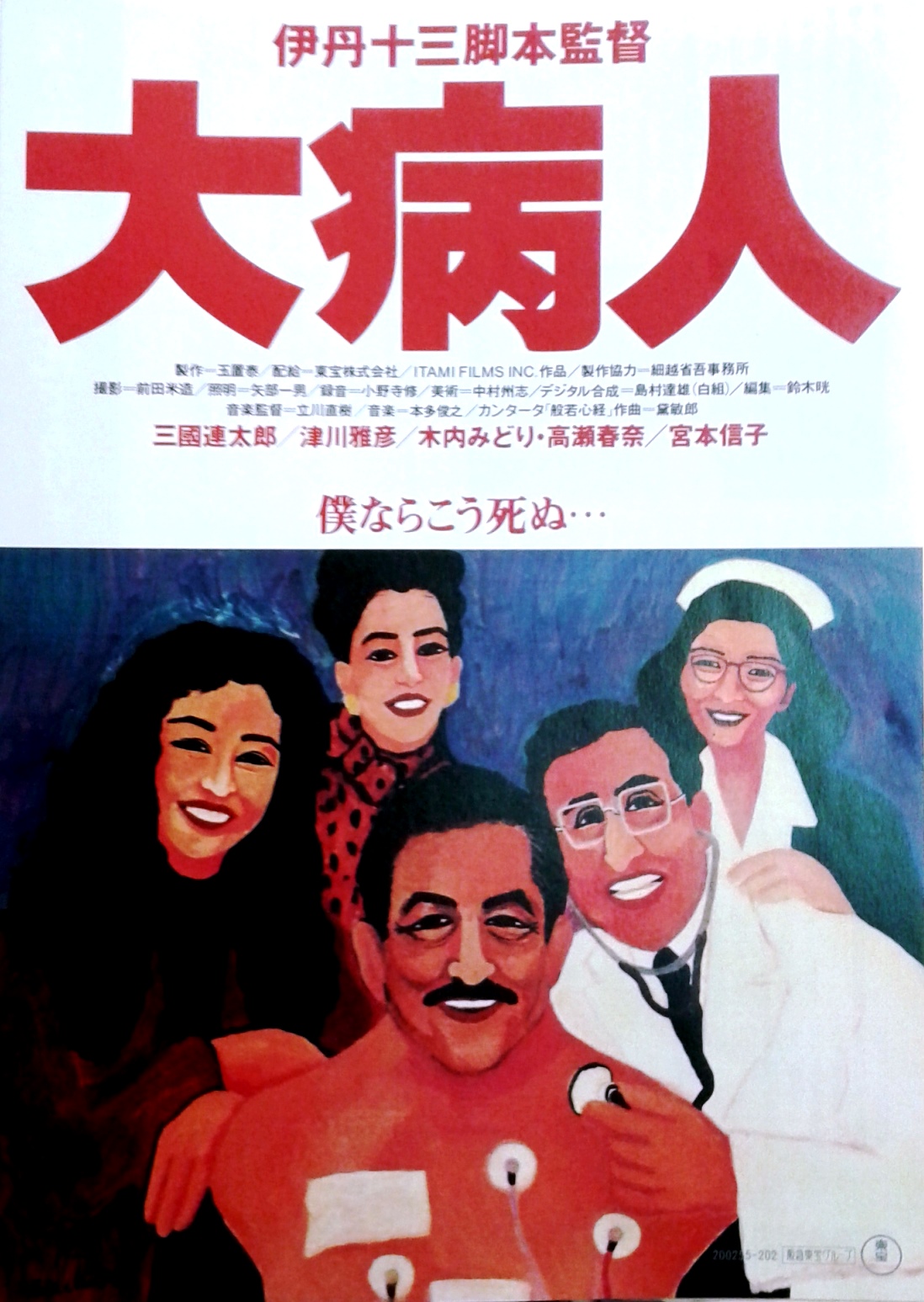