“Although there are still times when I feel sad, I am doing fine.” Japanese anime film flier. Kiki’s Delivery Service (1989), directed by Hayao Miyazaki

Although there are still times when I feel sad, I am doing fine.

From a dusty box of unprocessed materials, the image of a young witch and tiny black cat standing at a bakery counter caught my attention. It was a flier of a Japanese animated film, Kiki’s Delivery Service, from 1989.

This animated film is an adaptation of a children’s fantasy novel series written by Eiko Kadono, which is available in multiple foreign languages. The film was directed by Hayao Miyazaki, and produced by the Japanese animation film studio Studio Ghibli. There were no sequels to the film, while the book series ended the story with volume 6, Each and Every Departure, in 2009. Many teenagers, even grown-ups in Japan would mention this film as one of their favorite animated (anime) films; the fantasy story of uncertainty, puberty and emotional growth through the young heroine Kiki’s adventures has resonated with many. In the film ending, Kiki finally finds her place in a new world after a wonderful experience of independence. This film was a huge box office success, earning 2.2 billion yen at the time. For this film, Studio Ghibli made its first distribution partnership with The Walt Disney Company, and Walt Disney Pictures recorded an English version in 1997, which premiered in the United States at the Seattle International Film Festival in 1998. The film was also released as a home video both in the United States and Canada; over a million copies were sold. 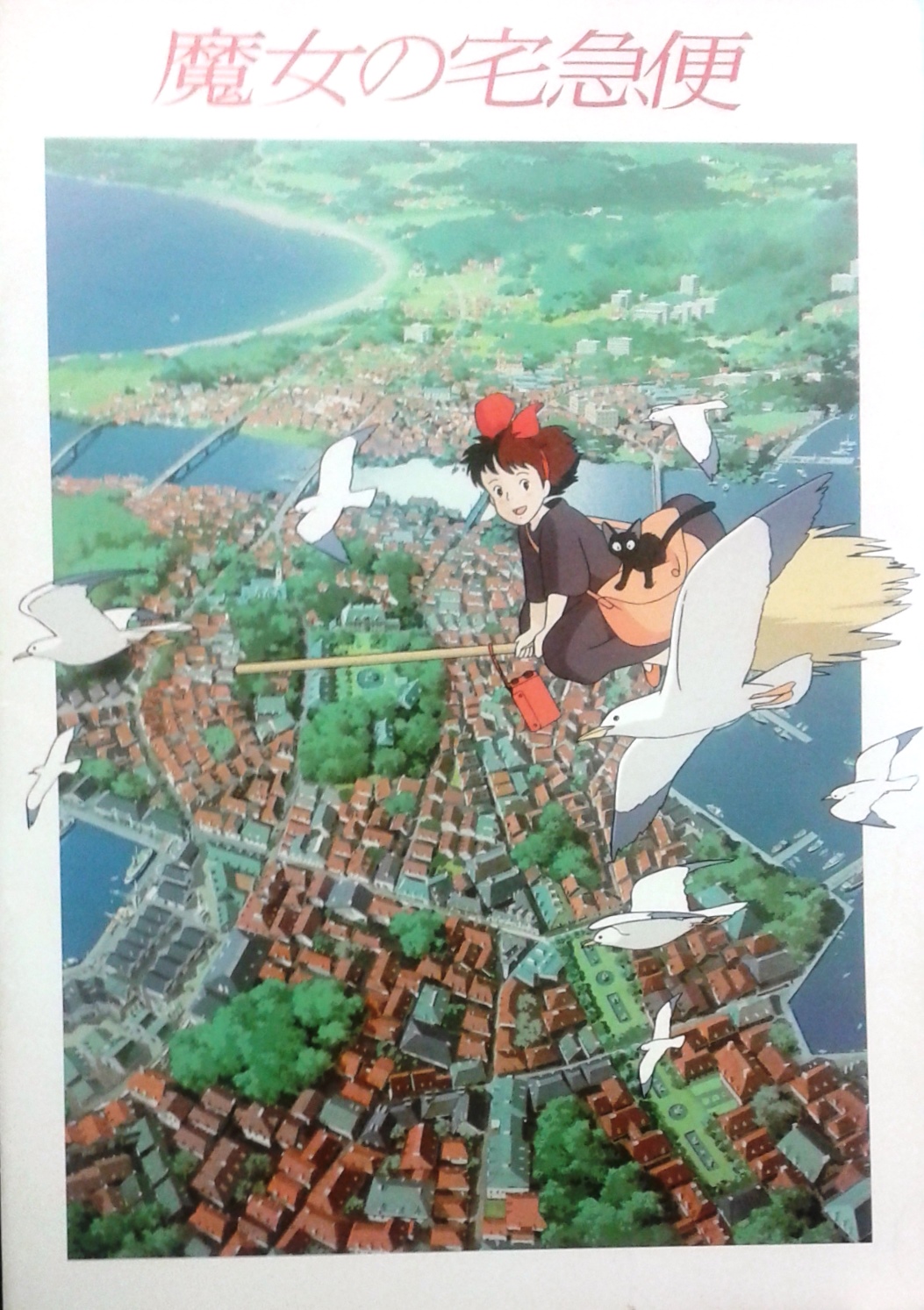 It is not often that an artistic creation in a foreign language from outside the United States becomes a smash hit in the mainstream market. Moreover, traditional anime films such as Walt Disney’s were only for children. Flouting convention, the presence of Japanese anime (including both TV and film) and manga have been a big presence in the United States and beyond.

This blog entry introduces this phenomenal instance of Japanese pop culture’s popularity throughout the world, as seen through our ephemera collection, and shows manga and anime developed into foreign countries as a strong sub-culture.

So, what are manga and anime? The Japanese Ministry of Land, Infrastructure, Transport and Tourism states,

Today, globally, when it comes to anime, the term indicates Japanese anime, and not the pieces by Walt Disney and other countries. When it comes to manga, the term suggests made-in-Japan manga, and not American comic and French bandes dessinées (c. 2007)