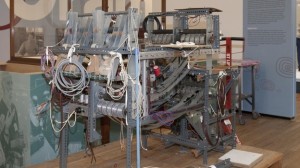 NPR’s Weekend Edition Sunday ran a brief piece today on Daphne Oram, a pioneer of electronic music in Britain in the 1950s. Oram worked as Director of the BBC’s Radiophonic Workshop, and developed her own system/technique called “Oramics”, which involved painting waveforms and control signals on film, which was then used to control the exposure of photoelectric cells to light as the basis for synthesis. The machine pictured on the left was discovered a few years ago in a shed in France; it’s now on display at an exhibition on Oram at the Science Museum London. You can listen to some music of Oram’s here and here, to get started. Her music is scarce on CD, but there is a 2-CD set out on Paradigm Records. 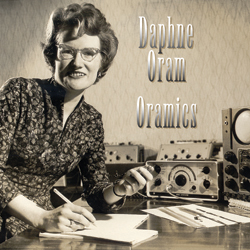