The Dept. of Music co-sponsors this interesting interdisciplinary event, on Friday, May 3, from 9am-6pm, as part of the University Seminar on Medieval Studies. Prof. Susan Boynton, from the Music Dept. faculty, will present opening remarks.

From the event page:

“Although sound is probably the most difficult component of the past to reconstruct, it was also the most pervasive, whether planned or unplanned, instrumental or vocal, occasional or ambient. This conference brings together specialists in several fields to explore the now-missing intersection of visual and aural in the experience of medieval environments and objects.”

Distinguished speakers from several institutions will present a fascinating and varied program. Full details are available at this link (note that registration is required for the conference, although it is free).

There will be an associated concert by members of Columbia’s Collegium Musicum, and others, of Byzantine and Latin chant, performed in the Burke Library, on Saturday, May 4, at 3pm. Details on the concert can be found here.

Both the conference and the concert are free and open to the public. 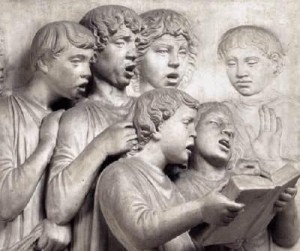 This event is part of the ongoing series Recitar Cantando – Conversations on Italian Music and Literature.

Columbia Composers will be in the spotlight on Wed 12/12/12 (it must be destiny!) at a FREE concert at Roulette in the fine old borough of Brooklyn. Full details of the program are available here: http://roulette.org/comm_events/columbia-composers/

Come out for a night of exciting new music, with performers including the Mivos Quartet.

The concert will feature works by Byrd, Josquin, Brahms, and Debussy. Full program details are available on their web site.

The concert is FREE and open to the public. Take a break and refresh yourself with some beautiful vocal art! 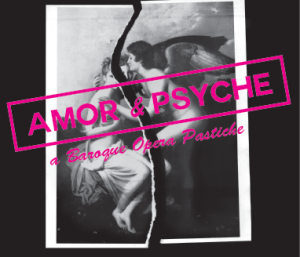 RSVP preferred but not necessary.

A review of a past performance can be read at this link on the New York Times site.

Resources on popular Brazilian music in all forms have been contributed by participants from around the world, to build what ARC describes as “a free, permanently available, online database of Brazilian recordings and their locations around the world.”

The site lists events and performances, as well, which are being held in association with Brazilian World Music Day, or feature Brazilian music.

Check out the website’s YouTube channel, for hours of Brazilian musical enjoyment!

There is an exhibition featuring the music of Brazil, including recordings, books, scores, and ephemera from our collections, on display in the main exhibition case of the Music & Arts Library (701 Dodge).  All of the featured recordings are available for listening in the Library. A research guide on Brazilian music prepared by library intern John Kroondyck, working with Latin American and Iberian Studies Librarian Sean Knowlton, is available at: http://library.columbia.edu/content/libraryweb/indiv/global/latam/guides/bwmd.html.

And, stay tuned! because WKCR will be featuring 12 hours of Brazilian music, to be broadcast on Friday, Sept. 7th, 2012, beginning at 1pm. The broadcast will feature several live performances on-air.

Also in conjunction with the event, Prof. Aaron Fox, from Columbia’s Music Department, will join other participants at a symposium on “Whose Music Is It, Anyway?: The Politics of Property and Archives in Brazil, the Americas, and at Columbia“.   It will be held at the Casa Hispanica on Sept. 28, 3-5pm

Put a little samba in your step with Brazilian World Music Day!

Celebrate the end of the semester with some adventurous new music by your fellow Columbians!

Join the Society of Emerging Artists, an orchestra featuring talented musicians from Columbia (including from Columbia Classical Performers), as well as from Juilliard, Manhattan School of Music, and NYU, in a benefit concert for the New York City Coalition Against Hunger. The suggested donation is $5-10. The concert will be held at Holy Trinity Church, 213 W. 82nd St. (212-787-0634). You can RSVP on the Facebook event page. Come out and support a good cause, and some great music! 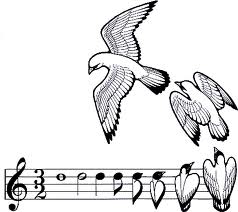 How about celebrating spring with some newly-hatched music? Columbia New Music, in collaboration with Columbia Classical Performers, present a concert of new music by student and faculty composers. The concert is on Sat 4/7, at 5pm, in C555 Lerner Hall.

Music will include pieces by Adrian Montufar Herrera, Solomon Hoffman, Tareq Abuissa, Conrad Tao, and Prof. Ramin Arjomand. There will also be an informal discussion session, and, free food!

The event is free. Come on out and enjoy some new music for spring!