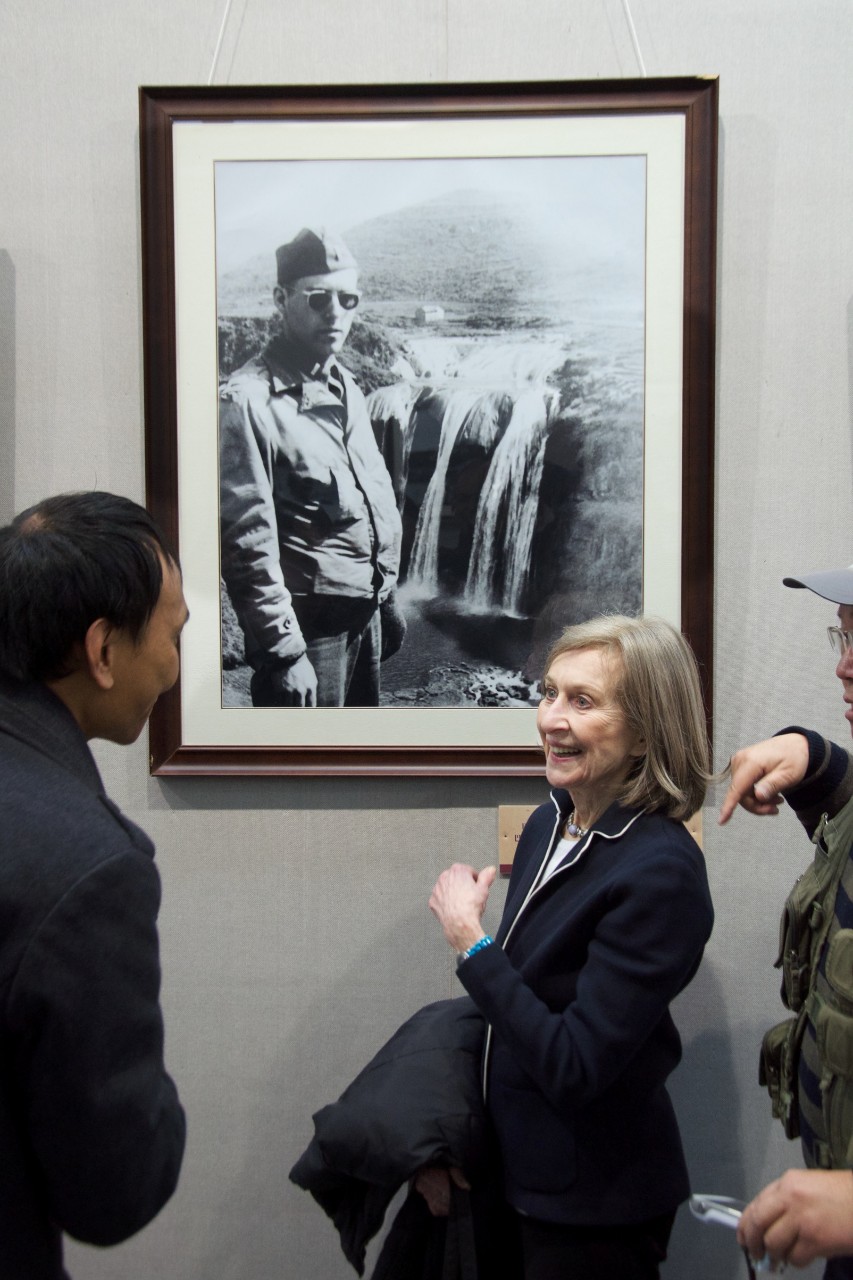 The exhibition, which opened on February 20, was co-curated by Bob Bergin, a former U.S. Foreign Service officer; Astrid Rosset, Barney Rosset’s widow, and Karla Nielsen, Curator of Literature at RBML. The curators chose approximately 100 images from the collection, which were then digitized by the RBML and printed by the Kunming City Museum.

The photographs in the exhibition were taken by Rosset during his time with the U.S. Army Signal Corps in China toward the end of World War II (1944-1945). In 1945, Rosset was tasked with documenting for the United States that Chinese soldiers were willing to fight. The photographs depict Chinese and American soldiers in training and combat, the devastation caused by the Ichi-Go operation (The Battle of Henan-Hunan-Guangxi), the largest Japanese land campaign of the war, the Japanese retreat, and the signing of the surrender in Nanking. Rosset joined the Chinese troops at Kweiyang, the deepest point of Japanese penetration before they began to retreat.

Little documentation from this period remains in China and the newly opened Kunming City Museum was eager to mount an exhibition of Rosset’s photographs. According to Bergin, Rosset (who passed away in 2012) wished that his photos of a difficult period in Chinese history could be shown to China’s new generations.  The exhibition includes digital prints of his photographs, copies of letters he wrote home during that period, and documents that demonstrate Rosset’s interest in China throughout his life and career.

Concurrent with the brick-and-mortar exhibition in China, the RBML has created an online exhibition containing many of these images, which can be viewed on the exhibition website.