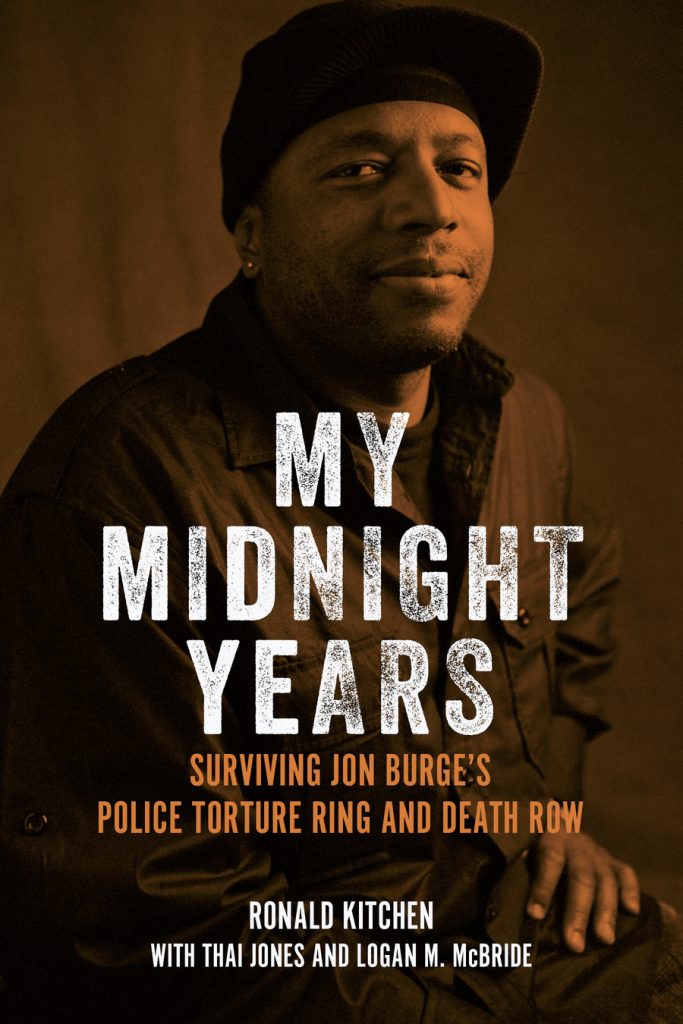 questioning. As the officers’ car headed toward the precinct, the twenty-two-year-old called out the window to his family, “I’ll be back in forty-five minutes.”

It took him twenty-one years to make it home.

Kitchen was beaten and tortured by notorious police commander Jon Burge and his cronies until finally confessing to a gruesome quintuple homicide he did not commit. Convicted of murder and sentenced to die, he spent the next two decades in prison—including a dozen years on death row—before at last winning his release and exoneration.

My Midnight Years: Surviving Jon Burge’s Police Torture Ring and Death Row was published last week. In this Q&A co-author Thai Jones, Herbert H. Lehman Curator for American History at the RBML, talks about some of the opportunities and research challenges involved in working on this project.

RBML: What types of sources did you use to help write this book?
TJ: Ronald Kitchen has an extremely impressive memory and was able to recall so many poignant and telling stories and moments from even his earliest years, so all of the narrative material originated with him, through conversations, writings, and interviews. We were also able to use historical newspapers to trace key moments in his life, including newspaper reports about his arrest, and some of his own published pieces from his days on Death Row, when he was an activist against capital punishment. Kitchen’s defense attorneys provided us with trial transcripts, appeals filings, medical reports, and other legal documentation that were crucial to our efforts to reconstruct the details of his long battle with the criminal-justice system.

RBML: How does research figure into the genre of memoir?
TJ: In a memoir that has significant historical content there’s always a process of checking and double-checking one’s memories against the historical record to see — wherever possible — whether recollections are accurate. And, when they are not accurate, to try and understand why discrepancies occurred. In this case, Ronald Kitchen’s story is much more than just a personal memoir. He is one of more than 100 young African American men who were tortured by this particular group of detectives, so he feels the need to tell his story not just for himself, but for all the others. Also, his life has been shaped by major historical forces. His mother and grandmother migrated north from Georgia during the Second Great Migration; he was born in Chicago’s largest housing project, moved to an all-white neighborhood during the midst of struggles over housing integration, and then was arrested at the peak of the turn to mass-incarceration. For me and Logan McBride, our third co-author, it was important to incorporate his memories into these trends.

RBML: How does this book fit into the work of the RBML?
TJ: Archiving the history of mass-incarceration, segregation, and the civil rights movement, has been a major priority for the RBML in recent years. These stories are underrepresented in the archives and so we have worked to bring in new paper collections related to this history, and to emphasize these topics through oral histories, community partnerships, teaching, and outreach.