On October 7, 2018 Marie Runyon passed away at 103. Rachel Klepper, a summer intern with RBML’s archives, shares what she’s found through processing the Marie Runyon collection.

In the early 1960s, Marie Runyon received notice that she and her young daughter would have to leave their Morningside Drive apartment building just a few years after moving to the neighborhood. Columbia College of Pharmacy, the owner of the building until it was later sold to Columbia University, planned to move its campus from Lincoln Center to Morningside Heights and would be evicting the tenants.  Runyon quickly began what would become an intense, decades-long legal battle to keep her apartment and those of her neighbors, which would bring her to the forefront of conflict over real estate and gentrification in Morningside Heights. 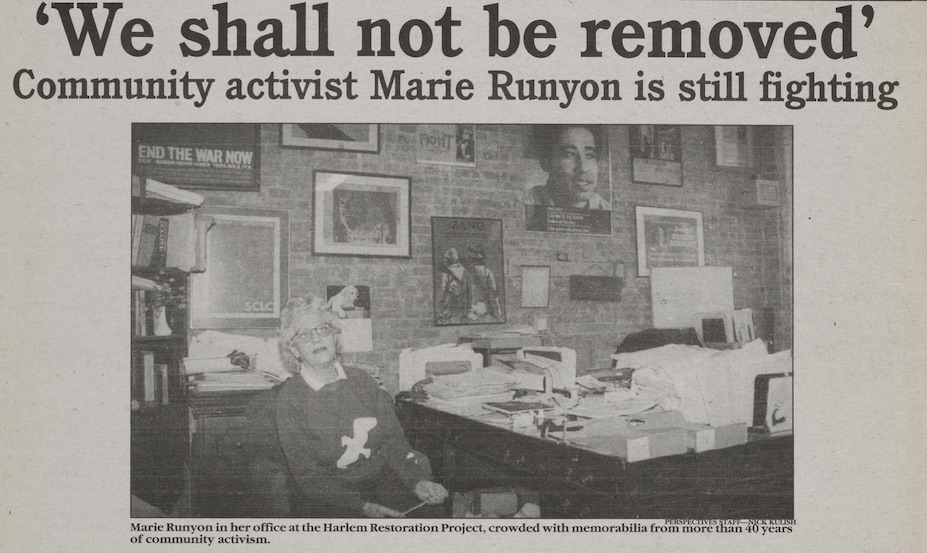 A collection of Marie Runyon’s papers, newly available in the Columbia University Archives, documents her life and her fight against Columbia through court records and through letters, articles, and flyers documenting the work of neighborhood and student activists. These papers reflect Runyon’s outspokenness and the tenacity she brought to her personal life and her organizing work. They also demonstrate her commitment to highlighting critical questions about the impact of Columbia University’s expansion in Morningside Heights and Harlem on individual residents and on the racial and economic makeup of the neighborhood.

Among the papers that Runyon donated to the University Archives are a collection of protest signs. These exceptional drawings provide a stark image of the conflict between Columbia and its neighborhood in the 1960s. A Columbia Daily Spectator article from 1967 suggests that these posters, or the inspiration for them, may have come from the protests against Columbia’s plan to build a gym in Morningside Park, where Harlem activists compared the university’s growth and harm to its surroundings to an octopus’s tentacles. The apartment numbers listed on the first poster below include Runyon’s – 130 Morningside Drive. 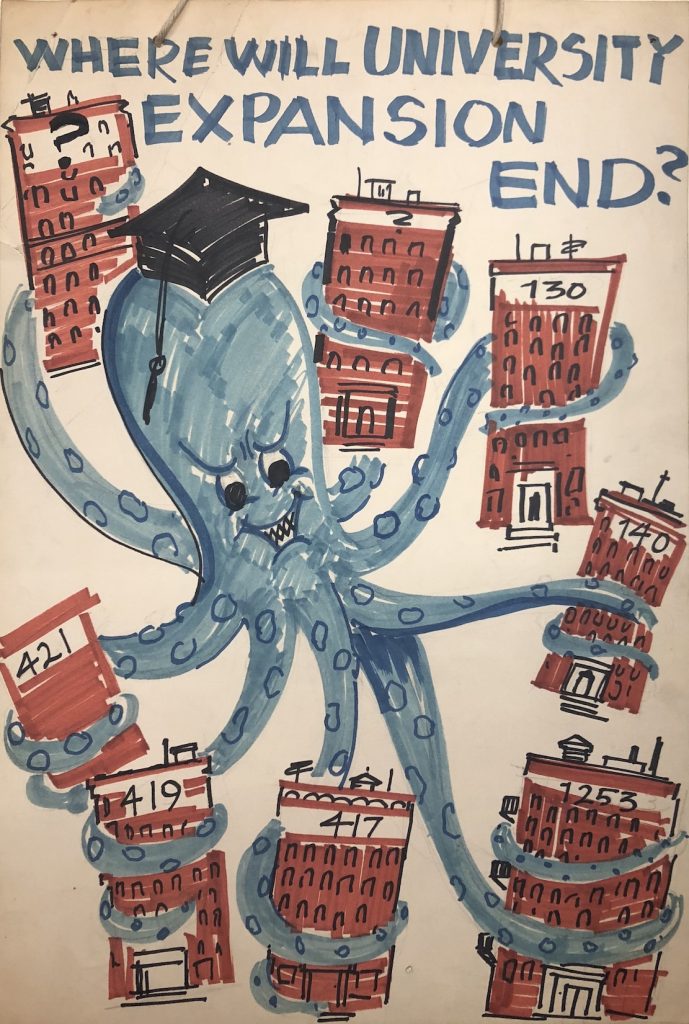 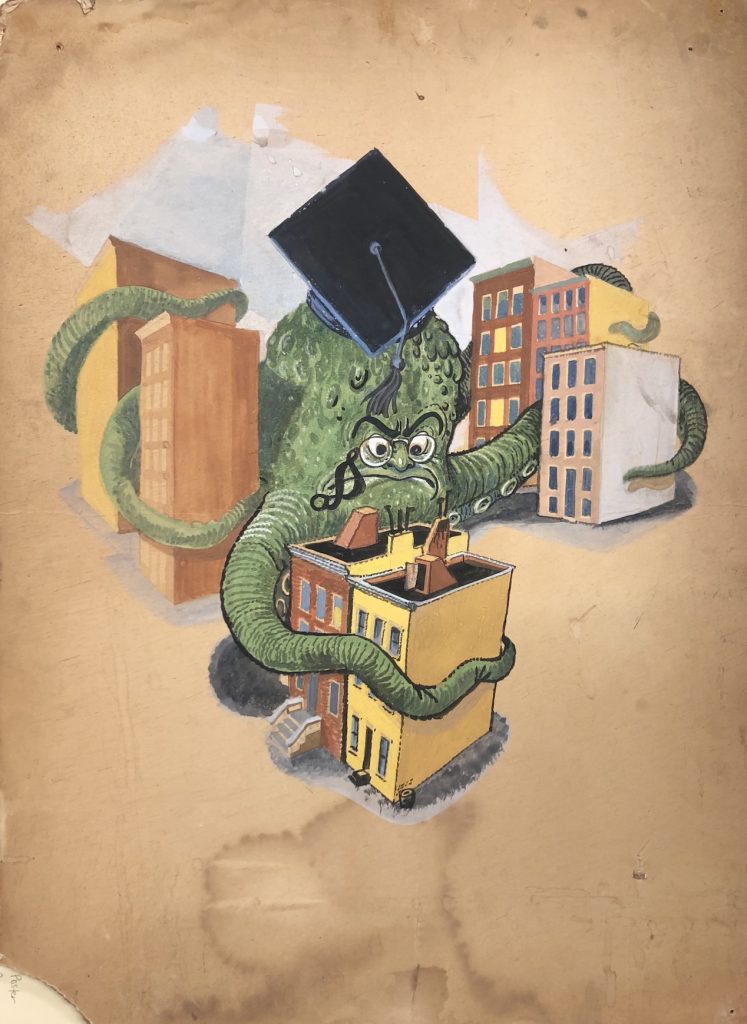 Runyon, who is also a former New York state assembly member, and the tenant activists who joined the Morningside Tenants Committee, the Columbia Tenants Union, and other organizations, brought crucial voices of protest during a time of neighborhood flux. They led protests when individual buildings faced eviction, brought neighbors together in new associations, and wrote articles and letters bringing to public light the extent of university property ownership and the treatment of tenants.

These voices did not go unheard – during the protests of 1968, Columbia students and local activists gained national attention as they fought against university expansion in Harlem and Morningside Heights, among other issues. Runyon participated in those protests, forging avenues for student-tenant collaboration as the fight continued. At times, she also faced criticism for taking on leadership as a white woman organizing in historically black and brown neighborhoods.

As current generations of students, faculty, and university administration continue these conversations about place and gentrification, about race and class, and about the role of the university in the city, Runyon’s papers provide a crucial historical perspective and a personal image of neighborhood-based activism.

Rachel Klepper is a Ph.D. student at Teachers College studying History and Education.