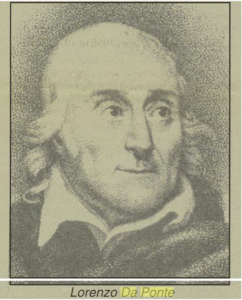 On October 15 and 17, the Cagliari Opera House will present the first modern rendering of the opera L’Ape Musicale (The Musical Bee) in the Rotunda of Columbia University’s Low Memorial Library, at 7:30pm. The performance is part of a symposium, Lorenzo Da Ponte and the Birth of Italian Opera in New York. Both events are free, ticketed and open to the public.

L’Ape Musicale is Lorenzo Da Ponte’s final libretto and the first Italian opera conceived and staged in the United States. Da Ponte, author of Mozart’s best known librettos (The Marriage of Figaro (1786), Don Giovanni (1787) and Cosi fan tutte (1790)), was the first Professor of Italian at Columbia.

In 1825 Harvard and Columbia established the first two chairs of Italian in American universities. Columbia appointed Signore Lorenzo Da Ponte at age 76. Attendance to his classes was voluntary (not-for-credit) and classes were arranged by the Professor. Da Ponte received no salary from Columbia College. According to the Trustees’ resolution, he was “allowed to receive from the students who shall attend his lectures a reasonable compensation” (Trustee Minutes, September 5, 1825). Da Ponte also sold to the College an extensive collection of books he imported from Italy. 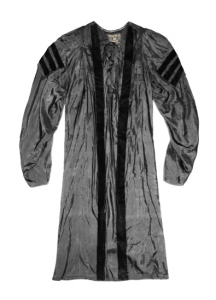 To find more about Da Ponte in the RBML collections, you can look for him in the University Archives’ Historical Biographical Files (Box 73 and 74). The materials include articles and newspaper clippings related to the former professor. There are photographs of paintings and other renderings in the Historical Photograph Collection (Box 28). There is Da Ponte correspondence in the RBML General Manuscripts and the Columbia College Papers. There is additional correspondence in the Henry J. Anderson Papers, Da Ponte’s son-in-law.