Arkadii Belinkov spent 12 years behind the bars. Photo taken in 1968.

The Bakhmeteff Archive of Russian and East European  History and Culture has acquired a throve of correspondence, published and unpublished manuscripts, photographs, personal documents and ephemera of Arkadii Belinkov (1921-1970), a well-known Soviet writer and dissident.  Belinkov received his higher education at the Maxim Gorky Literature Institute and Moscow State University. During World War II, he was briefly employed as a correspondent for the Information Telegraph Agency of Russia. During this time he wrote a number of literary works, including fiction and critiques.

In January 1944, during Joseph Stalin’s rule, Belinkov wrote a novel called A Diary of Feelings that was tacitly circulated and read by friends and acquaintances. An anonymous informant leaked this information to the authorities, and Belinkov was arrested and initially sentenced to death. Aleksey Nikolayevich Tolstoy and Viktor Shklovsky interceded for him: the execution was replaced by eight years of imprisonment in Karlag (Karaganda Gulag branch). However, while serving his sentence in 1950–1951, Belinkov wrote anticommunist articles, and his sentence was increased by 25 years.   After Stalin’s death, he was released from prison and returned to Moscow in the autumn of 1956.

During the Khrushchev Thaw, he returned to writing, but his literary works contained anti-Soviet pathos that was incompatible with the official dogma of the time. He was allowed, however, to work as a literary scholar, and his biographical/analytical work on Yury Tynyanov was received so enthusiastically that two editions appeared in a short space of time. 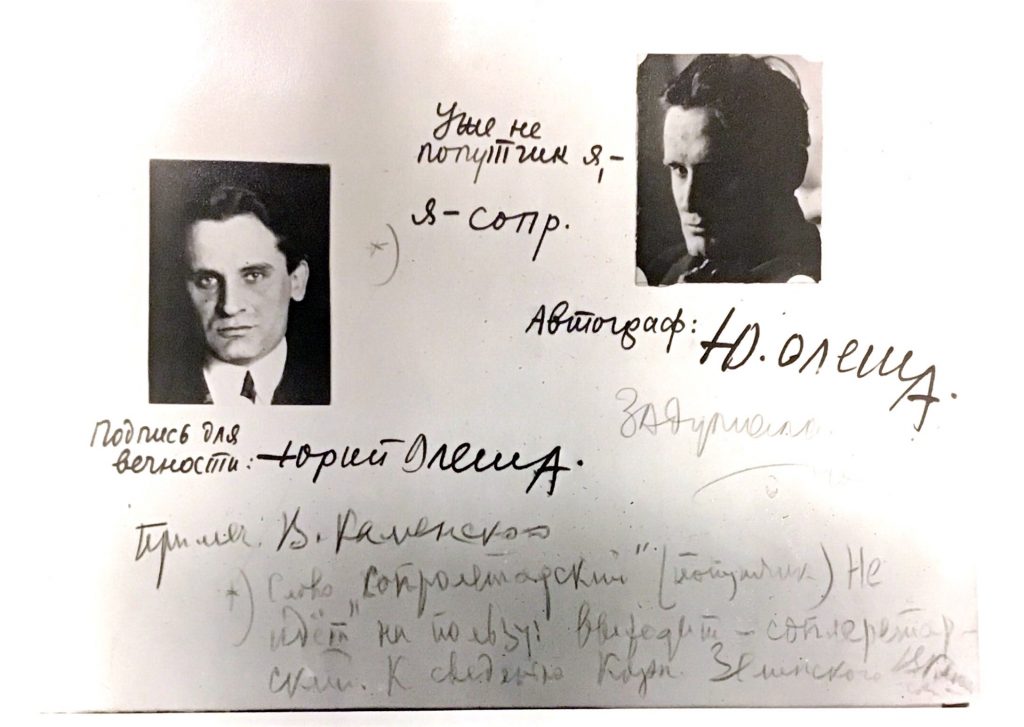 Belinkov wrote a book on Yurii Olesha, which became a sensation in the former Soviet Union.

In 1968, Belinkov and his wife Natalia fled the Soviet Union. After a while they arrived in the United States, and lived in New Haven, Connecticut.  Arkadii found work as a lecturer at several universities, including Yale but died during heart surgery in 1970.