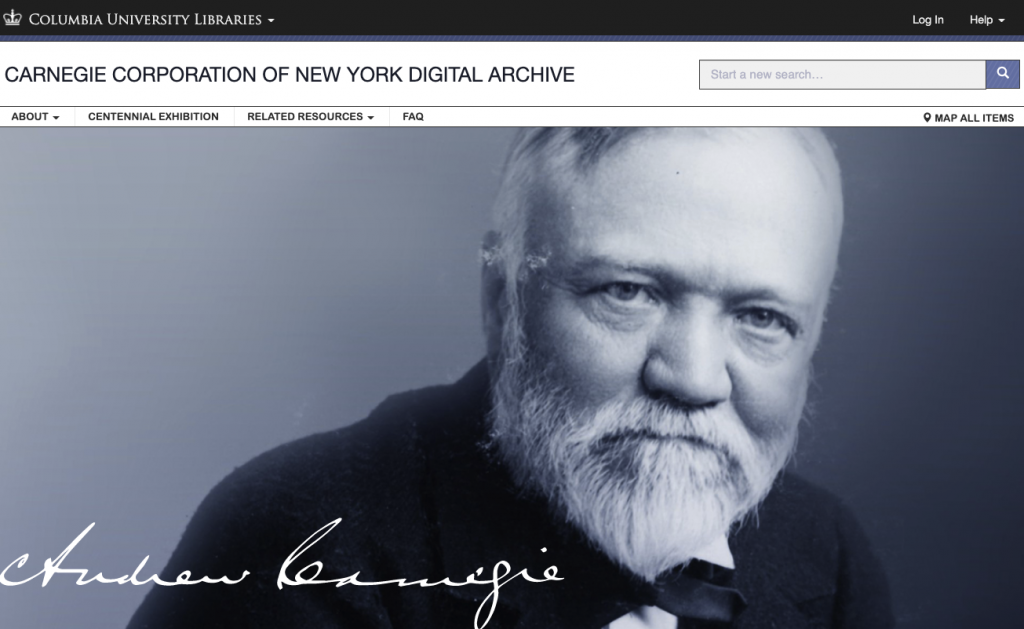 Homepage for the Carnegie Corporation of New York Digital Archive

The Corporation, founded in 1911, has been granting projects within its mission for over 100 years. The records are vast and touch on many different subjects, people, and institutions. These materials will appeal to researchers in just about any field of study, but especially genealogy, philanthropy, the history of education, social science, international peace and security, and democracy.

For example, Carnegie donated libraries, both public and academic, and church organs all over the world. I did a personal search on the Digital Archive website using the map feature — fun is an understatement — checking Leavenworth, Kansas and Xenia, Ohio where my maternal grandparents were born. Sure enough, there were both a Carnegie Library and church organ donation in both towns. 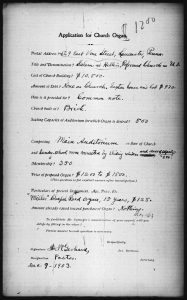 I also searched Lancaster, Pennsylvania, where my paternal grandfather had a home. I have memories of being a child running amok in the vast fields. One day, when I was 5 years-old, I picked up what appeared to be a black and white kitten, which turned out to be a skunk! What I did not remember was that there was a Carnegie-donated church organ. On this particular organ donation, there are 150+ pages of intrigue.

Anyone can and will find documents in this collection that will resonate on some level, be it personal, professional or otherwise. A few examples that were Corporation-funded are the Children’s Television Workshop, including Sesame Street and the Electric Company, the Institute for International Education (IIE), the Fulbright Scholarship, National Bureau of Economic Research, National Academy of Science/National Research Council, Brookings Institution, and the Teachers Insurance and Annuity Association of America (TIAA).

Searching the new archive these are some of the gems I found: