Join the Lehman Center for American History for a conversation with historian Martha S. Jones about her new book, Vanguard: How Black Women Broke Barriers, Won the Vote, and Insisted on Equality for All. 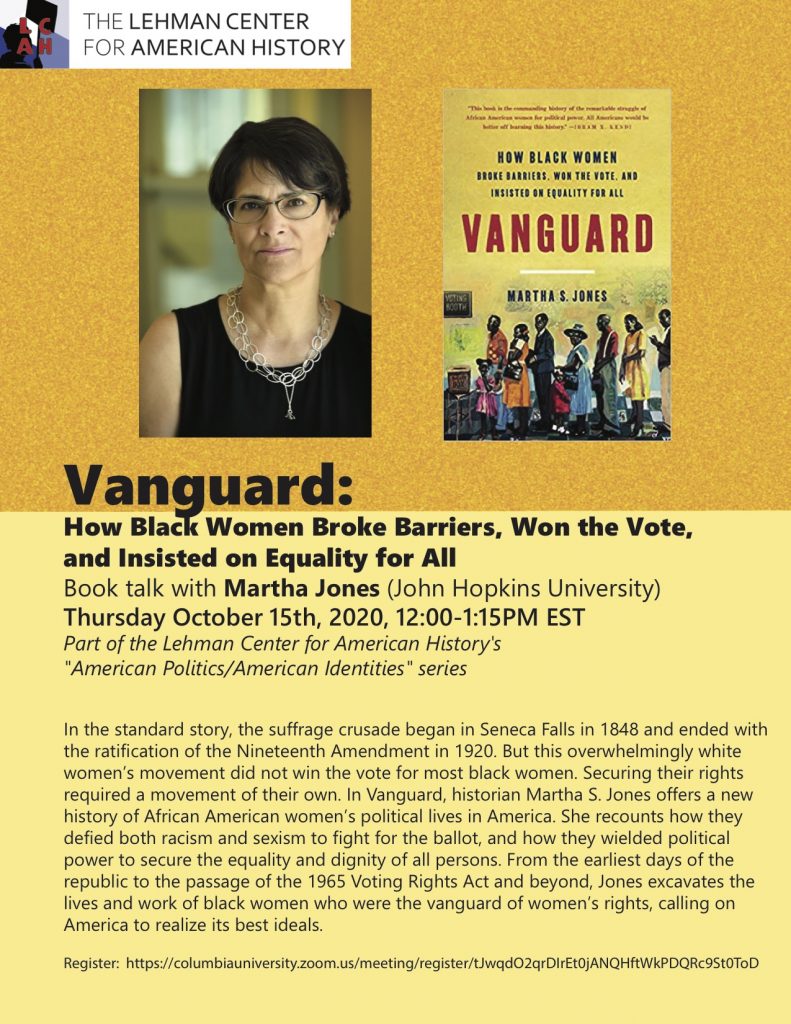 In the standard story, the suffrage crusade began in Seneca Falls in 1848 and ended with the ratification of the Nineteenth Amendment in 1920. But this overwhelmingly white women’s movement did not win the vote for most black women. Securing their rights required a movement of their own. In Vanguard, historian Martha S. Jones offers a new history of African American women’s political lives in America. She recounts how they defied both racism and sexism to fight for the ballot, and how they wielded political power to secure the equality and dignity of all persons. From the earliest days of the republic to the passage of the 1965 Voting Rights Act and beyond, Jones excavates the lives and work of black women who were the vanguard of women’s rights, calling on America to realize its best ideals.