The C. V. Starr East Asian Library has recently received a collection of Chinese books from Ms. Tania Tann Palmer via Ms. Linda P. Chen.  This gift includes 54 titles in over 200 volumes.  The books mainly cover Chinese classics, art, and literature, and come for the most part in traditional thread binding. 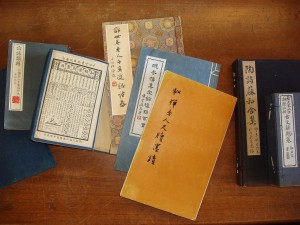 The collection also includes a number of volumes presented to Mr. Beue Tann with inscriptions and signatures by well-known government officials, poets, and artists of the Republic of China. Some books bear Mr. Beue Tann’s own signature and marginal notes in Chinese. 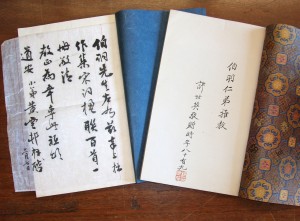 The books in this Tann donation form a good addition to Starr Library's collection, which boasts strong collections of Chinese classics, history, art and literature.  Some sample books from the collection will shortly be on view in the display cases in the reading room, near the entrance.