In 1517, the printing house of the renowned humanist printer, Aldus Manutius (1449-1515), published the second edition of a two-volume set of Homer’s Works. During his lifetime, Manutius contributed much to the art of printing: a clear to read Greek typeface, italic type, and the modern usage of the semicolon and comma. His primary mission, however, was to print and sell quality editions of classical literature in small and inexpensive formats. Soon, his books became standard schoolroom texts because of their affordability and easy to discern typeface. 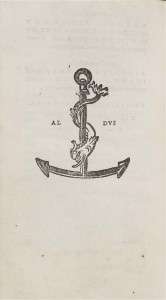 Schoolmasters, in order to maintain the same text as their students, also owned Manutius editions of their schoolbooks. Many humanist scholars also favored Manutius editions because they lacked glosses in the margins. Humanists generally preferred to interpret and take notes in their texts without a predetermined set of interpretations in their books.

With all this in mind, it makes complete sense that the humanist scholar and professor of Greek at the University of Wittenburg, Philipp Melanchthon (1497-1560), would own a set of Aldine Homer’s works.

Even more astounding than the fact that the Columbia University Rare Books and Manuscripts Library houses three volumes owned by Melanchthon is that he gave two of them as a gift to his friend who was learning Greek at the time–Martin Luther (1483-1546). 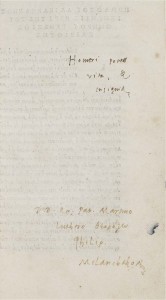 (Dono dedit; Gift given to the Reverend Father Martin Luther)

These two men surely owned these volumes. Not only are their names inscribed by Melanchthon, but they heavily annotated the pages of the tomes with translations, notes on rhetorical devices, and the names of characters for easy reference. 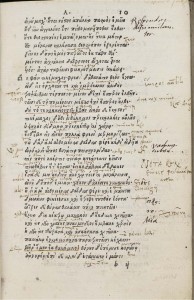 My job as the Digital Humanities Center Intern is to improve the digital platform for scholarly use and study of these artifacts. Currently, Columbia University hosts scans of the pages of the volumes here. I added higher resolution photographs to the site Annotated Books Online, hosted by University of Utrecht. This site allows for the transcription and translation of manuscript annotations in early printed books. This type of scholarly crowdsourcing allows people across disciplines and the world to share in research of these fantastic books. 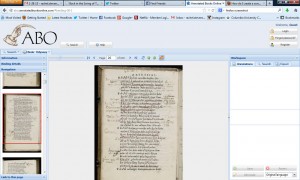 Soon, I will post a forthcoming online exhibit which I am designing to showcase the marginalia in these books. Stay tuned!