Since 2009 my colleagues and I have taken special pains to bolster Columbia’s holdings of rare (and in some cases unique) titles in Baltic & East European modernist materials from the dynamic interwar decades, as well as avant-garde (Surrealist, Expressionist, Dadaist, etc.) literature.  We have secured a number of notable acquisitions—more than 150, by my 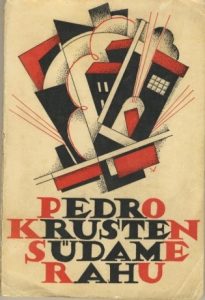 reckoning, held by either Avery Classics or RBML―that have cemented our position as the premier “destination” collection of such materials in North America.  Scholars are now examining the original and inflected contributions of indigenous intellectuals and artists in the context of broader European literary, artistic, architectural and political movements.  The addition of Polish, Latvian, Estonian, Croatian, Serbian, Hungarian, and Romanian interwar imprints over the past half-decade has established Columbia as an important repository for such materials.

This past fall, thanks to support from Columbia’s Primary Resources Fund, we were able to acquire a group of four exceptionally rare Estonian Modernist publications and two serials from the interwar period: 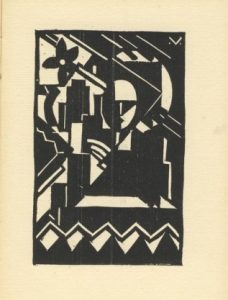