Last week, I had the opportunity to participate in a conference on Medicine, Religion and Alchemy in South India: Resources and Permutations of Siddha Traditions and Siddha Medicine that convened at Tübingen University, Germany, 25-27 July 2019. The conference brought together scholars from Austria, France, Germany, India, Poland, Switzerland, and the United States who met in Hohentübingen Castle to discuss developing research in Siddha traditions. 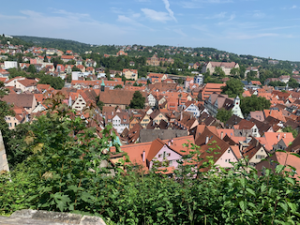 View of Tübingen from Hohentübingen Castle

The conference was divided into four panels. Panel 1: Siddha Essentials, Essences included a paper by V. Sujatha (a sociologist at Jawaharlal Nehru University, India) on medical syncretism in contemporary Siddha; a paper by Brigitte Sébastia (from the French Institute of Pondicherry) on a Siddha manuscripts Endangered Archives Programme archival preservation project; and a paper by T. Dharmaraj (from the Cultural Studies Department at Madurai Kamaraj University) on Tamil Buddhism as practiced by Dalits. 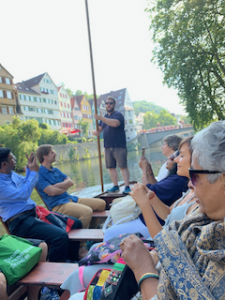 Panel 2 focused on Colonial Transformations, and included a paper by Christèle Barois (an Indologist from the University of Vienna) on the Usman Report as a resource for Siddha medicine; a paper by D.V. Kanagarathinam (a historian from Indian Institute of Technology, Chennai, India) on the historical emergence of Siddha as a distinctly identified medical ‘system’; and a paper by Gary Hausman (South Asian Studies Librarian, Columbia University) on the history of Siddha clinical and pharmaceutical research in 20th century Madras State, India. The report by Christèle Barois is of special interest for librarians; volume two of the Report of the Committee on Indigenous Systems of Medicine, Madras (1923) which consists of original testimony of indigenous Ayurvedic, Siddha and Unani practitioners in multiple vernacular South Asian languages and scripts is being translated under an ERC-funded Ayuryog Project: Entangled Histories of Yoga, Ayurveda and Alchemy in South India, and will be published Open Access online in the near future (2020). 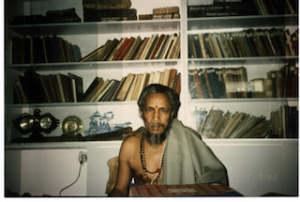 Panel 3 of the conference was on Alchemy and Medicine, and included a paper by Ilona Kędzia (Tamil/Sanskrit Lecturer at Universität Hamburg) on textual references to alchemical medicine in the works of Siddhar Yākōpu; a paper by Justus Weiß (University of Tübingen) on an ethnographic study of plant life forces (muligaikappu) in the Siddha cosmos and pharmacology; and a paper by Roman Sieler (University of Tübingen) on the role of mercury in Siddha medicines. Tamil Siddha texts are often composed in an esoteric parīpāṣai (‘twilight language’) with coded, hidden meanings, so such ethnographically informed textual research is especially important. 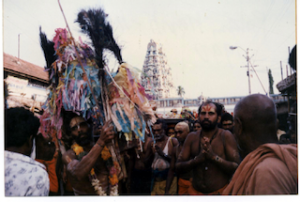 Panel 4 of the conference, on Religion, included a feminist engagement by Kanchana Natarajan (Department of Philosophy, University of Delhi) on Siddha views of women with positive connotations (e.g., the goddess Valai as first generative principle) as well as negative views; a paper by Nina Rageth (Department of Religious Studies, Universität  Zürich) on “Kaya Kalpa Yoga,” a specific technique of a Hindu Guru organization in Coimbatore district, India based on traditional Tamil rejuvenation practices (kāyakaṟpam); and a paper by Layne R. Little (Religious Studies, University of California Davis) on narratives of commodification and cultural loss relating to the navapashanam (“nine poisons”) icon of the god Murugan reputed to be secreted away  in the Palani Murugan Temple, India.

Kudos to Universität Tübingen, and the main organizer Roman Sieler, for a most intellectually stimulating conference.