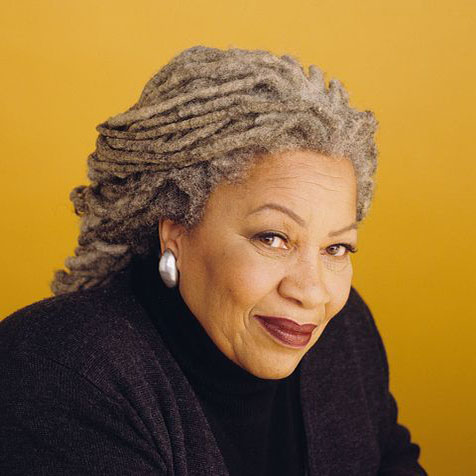 On August 5, 2019, a great tree fell in the forest of my imagination. Toni Morrison, the great African American writer and international humanist, had died.  I could not ignore the sadness.  I was personally moved to read, re-read, and to become more familiar with Morrison’s novels and non-fiction writing, including her books for children, co-authored with her son Slade Morrison, to learn more about her work with the Western musical forms of opera and classical art songs, her interests in the visual arts, film, and politics, as well as the fruit of her labors as an editor and advocate for African authors and other humanist writers around the world (1975 and 2009).  In the wake of Morrison’s passing, I began conducting a survey of open access interviews and performances of Morrison, as well as significant commentaries on her life and legacy.  As the subject librarian for African Studies at Columbia University, I looked to the books I knew, to the Internet, and to the library holdings at Columbia and elsewhere to cope with my sense of emptiness.  As an Africa-centered reader, I have settled on two topics of investigation: first, the ways in which scholars have analyzed Morrison’s invocation of an imagined “Africa” and the African heritage among African Americans through her characters and stories ; and, second, her relationships with authors from the African continent.

I offer here the first part of my report.

Out on the Internet, there’s a wide array of freely accessible Toni Morrison performances, analysis, interviews, readings, and testimonies on Morrison’s life and her works.  Aside from the images and words of Morrison herself, particularly useful for the research scholar are the “Bibliography” project of The Toni Morrison Society (Atlanta, Georgia), covering the period 2000-2011, and the Oxford Research Encyclopedia biographical entry on  “Toni Morrison”  by Kristine Yohe (2019).

For those with access to Columbia’s library collections, there are currently in the library catalog: 149 entries for Morrison-authored works -and- 261 entries for works about Morrison.  Using Columbia’s access to MLA International Bibliography and other relevant indexes in the EBSCOhost Research Databases, the reader can find almost 5000 entries on the subject of Toni Morrison for publications since 1968, including articles, books, book chapters, book reviews, and theses. Two useful, recently published, reference sources available at Columbia are:
“Toni Morrison” by Justine Tally (2017) in Oxford Bibliographies Online and Tessa Roynon’s The Cambridge Introduction to Toni Morrison (2013) in print or online.  It so happens that Columbia’s Rare Book and Manuscript Library is also the home of the archives of Random House, the publishing company where Toni Morrison worked as an editor from 1965 to 1983.  The finding aid indicates that the collection includes Toni Morrison’s editorial files for the period 1974 to 1983.  However, the bulk of the Morrison archive is to be found in the Toni Morrison Papers collection held at Princeton University, where Morrison actively taught on the faculty from 1989 to 2006.

With regard to my first research topic on the “African heritage” of African American culture depicted in Toni Morrison’s novels, especially Sula, Song of Solomon, Tar Baby, Beloved, Jazz, and Paradise, the reader might start with the following: La Vinia Delois Jennings’ Toni Morrison and the Idea of Africa (2008) ;  K. Zauditu-Selassie’s African Spiritual Traditions in the Novels of Toni Morrison (2009) in print or e-book ; Christopher N. Okonkwo’s  A Spirit of Dialogue: Incarnations of Ogbanje, the born-to-die, in African American Literature (2008)  ; and, Therese  E. Higgins’ Religiosity, Cosmology, and Folklore: The African Influence in the Novels of Toni Morrison (2001) in print or e-book.  Two seminal articles by Gay Wilentz on this matter are critically important: “Civilization underneath: African heritage as cultural discourse in Toni Morrison’s Song of Solomon,” which first appeared in the journal African American Review in 1992 (print or online) and republished in the 2003 book Toni Morrison’s Song of Solomon : a casebook, edited by Jan Furman; and, “An African-Based Reading of Sula,” in Approaches to Teaching the Novels of Toni Morrison, edited by Nellie Y. McKay and Kathryn Earle (1997).  In addition, an important early contribution on the discourse is Vashti Crutcher Lewis’ oft-cited 1987 Phylon article: “African Tradition in Toni Morrison’s ‘Sula’.”

These works argue that a major feature of Morrison’s fiction is her use of surviving Africanisms in African American culture, such as the belief in the importance of ancestors, ancestral spirits, healers, conjurers or witches, priests or priestesses, and diviners or soothsayers.  Many scholars argue that such beliefs and the rituals associated with them among African Americans have their roots in the African traditional cosmologies produced in West-Central Africa and in societies near the Bights of Benin and Biafra in West Africa, those areas from where more than half of the African diaspora in the Americas has its origins (Slave Voyages, 2019).  Anthropologists and historians have identified these areas as the historic kingdoms of Kongo and Ndongo in present-day Angola, West-Central Africa, the kingdom and empire of Dahomey in present-day Benin, the Igbo and the Yoruba in present-day Nigeria, West Africa.  So, for example, Jennings argues that in several of her novels Morrison uses the Kongo Yowa (cross-in-a-circle), ancestors–living elders and the dead, witches (bandoki, in Kikongo), healers (banganga, in Kikongo), and various aspects of Dahomean Vodun (such as loas and orixas). Okonkwo focuses more on the Igbo and Yoruba concepts of the spirit child (ogbanje or abiku) in Morrison’s fiction.

With regard to the often cited “flying Africans” in Toni Morrison’s Song of Solomon, Morrison herself and other scholars agree that she is explicitly drawing upon a documented aspect of African American folklore handed down by several generations of African slaves and their descendants in coastal South Carolina and Georgia. The myth refers to newly enslaved Africans who upon arriving in coastal South Carolina or Georgia flew back to Africa rather than live in slavery in America. See for example, the 1940 publication of the Georgia Writers’ Project, Drums and shadows: survival studies among the Georgia coastal Negroes, (reprinted in 1986).

On my second topic, we must rely on what Morrison has said in interviews and in public appearances. In September 2000, she described her first encounters with African literature.  These comments were part of a brief presentation she gave in honor of the Nigerian author Chinua Achebe, published in Morrison’s last book, The Source of Self-Regard (2019):

“In 1965, I began reading African literature, devouring it actually. It was a literature previously  unavailable to me, but by then I had discovered a New York bookstore called Africa House, which offered among other things back issues of Transition (print or online), Black Orpheus (print or online), and works by a host of African writers from all over the continent.  Amos Tutuola,   Ayi Kwei Armah, Ezekiel Mphahlele, James Ngugi [Ngugi wa Thiong’o], Bessie Head, Christina Ama Ata Aidoo, Mongo Beti, Leopold Senghor, Camara Laye, Ousmane Sembene, Wole Soyinka, John Pepper Clark: the jolt these writers gave me was explosive. The confirmation that African literature was not limited to Doris Lessing and Joseph Conrad was so stunning it led me to secure the aid of two academics who could help me anthologize this literature. At that time African literature was not a subject to be taught in American schools. Even in so-called world literature courses it had no reputation and no presence. But I was determined to funnel the delight, the significance, and the power of that literature into my work as an editor. The publication of Contemporary African Literature [edited by Edris Makward and Leslie Lacy]   in 1972 was the beginning of my love affair.” (p. 285)  [***See below]

“Chinua Achebe (along with Camara Laye, Bessie Head, and others) constituted a complete education for me. Learning how to disassemble the gaze that I was wrestling with (the habitual but self-conscious writing toward a nonblack reader that threatened and coated much African American literature); discovering how to eliminate, to manipulate the Eurocentric eye in order to stretch and plumb my own imagination; I attribute these learned lessons to Chinua Achebe.” (p. 286)

In a 1986 interview conducted by Christina Davis, which first appeared in a 1988 issue of the Paris-based journal Presence Africaine (in print or online) and later in Conversations with Toni Morrison (1994), edited by Danille Taylor-Guthrie, Morrison says, in response to the question: What do you feel are links between African and Afro-American literatures? : “I’m only discovering those links in a large sense–that is, as a reader and as a scholar…When I first began to write, I would do no research in that area because I distrusted the sources of research, that is, the books that were available, whether they were religion or philosophy and so on. I would rely heavily and almost totally on my own recollections and, more important, on my own insight about those recollections, and in so doing was able to imagine and to recreate cultural linkages that were identified for me by Africans who had a more familiar, an overt recognition (of them).” (p. 225)

In the same 1986 interview, in answer to the question “If there’s an African writer or African writers that you feel particularly akin to or whose work you feel especially close to?”, Morrison responded: “Well, neither akin nor close but certainly a real education for me. Chinua Achebe was a real education… And certainly the plays of Soyinka and the Beautyful Ones Are Not Yet Born of Ayi Kwei Armah–those things were at that time real, and they’re the kinds of books that one can re-read with enormous discoveries subsequently.”  (pp. 228-29)

In Toni Morrison’s book review of Camara Laye’s The Radiance of the King (2001 ed.), which appeared in The New York Review of Books in August 2001, and as the foreword in the 2001 English edition of the French original (1954), later re-published in Toni Morrison: What Moves at the Margin (2008), she explains what was the impact of the Guinean author Camara Laye’s approach:

“This extraordinary novel…accomplished something brand new. The clichéd journey into African darkness either to bring light or to find it is reimagined here. In fresh metaphorical and symbolical language, storybook Africa, as the site of therapeutic exploits or of sentimental initiations leading towards life’s diploma, is reinvented. Employing the idiom of the conqueror, using precisely the terminology of the dominant discourse on Africa, this extraordinary Guinean author plucked at the Western eye to prepare it to meet the ‘regard’, the ‘look’, the ‘gaze’ of an African king.” (pp. 121-22)

***NB: Contemporary African Literature is a spectacular anthology, with color illustrations, now out of print.  It was primarily designed as a textbook to be used for teaching African literature in American high schools and colleges. Sadly, it does not appear to have ever been reviewed by any major book review magazine or newspaper, or by any African or African American studies academic journal.  I am still searching for evidence that it was used in a significant way in any American classroom.  I would argue that interest in this book should be revived among scholars and teachers of Africa.