The South Asia Open Archives (SAOA) was launched on Friday, October 18th, in conjunction with the Annual Conference on South Asia in Madison, Wisconsin. A collaborative initiative of (currently 22) US libraries and (currently 4) partners from South Asia, SAOA is administratively hosted by the Center for Research Libraries (CRL) and available globally open access (to the extent copyright permits) in partnership with JSTOR/Ithaka. At launch, SAOA includes 6,759 items with 350,000 pages of research materials in 13 languages, in four curated collections of caste & social structure, literature, social & economic history, and women & gender. Here is a brief overview of the four collections. 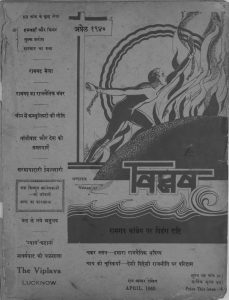 Monographs, serials and pamphlets relating to caste and social structure are included. To the extent that copyright permits, they are open access. (Certain serials published in the 1930s to 1940s, such as Bāgī (Lucknow, India),  Viplava, and Viplavī ṭrekṭa (Lucknow, India) may not be fully open access). Books in this collection include Caste in India, Caste Everywhere: How to Keep or Lose an Empire by Peter the Pearker (1850); An Essay on Hindu Caste by Rev. H. Bower (1851); Evolution of Caste by R. Rama Sastri (1916); Hindoo Castes by Etienne Alexander Rodrigues (1838); On the Beneficial Effects of Caste Institutions by R. H. Elliot (1869); Treatment of Indians by the Boers, and Treatment of the Low Castes in India by Their Own Countrymen; A Speech, by G.K. Gokale; and other materials. 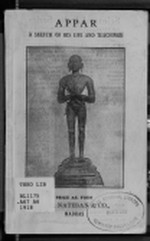 Creative works (fiction, poetry, drama), literary criticism, and reference works related to literature are included in this collection. Sample items include A compendious grammar of the current corrupt dialect of the jargon of Hindostan, (commonly called Moors) (1809); Appar : a sketch of his life and teachings (1918); Kāvyakirīṭa by Yaśavanta (Marathi); Hindustānanā devo nema itihāsa, sāhitya, ane pūjānuṃ saṅkshipta varṇana by E. Osborn Martin (1917, on Gods of India); One hundred best views of Ceylon from photographs taken by the publishers (1900); Pal̲amol̲ikaḷ/Selected Tamil proverbs for the C.M.S. examinations (1905); Siege of Chitur/चितूरगडचा वेढा by Nāgeśa Vināyaka Bāpaṭa (1899); Vicarious punishment by Bombay Track & Book Society (Urdu, 1863); स्त्रीधर्मनीति/Strīdharmanīti by Ramabai Sarasvati (Marathi, 1883, on the duties of women and the advantages of female education); and many others. 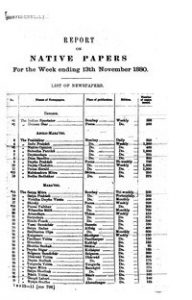 This is an especially large collection. Highlights include census, commerce, customs, and land commerce reports, and newspapers such as The Morning Chronicle (1853, Kolkota, India) and The Star of Islam (1939-1940, Sri Lanka). An especially rich primary resource for historical research is available in the various Reports on Native Papers collected from 1874 through 1937 in various provinces of British India including Kolkata, West Bengal; Mumbai, Salsette Island, Mahārāshtra, India; and others. These reports compiled a weekly summary, often including extracts from the original article, of Indian newspapers in multiple languages (including English), with summaries and translations in English. Similar reports for other provinces include Selections from the Vernacular Newspapers Published in the Panjab, North-Western Provinces, Oudh, Central Provinces and Berar (1881-1901); and Selections from the native newspapers published in the United Provinces of Agra & Oudh (1903-1912). 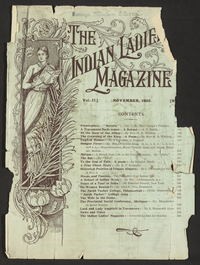 This module includes books, serials and pamphlets by and about women. Highlights contributed by Columbia University Burke Library include Our Indian Magazine (1899), The Indian Ladies’ Magazine (1916-1917), The Young Women of India (1900), and The Young Women of India and Ceylon (1908-1916). The Indian Ladies’ Magazine was the first magazine in India edited by an Indian woman, Kamala Satthianadhan.