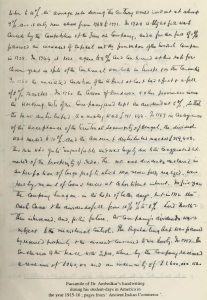 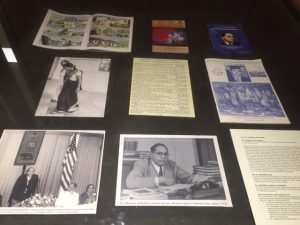 Ambedkar Jayanti (Bimbhao Ambedkar’s  birthday), which takes place on April 14th, comes upon us this year in most unusual and harsh circumstances, when an enormous percentage of people across the planet is sheltered at home and the COVID-19 pandemic has taken the lives of tens of thousands. Under these unprecedented realities which expose the deeply entrenched inequalities in our societies and, sadly, put disadvantaged groups in an even more difficult situation, my mind is drawn to the legacy of Ambedkar–the “Father of the Constitution”, the “Doctor and Saint” or as people affectionately refer to him, Baba Saheb Ambedkar (1891-1956)– and to his remarkable work on behalf of the Dalits and of the disadvantaged, and toward a just and equitable society. I think of his statue in the far east corner of Lehman Library at the Columbia University Libraries where I work, and I feel sad that no one can pay tribute there to a man who advocated for the Dalits and for women, for the under-represented and discriminated against, and who fought for justice and unity for all. No garlands will be laid this year, no one will gather there, no photos will be taken of visitors from across the globe posing in front of the bust and the small display of archival photos and documents, as has happened every year in the past. (For a touching account of one such visit to the Ambedkar bust in Lehman Library by an admirer of Ambedkar, and a health worker/doctor, please see the following post). 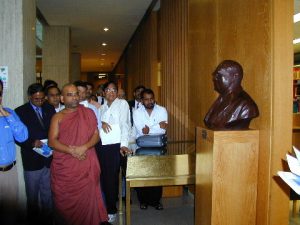 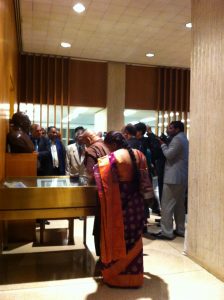 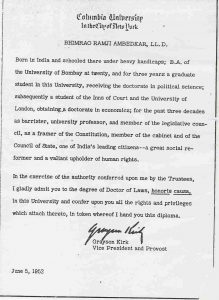 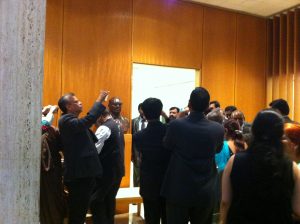