This exhibition is just a very small sample from an extensive historical photograph collection on daily life in Africa during the 1960s, recently acquired by The Rare Book & Manuscript Library of Columbia University. Marc & Evelyne Bernheim were Euro-American photojournalists who sought to document what they saw as “Africa’s new importance” and its “hurry for change, attempting to combine progress with tradition.” During the 1960s, they traveled to and photographed in many parts of Africa and produced a body of work that included books for young people about “modern” and “traditional” Africa. They also supplied photos for The New York Times, Conde Nast, Ebony, Life, and other media outlets, encylopedias, literary anthologies, and publications for organizations such as UNICEF and the New Haven Public Schools in Connecticut. 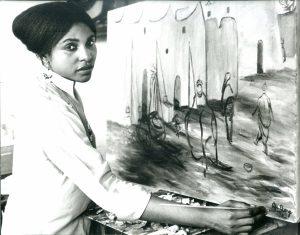 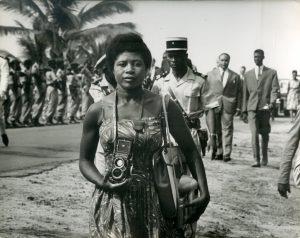 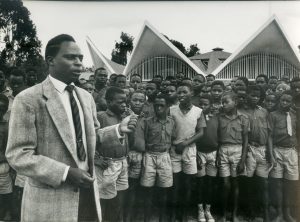 These Africans captured on film some sixty years ago represented the embodiment of the hopes and dreams of a dynamic, newly independent Africa.

Before becoming professional photographers, Marc Bernheim was a chemical engineering student in college and Evelyne Bernheim was a graduate of Barnard College who had also earned a Masters’ degree in “Hispanic Studies” from Columbia. Both persons are now deceased.
Books by Marc and Evelyne Bernheim include: From bush to city: a look at the new Africa (1968) ; A week in Aya’s world: the Ivory Coast (1969) ; African success story: the Ivory Coast (1970) ;
The drums speak: the story of Kofi, a boy of West Africa (1971) ; and, In Africa (1973).