Hearing the voices of people who lived in another century brings them close to us, but early recording technology makes hearing them a challenge. In the first half of the 20th century a common recording method was to use discs with a lacquer surface. Sound waves caused a stylus to vibrate and cut grooves into the lacquer while the disc turned. The recording was played back by running another stylus through the grooves and amplifying the sound. The inner core of the discs was metal, cardboard, or even glass. Playing these old recordings is a problem – the lacquer deteriorates over time, developing cracks and sometimes detaching from the core, and of course glass is easily broken.

Until a few years ago, a broken record was a lost cause – while conservators can repair many types of damage, they cannot put broken glass recordings back together again. But in 2013 scientists from Lawrence Berkeley National Laboratory developed IRENE (Image Reconstruction Eliminate Noise, Etc.), a digital imaging system that can make a picture of the grooves on a disc and then transform the images into digital sound files. Carl Haber, the lead scientist and a Columbia graduate, won the MacArthur Fellows award for his work. (For more on Haber and how he developed IRENE, see this article in Columbia College Today). 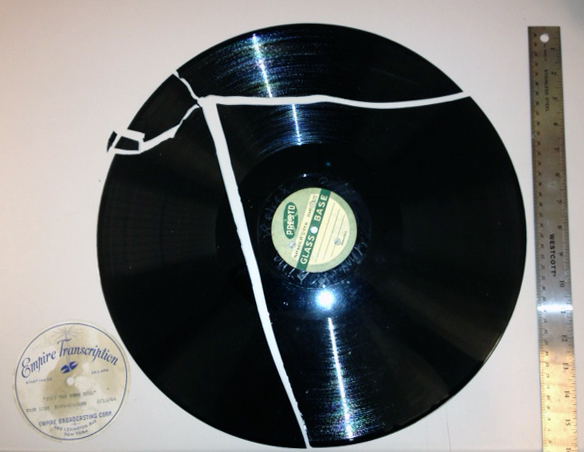 Like many other libraries and archives, Columbia has its share of glass and other fragile recordings. When IRENE became available from the Northeast Document Conservation Center, we sent off this disc from 1944 to test the new service. The disc had shattered and small fragments along the edges of the breaks had been completely lost. Using IRENE, each surviving fragment was separately imaged, and then the entire recording was digitally reassembled. Pops and clicks can be heard where bits of the lacquer were missing, but this recording of WNEW’s Join the News Reel from 10 February 1944, broken decades ago, now speaks once more.

Learn more about IRENE at NEDCC. 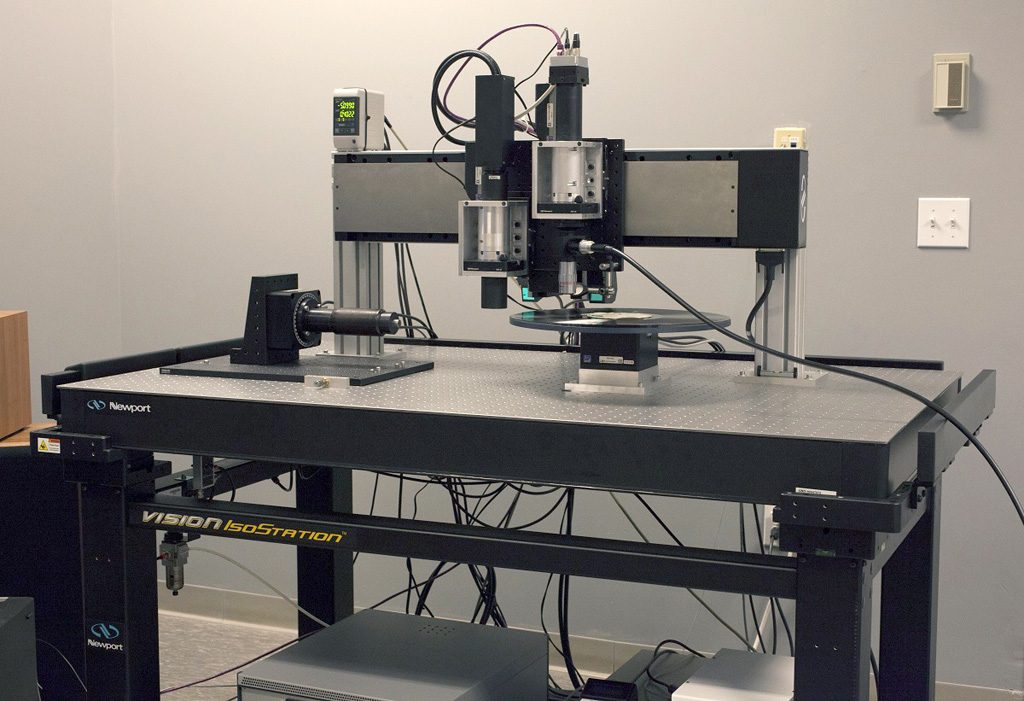