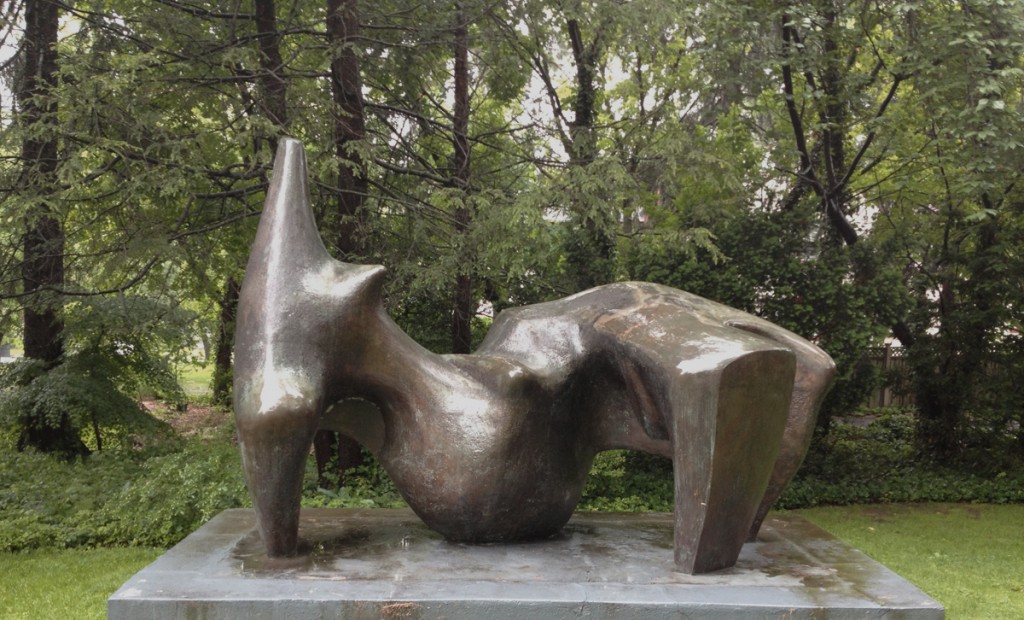 Columbia University is honored to be the recipient of a significant donation of a public outdoor sculpture by Henry Moore (1898-1986), one of the most important British sculptors of the twentieth century. Preparation for the installation of Reclining Figure, which measures approximately 9 x 11 x 7 feet and is cast in bronze, will begin this week at the Morningside Campus on the central lawn near the entrance to Butler Library. The donation of this sculpture was accepted by the Committee on Art Properties and University administration over twenty years ago, with the permanent location approved more recently. The photograph seen above was taken in 2014 and shows the sculpture in its pre-conservation state. The donors, David and Laura Finn, were long-time friends of the sculptor. Mr. Finn is a fine-art photographer who has published numerous books on photographing sculpture, and is a co-founder of Ruder Finn Inc., the public relations agency. The Finns’ children are alumni of Columbia.

Early in his career, Henry Moore embraced abstraction through sculptural forms, but his works consistently call to mind figurative subjects. Columbia’s newest public outdoor sculpture, Reclining Figure, is meant to suggest the form of a woman with her legs outstretched before her, propping herself up with her forearm. This work was designed by Moore from 1969 to 1970 and subsequently cast in bronze by Hermann Noack in Berlin. Columbia’s cast is number 5 of 6, with repetitions of this important work on display in cities such as Hakone, Japan; Humlebaek, Denmark; and Tel Aviv, Israel. 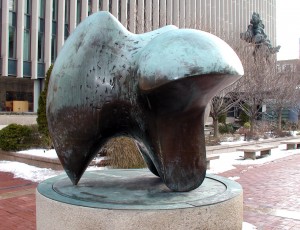 campus, this sculpture will make Columbia only the second university in the United States, after M.I.T., to have on permanent display two public outdoor sculptures by Moore. Columbia’s other Moore sculpture, Three-Way Piece, No. 1: Points, located on Revson Plaza, was donated in 1967 by Miriam and Ira D. Wallach.

UPDATE (November 17, 2016): Following many months of discussion, University Administration, with the support of the donors, decided to change the location of this sculpture to the lawn just south of Havemeyer and east of Mathematics, where it will better harmonize with the natural environment, situated between two trees. The concrete base is now in place, and we are looking forward to installing and showcasing this remarkable sculpture by Moore in the coming weeks.