The flying saucer has been a meme in the U.S. at least since Kenneth Arnold's 1947 sighting near Mt. Rainier, but discs in the sky have "appeared" in global manuscripts from Japan through Europe for hundreds of years. The post-war 20th-century explosion of interest is  inextricably bound up with the Cold War, nuclear weaponry, and a general sense of dread. The US Air Force legitimized the quest for UFOs with its Project Blue Book and Columbia contributed to the study of the phenomenon through engineer  Leon Davidson (BS'43/PhD'51), who worked on the Manhattan Project and at Los Alamos. From 1949 into the 1960s Davidson studied and collected material on UFOs, which he donated to Columbia. The collection includes pamphlets, 'zines, scrapbooks, and more. In a 1962 letter to Columbia, Davidson concluded, "It is my believe that Flying Saucers are not interplanetary, but that there is substance to the subject." Here is a tiny sampling of the thousands of items in the Flying Saucer Collection: 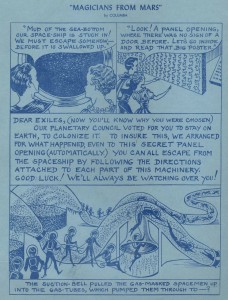 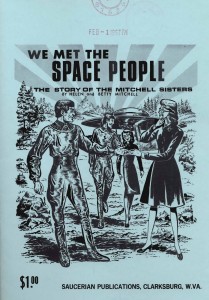 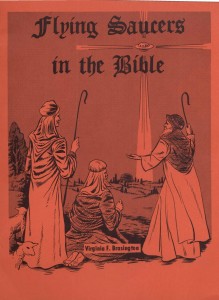 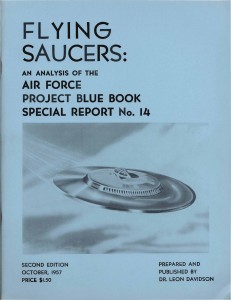