One thing that is striking upon processing the Dan Talbot Papers is the types of materials his company kept and the attention to detail each film was given. When I think about the functions of film distribution companies my immediate thoughts are acquiring, distributing, and publicizing. Talbot’s New Yorker Films seemed to go above and beyond what was required for such a small independent film company.  With a staff of just nine individuals (according to a quick internet search) the amount of material within the Dan Talbot Papers surrounding New Yorker Films is astounding. The collection spans over 500 boxes and includes a variety of materials from printed and audiovisual material to operations files.

The most surprising files I’ve found have been the reviews of each film Talbot’s company distributed. Not only does the collection contain both original newspaper clippings as well as copies but these reviews are sometimes broken down by region (for example East Coast and West Coast reviews) and sometimes even more specifically by state. I’ve never considered how much importance a film distribution company would place on film reviews. It seems a little odd to me to collect nearly everything written about the film. As a matter of practice, you would think a film company would care more about how much money the film is making rather than whether or not it is being favorably received. Perhaps it was Talbot’s own history as a former film critic (he wrote for The New York Times in the 1960 as well as The Progressive) as well as his nature as a cinephile that made him want to read and save pages upon pages of reviews.

I was also surprised at the detailed marketing attention some of the films in his distribution company received. While it is entirely common for film companies to put together press kits of film synopses and photographs in order to send out to the media, it is quite another to be engaging in the creation of original artwork for the films. The film Peppermint Soda, a 1977 coming of age French film, directed by Diane Kurys and distributed by New Yorker Films, features some incredibly stunning hand drawn art, from full posters and transparencies to individual prints. 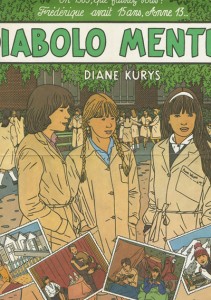 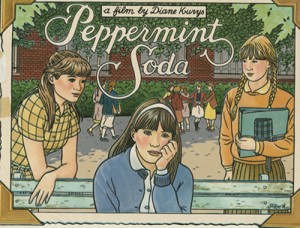 The above poster and transparency for the film were created by Floc’h, a French artist who previously collaborated with director Jacques Rivette. It is likely he’d already provided his services prior to Talbot’s acquisition of the title, as Gaumont films originally had the rights to the film. Regardless, the detail in marketing and publicity for Peppermint Soda is so specific to the film’s content and genre and was clearly given a lot of time and focus after Talbot’s acquisition of the title.

Many files within the Dan Talbot Papers contain ads for films. These would appear in newspapers and magazines and are usually presented with quotes. They are normally stills from the film. The ads for Peppermint Soda, however, contain original 8 1/2 by 11 hand drawn black and white illustrations, based upon scenes in the film. 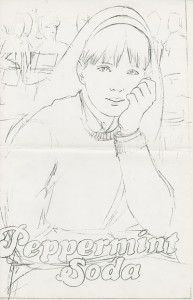 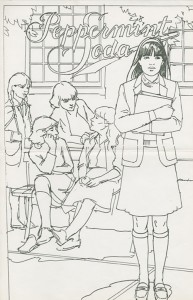 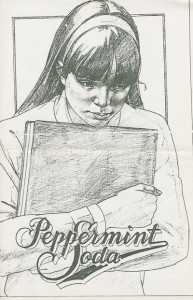 Some of this artwork was then set within print newspaper ads. 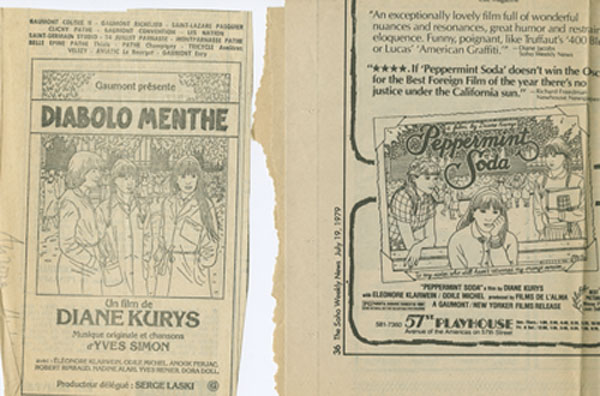 From my experience processing thus far, it appears that Talbot kept all the print ads to most of his films, from each publication they appeared in. The Dan Talbot Papers are not only a treasure trove of material from the independent and foreign film scene for cinephiles, researchers, and scholars alike but the collection also provides insight into the inner workings of an independent distribution company and just how far that role extends.