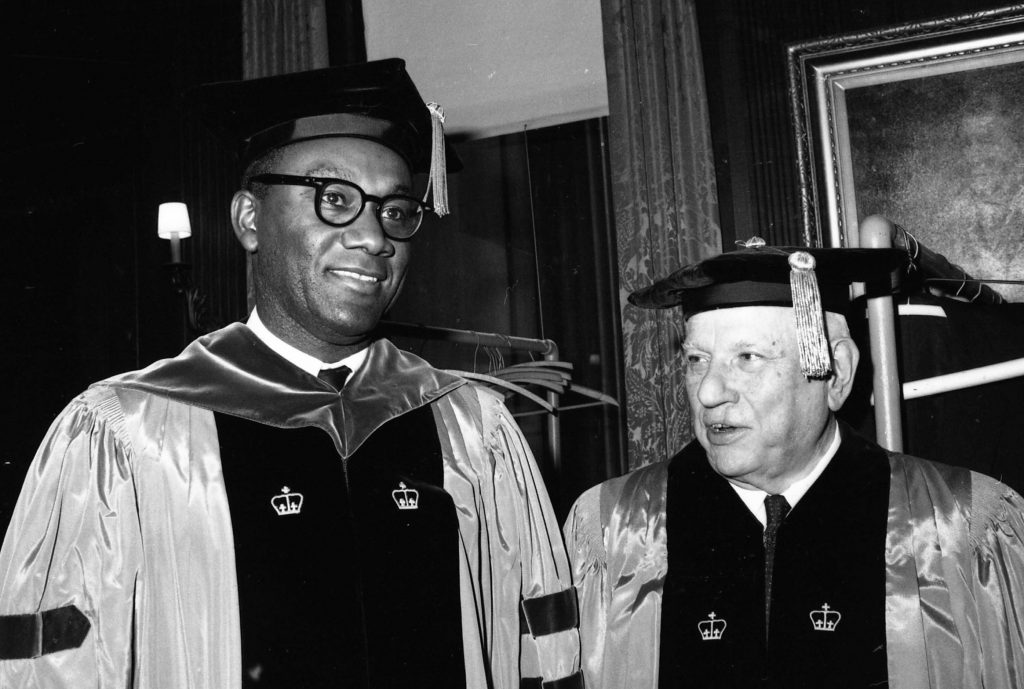 Every January, archival records that were previously restricted become “open” or available to researchers. At the University Archives, there is a standard restriction of 25 years from the date of creation for administrative records, a 50-year restriction for trustee records and a 75-year restriction for student records. This means, for example, that with the New Year 2020, administrative records up to 1994 are now open. Most of the newly accessible records can be found in many of our frequently consulted collections, such as the Office of the Provost records. However, there is one set of records that just opened that is particularly interesting: Presidential Search records (UA#0174), Series II. The 1968 Presidential Search records.

On August 23, 1968, four months after Hamilton Hall was occupied by student protestors, President Grayson Kirk announced his retirement. Andrew W. Cordier, then the Dean of the School of International Affairs, replaced Kirk as Acting President for the 1968-1969 academic year. Trustee, faculty and student search committees were created to find a permanent University President. All three committees worked closely in identifying criteria and vetting candidates. By the end of the academic year, the committees were unable to find an agreed-upon candidate, so Acting President Cordier was appointed President for 1969-1970 and the presidential search continued during the following academic year. The records from the unsuccessful search in 1968-1969 are now open to researchers.

Cordier completed his one-year term as President and then continued to serve as Dean of the School of International Affairs, a post he held even while President, through 1972. The Andrew Cordier Papers are available at the RBML, covering his time at the United Nations as Under Secretary in charge of the General Assembly and his tenure at Columbia – both at SIPA and as President. As for the presidential search, it finally came to a conclusion and on February 4, 1970, William J. McGill was appointed the sixteenth President of Columbia University.