When Rev. Dr. Martin Luther King, Jr. was assassinated 50 years ago, Columbia University responded as most other institutions did – with shock and grieving. Flags were set to fly at half-mast until after Dr. King’s funeral and President Kirk sent a telegram on April 5, 1968 to Dr. King’s widow expressing condolences on behalf of the university community. 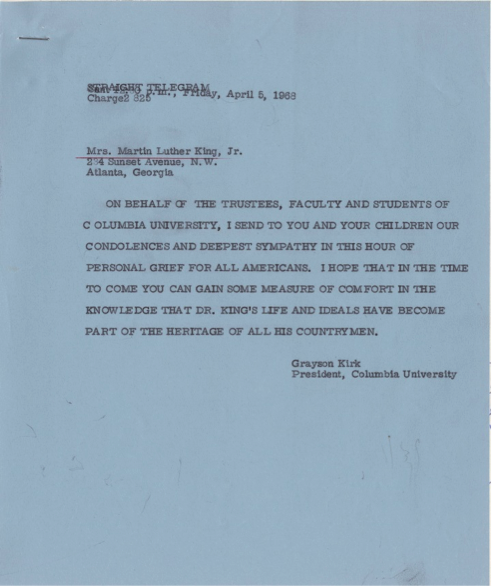 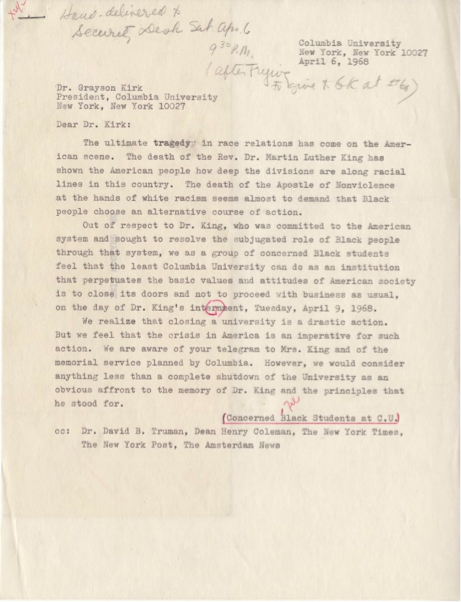