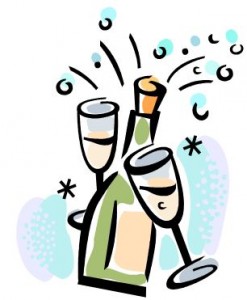 According to the Census Bureau's Population Estimates, the United States projected population will be more than 315 million.  We'll definitely need a few extra glasses!  Enjoy these and other Facts for Features & Special Editions at the U.S. Census website.