The Oral History Archives at Columbia (OHAC) is pleased to announce that it will be the sole repository of the official oral histories of the presidency of Barack Obama (CC ’83). 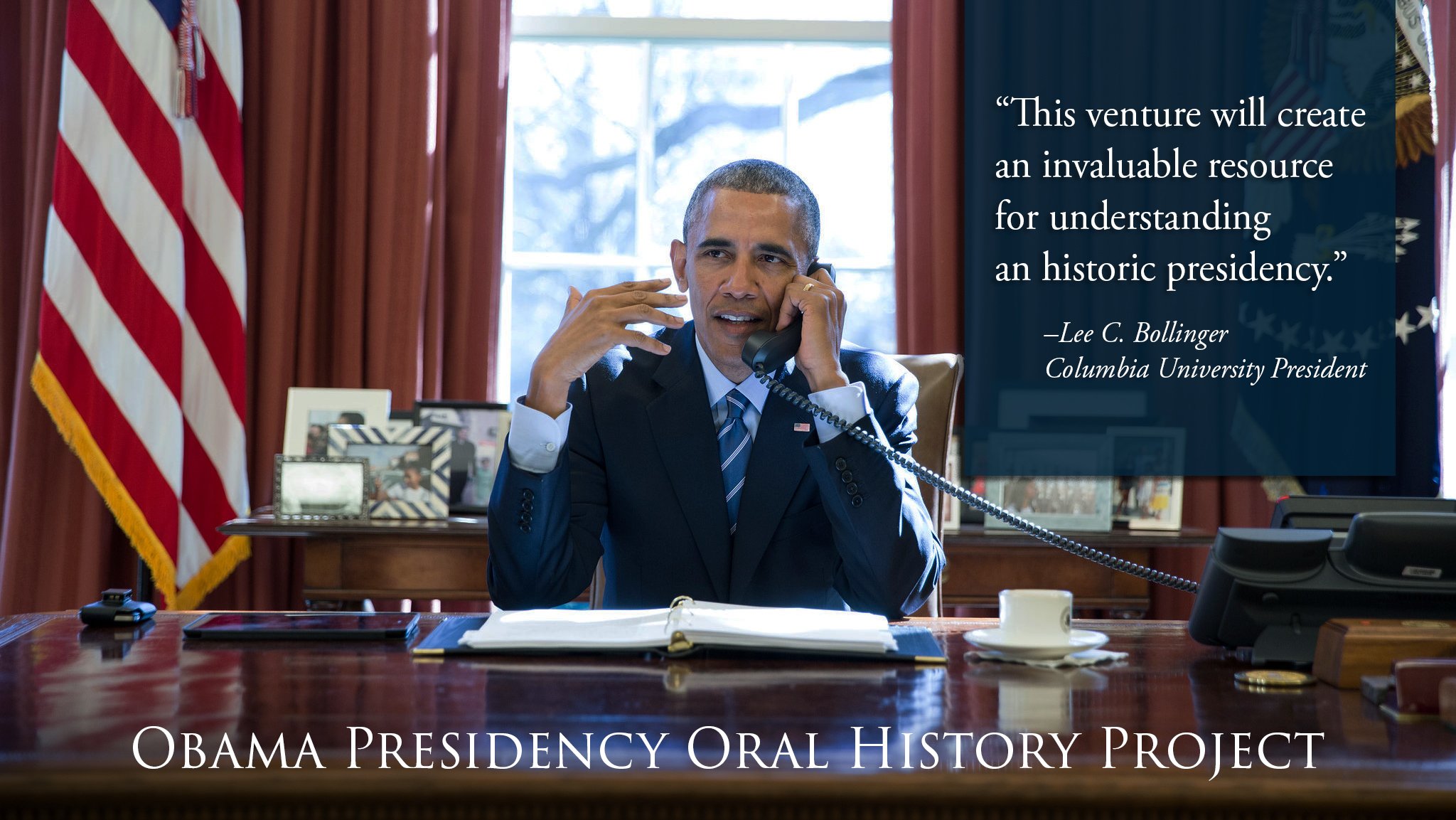 From the University’s official announcement:

Starting this summer and over the next five years, the Obama Presidency Oral History Project will conduct interviews with some 400 people, including senior leaders and policy makers within the administration, as well as elected officials, campaign staff, journalists, and other key figures—Republican and Democrat—outside the White House.

The Obama Presidency Oral History Project also will incorporate interviews with individuals representing different dimensions of daily American life, whose perspectives enable the archive to weave recollections of administration officials with the stories and experiences of people who were affected by the Administration’s decisions. This project will also examine Mrs. Obama’s work and legacy as First Lady.

Work on the project will begin the summer of 2019 and is expected to be completed in roughly five years. At the conclusion of the project, the transcripts of each interview will be posted online for all interviewees who have given permission to do so. Interview audio and transcripts will also be available in the Rare Book & Manuscript Library reading rooms, which are open to the public.

The Columbia Center for Oral History Research, housed at the Interdisciplinary Center for Innovative Theory and Empirics (INCITE), Columbia University’s leading interdisciplinary social science research center, will be the lead investigators on the project. The Center’s recent major works include projects to document how New Yorkers experienced September 11, the “Rule of Law” project to examine Guantanamo and civil rights law in the twenty-first century, and a history of the Council of Foreign Relations.

You can keep track of project developments via the official website of the Obama Presidency Oral History Project.