Join the Lehman Center for American History for a conversation with historian Dan Royles about his new book To Make the Wounded Whole: African American Responses to HIV/AIDS.

In the decades since it was identified in 1981, HIV/AIDS has devastated African American communities. Members of those communities mobilized to fight the epidemic and its consequences from the beginning of the AIDS activist movement. They struggled not only to overcome the stigma and denial surrounding a “white gay disease” in Black America, but also to bring resources to struggling communities that were often dismissed as too “hard to reach.” To Make the Wounded Whole offers the first history of African American AIDS activism in all of its depth and breadth. Dan Royles introduces a diverse constellation of activists, including medical professionals, Black gay intellectuals, church pastors,

Nation of Islam leaders, recovering drug users, and Black feminists who pursued a wide array of grassroots approaches to slow the epidemic’s spread and address its impacts. Through interlinked stories from Philadelphia and Atlanta to South Africa and back again, Royles documents the diverse, creative, and global work of African American activists in the decades-long battle against HIV/AIDS. 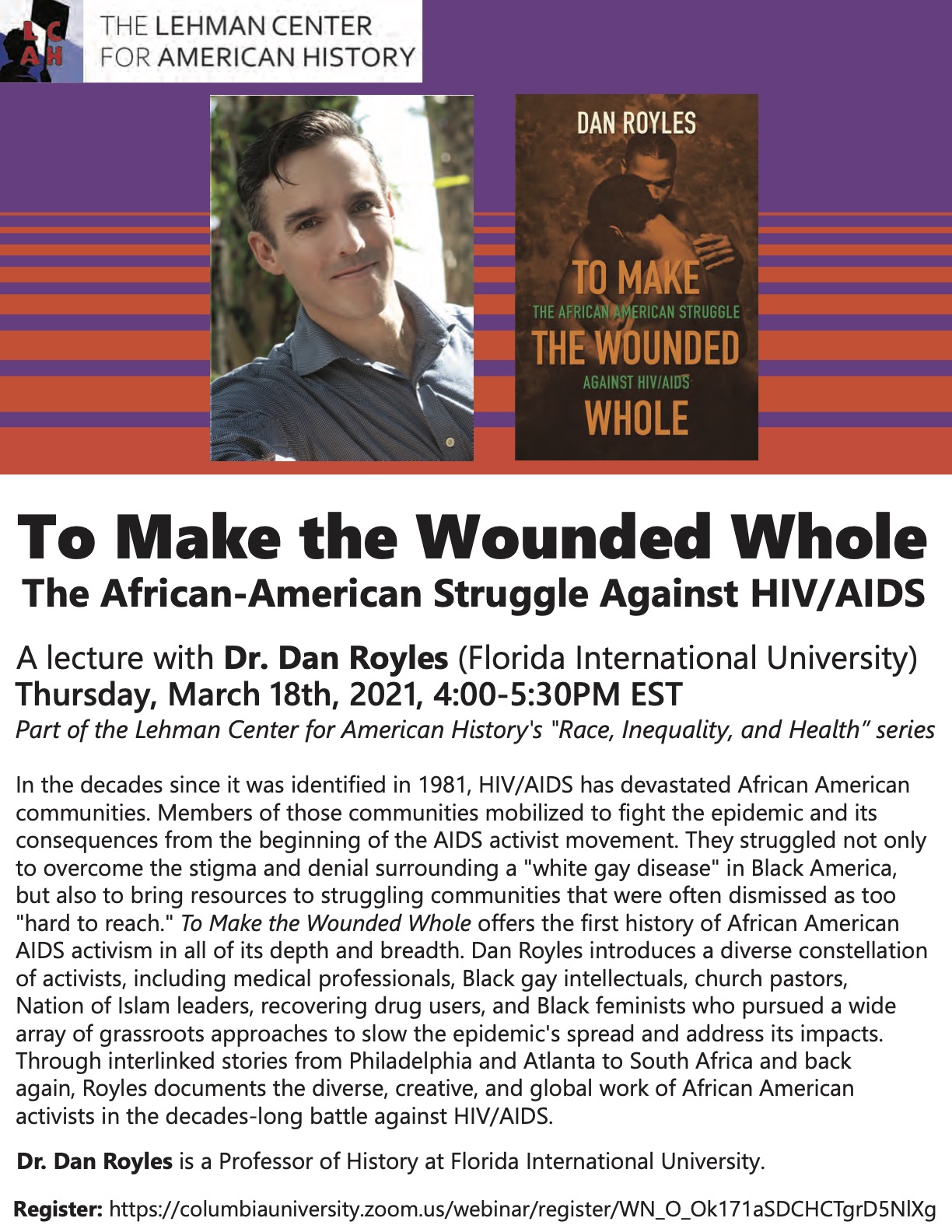 This event is part of the Lehman Center’s “Race, Inequality, and Health” lecture series.